(Rockwall) May 27, 2013 – Every summer the Rockwall Community Playhouse holds two youth-oriented productions – one for children ages 6-12 and one for teens. But last August the RCP board decided to add an acting camp for adults aged 16 and up with special needs, and so STAR (Special Theatre At Rockwall) was born.

For two weeks the actors learned their lines, focused on the choreographer’s stage directions, and memorized the lyrics to all the songs. To assist them,  actors were paired with mentors who helped guide them through the rehearsals and performances or as one delighted actor exclaimed, “You’re my best friend for two weeks!”

“RCP seeks to provide opportunities for public education and entertainment. The board members who dreamed its inception years ago knew the STAR program met both of those goals for us, and we knew it could help build self- confidence and improve language skills for our actors. What we didn’t realize, as we watched the first show with tears in our eyes, is what we would gain having met these amazing special needs adults. They bring value and meaning to our community and our audiences’ lives. We’re pleased to continue this program at RCP and hope that it continues to grow,” said RCP Board President Whitney Rosenbalm.

Having opportunities  like this for special needs adults  is very important, since once they graduate from high school  there are few organized programs, with the exception of Special Olympics, that provide the chance for them to interact with one another and with the non-handicapped community. Working with someone who has Down syndrome or autism is a rewarding experience, as the mentors quickly discovered.

Student volunteers had a great time bonding with the actors. Anne-Marie Thacker, a 14-year-old volunteer with the National Charity League, is a regular actress and volunteer at the playhouse and participated in STAR last summer.

“I loved being able to make such hilarious friendships! We talked together, laughed together, and even danced together! I wouldn’t miss the chance to do it again this year!” Annie-Marie said.

“James was so much fun to be around,” she said. “Every day he raced into the theatre. He loved being there and carried his script like it was a treasure. It was two very intense weeks, and one of the most rewarding things I have ever done. I was grateful to have been able to share it with my daughter.”

“I’ve directed for a long time, but I learned so much about communication and group support while working with these cast members. I am better because of them.” ~ Pam Whitaker, 2012  STAR Director

“The time I have spent with the STAR Players has been so rewarding. They always give 110% of their time and talents. Their appreciation and love for me, the staff, and each other is unbelievable. I’ve directed for a long time, but I learned so much about communication and group support while working with these cast members. I am better because of them,” she said.

When asked what she liked best about performing in Oliver, Allison Elliott, one of the STAR Players, said, “I liked the singing and dancing and being with the people.”

Her mother who also appeared in Oliver, added, “The acceptance of the STAR Players by the cast was incredible. The musical provided another opportunity to demonstrate that a partnership between people with disabilities and the non-handicapped community can be successful, and everybody benefits!”

This year’s STAR Director, Lloyd Turney, is very excited to have the chance to work with such a talented and exciting group of actors. Previously, Lloyd directed On Golden Pond, A Christmas Carol, and the teen production of Saved by the Belle at RCP. He is also a talented singer and actor and appeared in RCP’s musical Oliver with many of the STAR Players this past February.

“I was able to see their talents and personalities shine through, both on and off stage, and I am so glad that RCP brought this amazing enrichment program to our community,” Lloyd said.

Christy Brown, who is currently a member of the RCP Board, helped organize the inaugural program and is back again this summer.

“I was so impressed with the dedication of our actors, volunteers, crew and supporting families.  When one of actors, literally, stopped the bows in our final show so that she could thank her family for giving her the opportunity to perform on the RCP stage, I knew we had put together something really special,” Brown said.

Last year’s STAR production was High School Musical which is basically a current rewrite of the classic Shakespearean drama Romeo and Juliet. Continuing along the same timeless theme, this year the STAR Players will be performing another tale of star-crossed lovers, Grease—the School Version.

Applications for STAR Players and volunteers are available online at rockwallcommunityplayhouse.org.

Rehearsals will be from 9 a.m. to noon Friday, August 9. 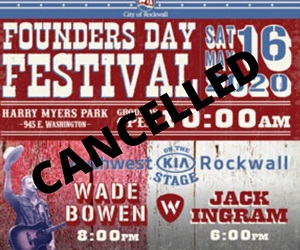