By Austin on October 20, 2020 2:18 PMComments Off on Rockwall equestrian wins world title 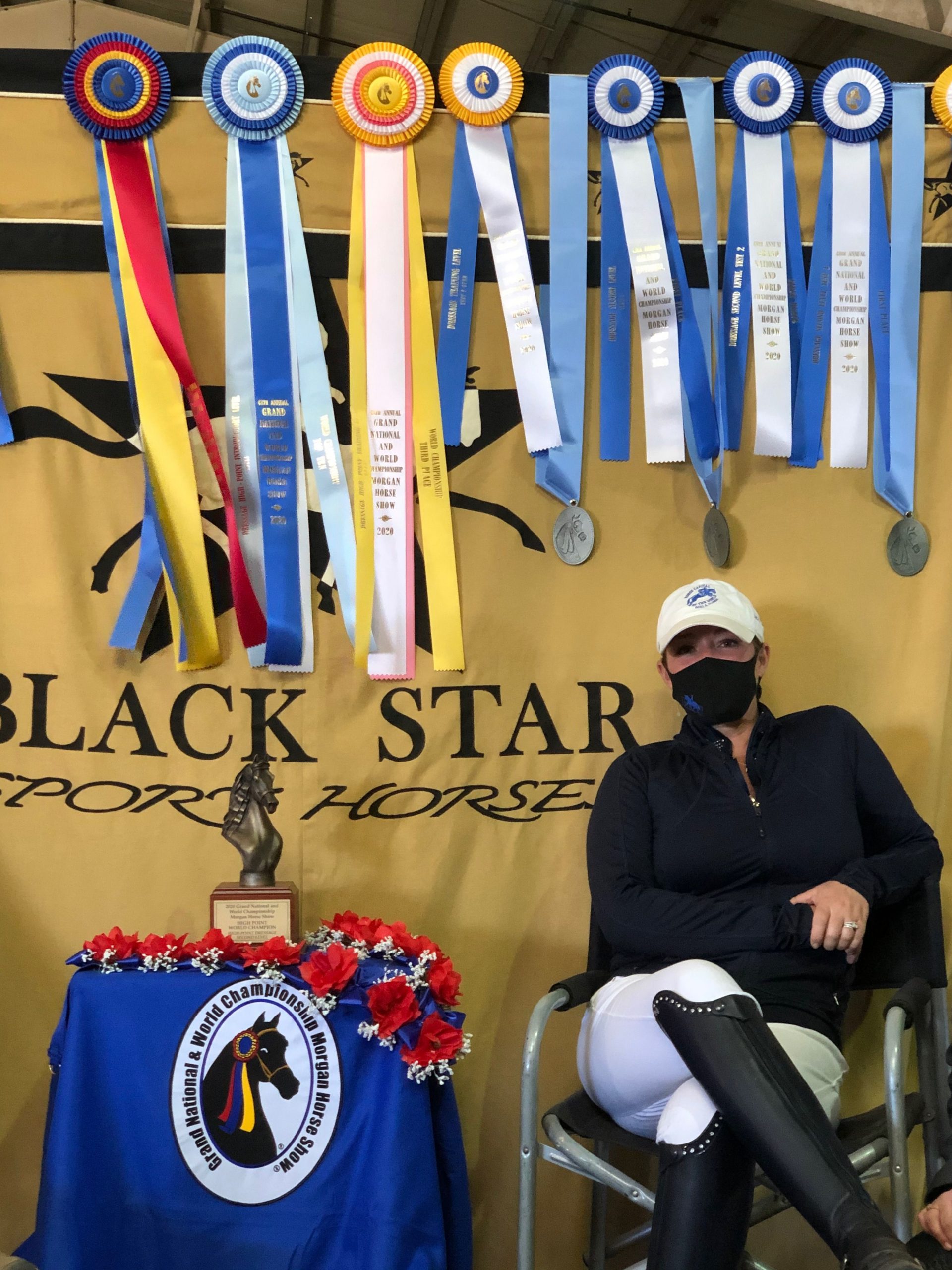 The championship win is the second for Blackmon-White and her first riding the Morgan horse breed, claiming the title with the gelding Hermès. The gelding is owned by Heath resident Cindy Becker, and Blackmon-White has been training with him since December of 2019.

“I am tremendously proud of Hermès and the team,” Blackmon-White said. “Cindy bred a really great horse, and she actually has four other horses with us, two who competed in the championship show.”

With COVID-19 shutting down many equestrian shows, Blackmon-White said she had only been able to compete in two shows with Hermès prior to the Morgan Grand National show. Despite that, the two ended up winning at second level and won their classes all three days in a row, giving them enough points to claim the championship.

Blackmon-White won her first world title on a Friesian, and said the Morgan and Friesian breeds are very similar. But one thing that stands out to her about Hermès is his work ethic and love of the spotlight.

“He loves to work and do his job,” Blackmon-White said. “He loves to get his picture taken. I’d say Morgans are just really cool because they love to be seen. I tend to really like horses that have a huge personality and love to show off.” 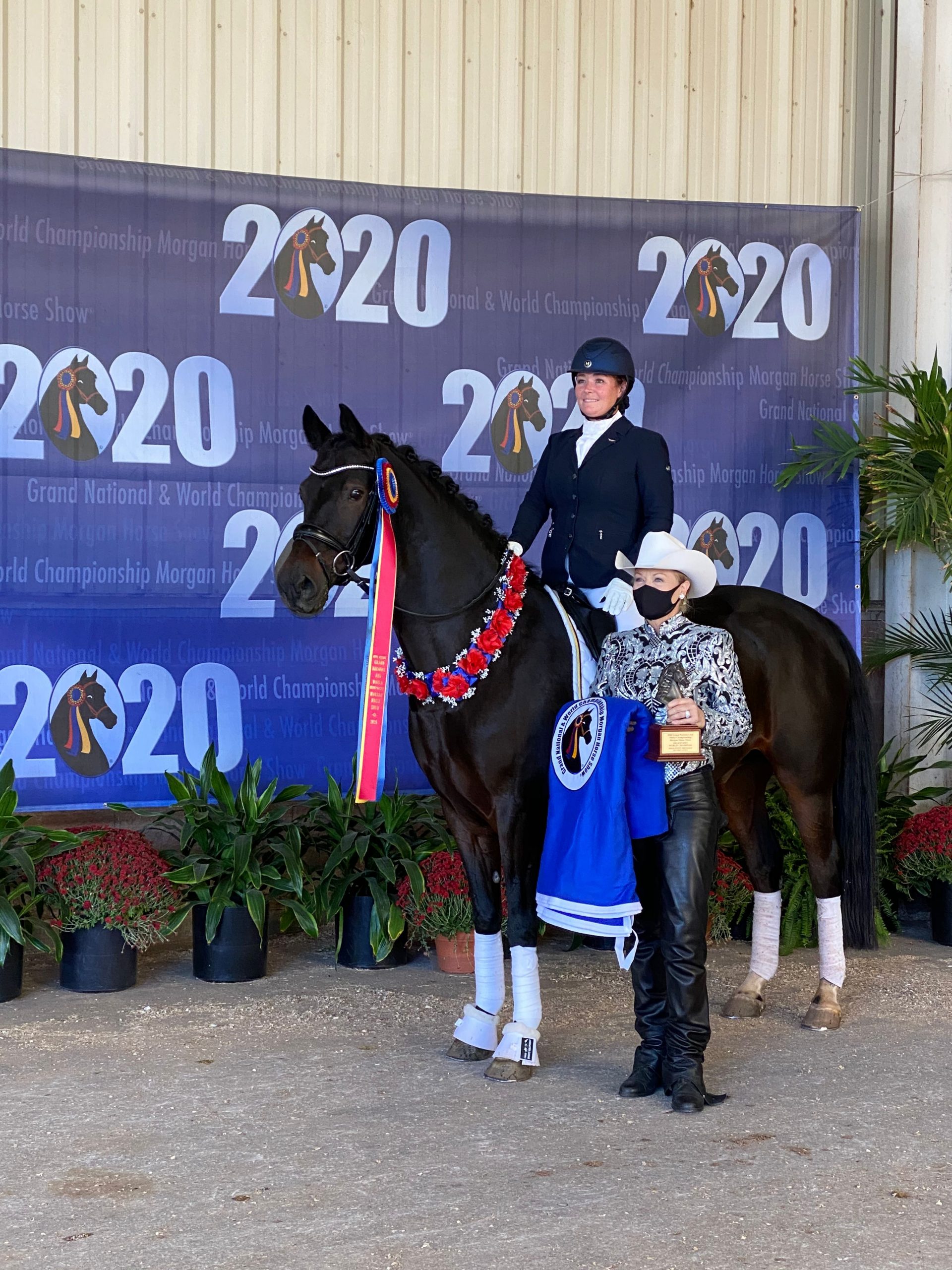 You could say training show horses runs in Blackmon-White’s blood. Her parents, Lisa and Jackie Blackmon, own and operate Black Star Sport Horses in Rockwall, so Blackmon-White has been around horses practically her whole life. She trained in Germany for a summer when she was 15 years old, and after that she knew dressage was what she wanted to do. She’s been pursuing that passion ever since.

Blackmon-White said she will next begin training for third level dressage with Hermès.

“He has the aptitude to continue going up the levels, and I think he’ll be happy to continue learning and growing stronger,” she said.

Black Star Sport Horses is a premier dressage training, show, and sales facility located on 255 acres in Rockwall. Jackie grew up training young horses in Fort Worth and has since won over 40 USDF Championships. Lisa has spent her life training and competing on international sport horses, even training seven Grand Prix horses. Together Jackie and Lisa run a program dedicated to helping each horse reach its full potential. For more information, visit www.blackstarsporthorses.com.