By Austin on August 6, 2021 9:12 AMComments Off on Rising country artist Erin Kinsey of Rockwall drives thousands of TikTok fans to download her new single, ‘Just Drive’ 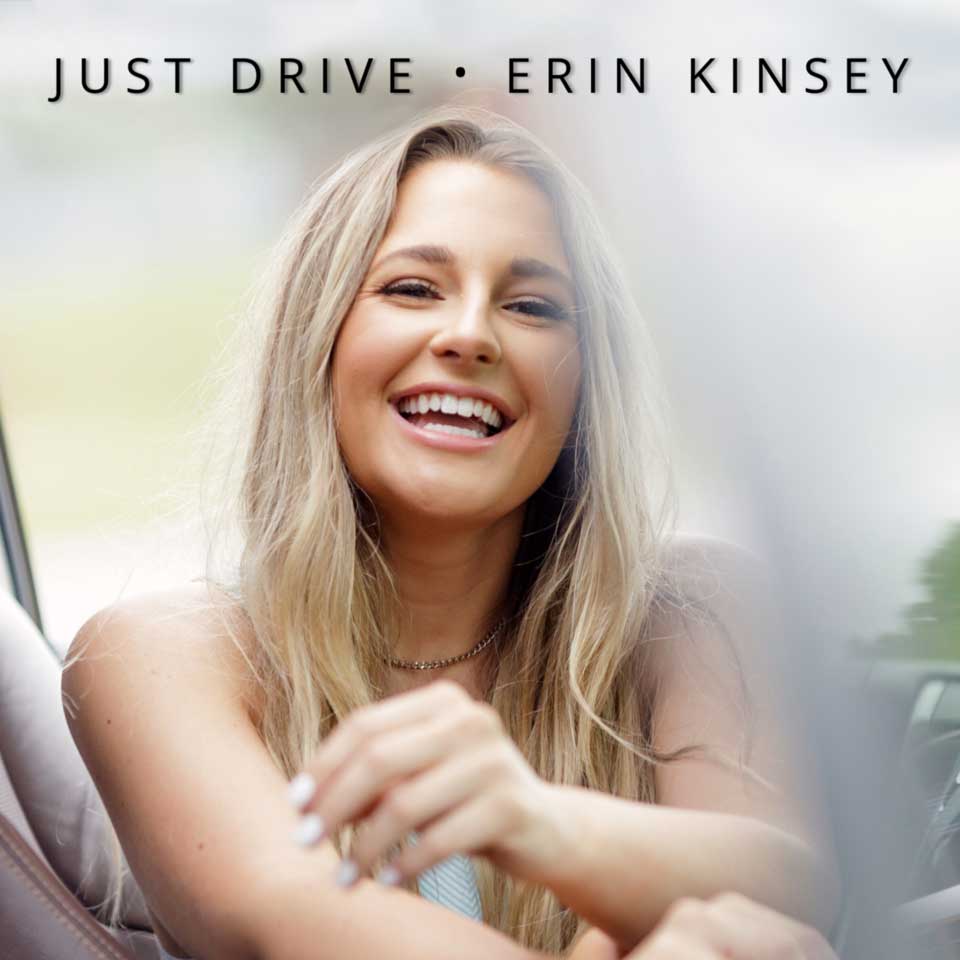 ROCKWALL, TX – August 6, 2021 — Rising country artist, songwriter and multi-instrumentalist Erin Kinsey is driving thousands of TikTok fans to download her new single “Just Drive.”  This is the second single released by Kinsey, who shared sneak peek video clips of the song on her socials, garnering more than 7.2 million views on TikTok and an incredible 62,500+ pre-saves.

Erin says the idea behind the song, written by Kinsey, Michael August and Josh Ronen, was sparked when she thought of combining country lyrics with the gritty sound of a pop rock Paramore song and that’s how it came to life. Anyone can relate to the song if they think about a time in their life where they wanted to get away from it all, get in the car with their significant other and… just drive.

“I wasn’t sure if people would connect with this song because it felt pretty specific to me,” said Erin Kinsey.  “But it turns out that it’s the little details in the lyrics that so many people could really relate to and shared the experience.  It seems like the car might be the only time any of us can get that quality time together.  So many people described feeling a sense of freedom when they could just drive.”

Kinsey, a Texas native, will be returning to her roots headlining Southern Junction Nightclub in Royse City, TX on August 21st to perform for her hometown crowd.  The event marks her first full concert in the area since releasing her popular debut single, “Drunk Too.”  An impromptu performance of “Drunk Too” also went viral on social media, inspiring Kinsey to release the single months ahead of schedule this past April.

“I’m just an everyday girl that wants to create and sing music for other people like me,” said Kinsey.  “I love playing live shows, whether it’s a songwriter’s round or with a full band, I’m ready to get out there to play my music.”

In addition, Erin will be a guest performer on August 7th Songwriter Session with Victoria Shaw at the Ford Theater (Country Music Hall of Fame) and a Songwriter’s Round on August 14th at Analog (Hutton Hotel).

In 2020, Kinsey co-wrote an inspiring song to raise awareness for breast cancer that became the anthem for Susan G. Komen called “PINK,” and was recorded by the legendary Dolly Parton along with Monica, Jordin Sparks, Rita Wilson and Sara Evans — that imagines a day when pink is just another color and no longer the symbol of breast cancer. (Official Video)  Erin then made her Opry debut this past October on the “Opry Goes Pink” show with a huge lineup supporting the fight against breast cancer.

“Just Drive” is available now on Apple Music, Spotify, Pandora and more; with the music video available on her YouTube Channel.

Rising country artist Erin Kinsey of Rockwall drives thousands of TikTok fans to download her new single, ‘Just Drive’ added by Austin on August 6, 2021 9:12 AM
View all posts by Austin →