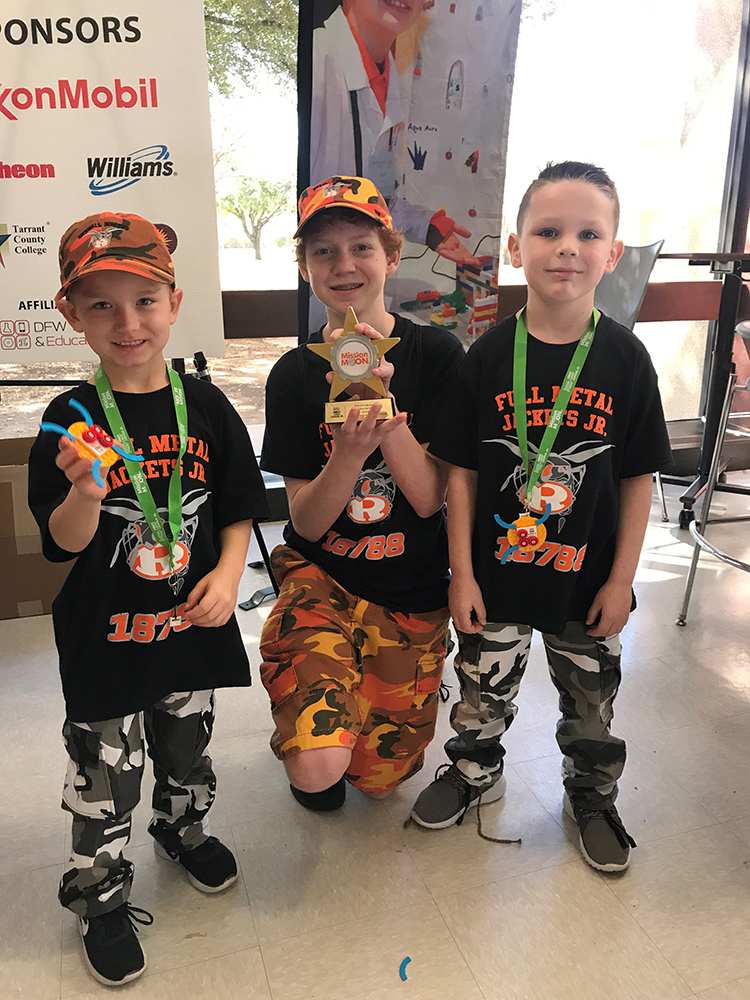 Rockwall Makerspace, a 16-year supporter of robotics, was the first sponsor on board and allows the new FLL Jr. team to hold their practices at the Rockwall Makerspace. All Sports Etc, has been a robotics sponsor for four years and donated T-shirts to the new team.

The students learn team building skills, created a robot out of Legos, learned to program their Lego robot using WeDo 2.0 software, and wrote what they have learned in their engineering journal after every meeting. The students were also required to make a Show Me Poster – to be able to talk to judges about what they had learned.

Full Metal Jackets Jr. attended the North Texas Expo in Plano on March 16. They were the youngest team at the expo with Nickolas Grato kindergarten, and Caden Buchanan 1st grader both who attend Billie Stevenson Elementary. Austin was part of the award winning FLL Team 13376 Rockin Robotics from Billie Stevenson Elementary and is currently a member of the award winning Full Metal Jackets of Rockwall High. When asked why he wanted to create an FLL Jr. Team, Austin said, “I had amazing experiences when I was on the Rockin Robotics team. I competed at the University of Arkansas an international competition as well as the World Championship. I want to see other students have the same opportunities.” 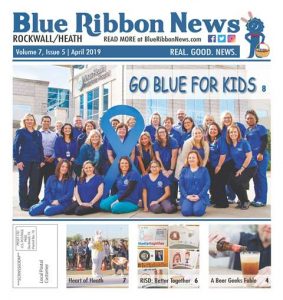