In October, the Rockwall ISD Board of Trustees unanimously voted to take advantage of low-interest rates and refinance bonds from the 2007 bond referendum. At the Board’s Monthly Meeting on January 21, the administration announced the Board’s action saved taxpayers $8.5 million. In addition, the Board’s refinancing/refunding of bonds from 2015 through 2019 resulted in a total combined savings of $49.6 million for taxpayers.

“Just as many homeowners are refinancing their household mortgage to take advantage of low-interest rates, Rockwall ISD and our School Board have refinanced outstanding bonds from the District’s debt portfolio,” said John Villarreal, Rockwall ISD Superintendent. “Even more significant is the total amount of savings for our taxpayers since 2015 as a result of our bond refinancing/refunding plan. To put this savings in context, the Dr. Gene Burton College & Career Academy was a $49.5 million facility project.”

Rockwall ISD has won numerous awards for fiscal responsibility and transparency. The district’s current tax rate is the lowest it has been in the past 28 years (see chart below). 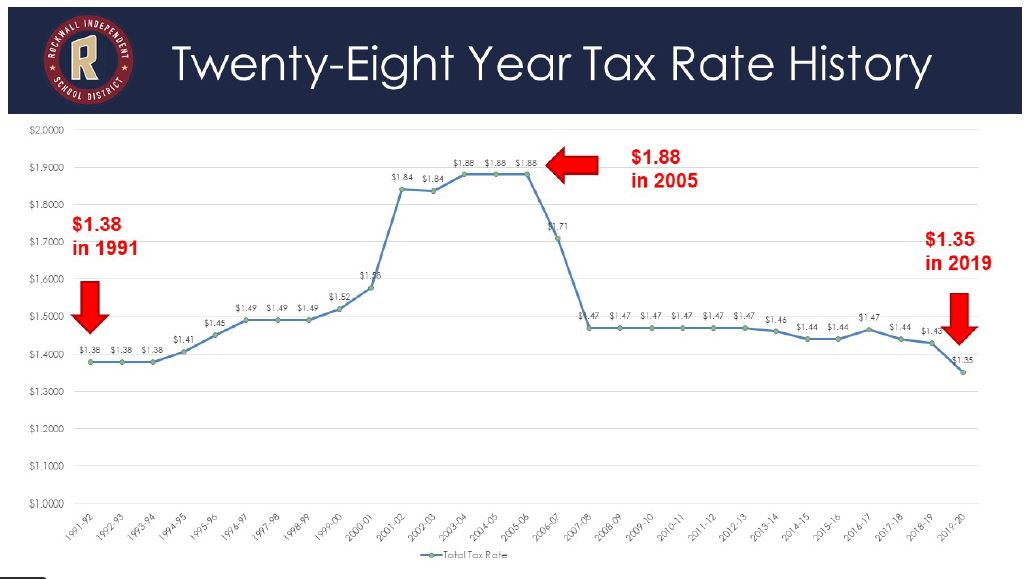