Rockwall resident Jared Guynes, who many in our community know and love as a Guinness World Record holder and administrator of the Rockwallian Facebook group, was recently named Nerf Ultra Champion – a coveted title that came with a $10,000 prize and a one-of-a-kind Golden Nerf Blaster.

Jared competed in the invitational tournament in New York City last October, defeating a field of 16 competitors, including some of the nation’s top Nerf talent. Due to a non-disclosure agreement, the self-proclaimed Nerfer was unable to share news of his championship win until now.

“I had some notice about the tournament and trained hard,” wrote Jared, who has publicly shared his love of all things Nerf as well as his personal weight loss journey on Facebook. “What was being perceived by you all as weight loss training was in fact tournament preparation. I listened to the Rocky 4 sound track on repeat countless times. Maybe more than 100. I setup mock targets at the YMCA and in private warehouses and wore out the blaster doing target practice. I really, truly pushed myself and prepared.”

At the time of the competition, Jared had shed 60 pounds. He has since dropped over 40 more.

“It was not a cake walk,” Jared said. And of his competitors he wrote, “Aaron and Frank especially, are better shots with Nerf than I am. Both of them qualified better than me, and another competitor named Caleb was a single dart away from eliminating me from the finals. This was not setup, and the tension and drama was absolutely real.”

Jared describes the win as “huge, emotional and overwhelming for me. All the training and work paid off…I nabbed $10,000 and became the first ever solo Nerf Champion.”

The father of two added that at the time of the tournament his wife, Ashley, was a month away from giving birth to their son, Ronin. “My sole focus was to acquire the money to support him and my family.” Ashley and Jared also have a 4-year-old daughter named Cora.

As the reigning Guinness World Record holder for the “Largest Toy Pistol Fight”, Jared is also responsible for the return of the largest foam blaster battle of all time – Jared’s Epic Nerf Battle 5 (or JENB5) – coming to AT&T Stadium from 6 to 10 p.m. Saturday, March 1. The event is open to all ages and includes special guest appearances by Nerf YouTube celebrities, as well as global product reveals and self-guided stadium tours. For tickets and more information, visit www.jenb5.com. Limited tickets remain. 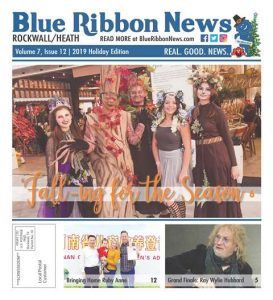