By Editor on February 5, 2020 3:18 PMComments Off on  Texas Game Wardens bite down on shark finning offenders in Houston, Dallas

AUSTIN— Texas Game Wardens are filing several Class B misdemeanor charges on 10 restaurants and markets in the Houston and Dallas area for selling shark fins and shark fin products. 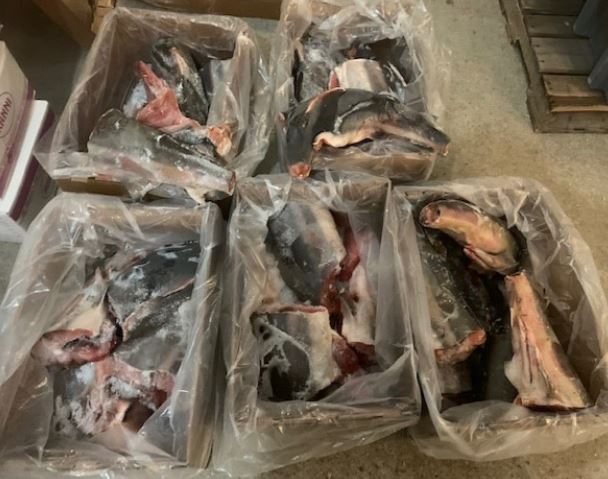 “Protecting the many shark species residing and migrating through the Gulf of Mexico, as well as the illegally trafficked sharks from around the world, offered for sale in Texas is one of our highest priorities,” said Col. Grahame Jones, Law Enforcement Director at the Texas Parks and Wildlife Department. “Texas Game Wardens will continue to proactively work investigations related to illegal shark fin products and violations against the many species of wildlife found throughout the state.”

The charges, which are being filed with the Harris and Dallas County District Attorney’s offices, are the result of an extensive investigation involving several businesses allegedly participating in the illegal commercialization of fins from various protected shark species. The Texas Parks and Wildlife Department’s Special Investigations Unit and game wardens from the Houston and Dallas area executed multiple search warrants which led to evidence seizures in both cities.

Additionally, Harris County game wardens are wrapping up an investigation from December 2019 that resulted in Class A and Class B misdemeanor charges on multiple retail and wholesale fish dealers in the Houston and Seabrook area. Charges include possession of a shark without the fins and the unlawful commercial sale or purchase of aquatic products. During the investigation, about 30,000 pounds of shark carcasses were found to have been sold and several hundred pounds were seized by wardens. All charges are being filed through the Harris County District Attorney’s office.

Texas Game Wardens bite down on shark finning offenders in Houston, Dallas added by Editor on February 5, 2020 3:18 PM
View all posts by Editor →