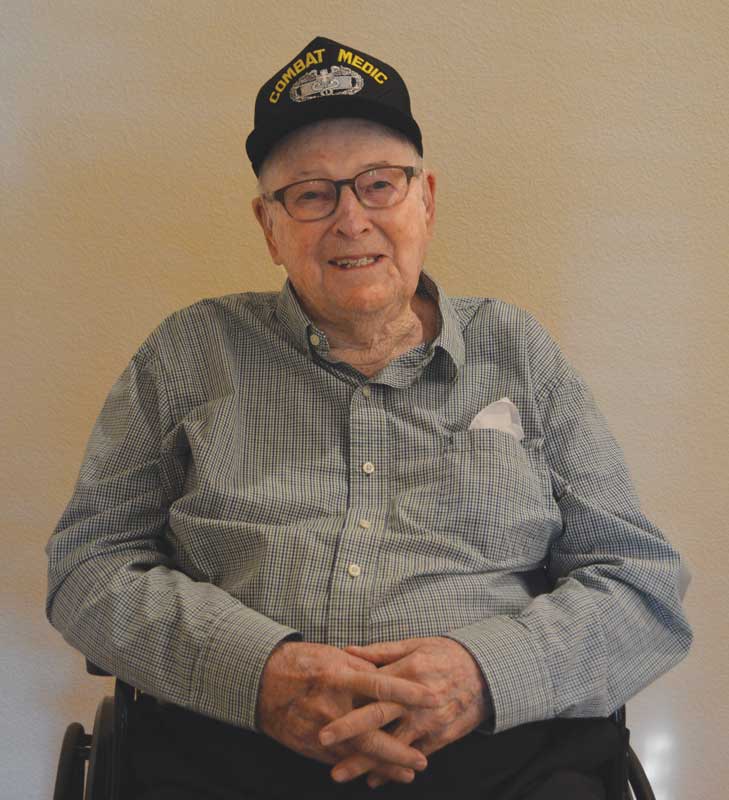 ROCKWALL, TX – October 12, 2020 — Local WWII veteran Herman Billnitzer is in for quite the treat this Halloween when he celebrates his 100th birthday.

Herman served in the Navy and as a Corpsman of the 1st Marines Division during the Pacific War. He spent four years of service in the Pacific providing aid to injured soldiers on the front lines, and as you can imagine, he has some very harrowing stories to tell from his experience. He served at the same time as his three brothers Paul, Carl and Teddy. His two older brothers, Paul and Carl, served as officers and his youngest brother Teddy served as a combat medic. Today, he lives in Rockwall with his daughter Cheryl Wynne and is an active member of the American Legion Terry Fisher Post 117 of Rockwall.