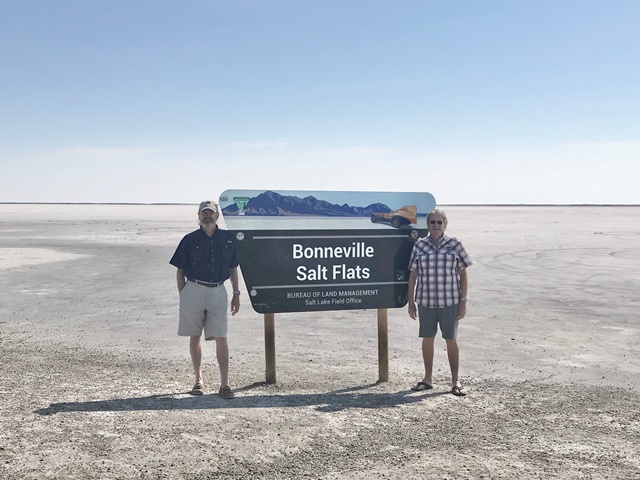 HEATH, TX – November 24, 2020 – On November 15, 1965, Craig Breedlove set a new land speed record, driving his Spirit of America jet-powered vehicle at the Bonneville Salt Flats in Utah.  On that day, I was a ten year-old kid, living on a farm in North Dakota.

Soon after Breedlove’s record setting run, I received my monthly Hot Rod magazine that described his achievement. I read the article and was mesmerized – by a jet-powered car, by driving at a speed just below the sound barrier, and by an exotic place called the Bonneville Salt Flats! All of this seemed like science fiction, and certainly seemed to exist in a world I knew nothing about.

Fast forward to 2020. I turned 65 on August 28, and I told my wife I wanted to plan something special. For Mary, that meant throwing me the greatest birthday party ever! For me it meant a road trip in our convertible to see things in America that we had never seen before. As we planned the road trip, I decided that this was my opportunity to drive the Bonneville Salt Flats.

The birthday party was a smashing success, and a couple weeks later, we took off on our trip.  We arrived in Salt Lake City on Sept. 24, and the next day, my brother Paul and I jumped into my BMW 428i and headed west. After a couple hours on the road, we arrived at the salt flats, and immediately realized that the name was perfect. Miles and miles of a hard white salt base, that was flatter than my uncle singing in the church choir!

Amazingly, however, there was nothing else. No grand entrance, no checkpoints – not even a gift shop! We drove down a 2-mile blacktop road, and when the road stopped, we entered onto the flats. There were a few other visitors there for the same reason we had come – to drive fast.  However, there were no “officials” to give instructions, so we took off.

For the first run, I challenged a guy in a red Mustang to a race. He had me off the line, but by the time we hit about 90 mph, his acceleration slowed but mine continued, and I passed him. Next run was due north to check out my top end. I nearly lost my religion when the car wouldn’t go faster than 132 mph, I had been foiled by an electronic governor! On the next run, my brother took over and headed southwest at full acceleration. On my next run, I spun a few donuts and did a couple power slides – all of which was reminiscent of driving on snowy parking lots and frozen lakes back in North Dakota.

A couple hours after we arrived, and happier than the morning sun, we drove off the salt flats, back onto the blacktop road and headed back to civilization – that is, if northeastern Nevada can fit into your concept of civilization.

Later, when describing the experience to my wife, I realized that my day at Bonneville was about much more than driving fast. (After all, if given truth serum I might reveal driving at similar speeds on paved highways!)

No, what made Bonneville so great was freedom! We were able to go onto a 30,000 acre expanse of rock-hard white salt, an area 12 miles long and 5 miles wide (at 46 square miles, nearly one third the size of Rockwall County), without paying an entrance fee and without explaining to anyone why we were there. Then, once we were on the flats, we were able to drive anywhere, in any direction, and at any speed we wanted. There were no rules: no one to tell us where to drive, no one making us take turns, and no need for a radar gun! If we had a problem, we would bear the consequences. If not, it was fun, fun, fun till daddy takes the T-Bird away!

We live in America – the land of the free and the home of the brave. However, over the years many elements that make true freedom so enjoyable have been lost. Those of you that are my age or older probably remember the simpler days of our youth, days that seemed so free. Times when you could be gone all day, as long as you came home for supper. Times when you could get into “trouble”, where your feared your parents and neighbors more than some bureaucracy. 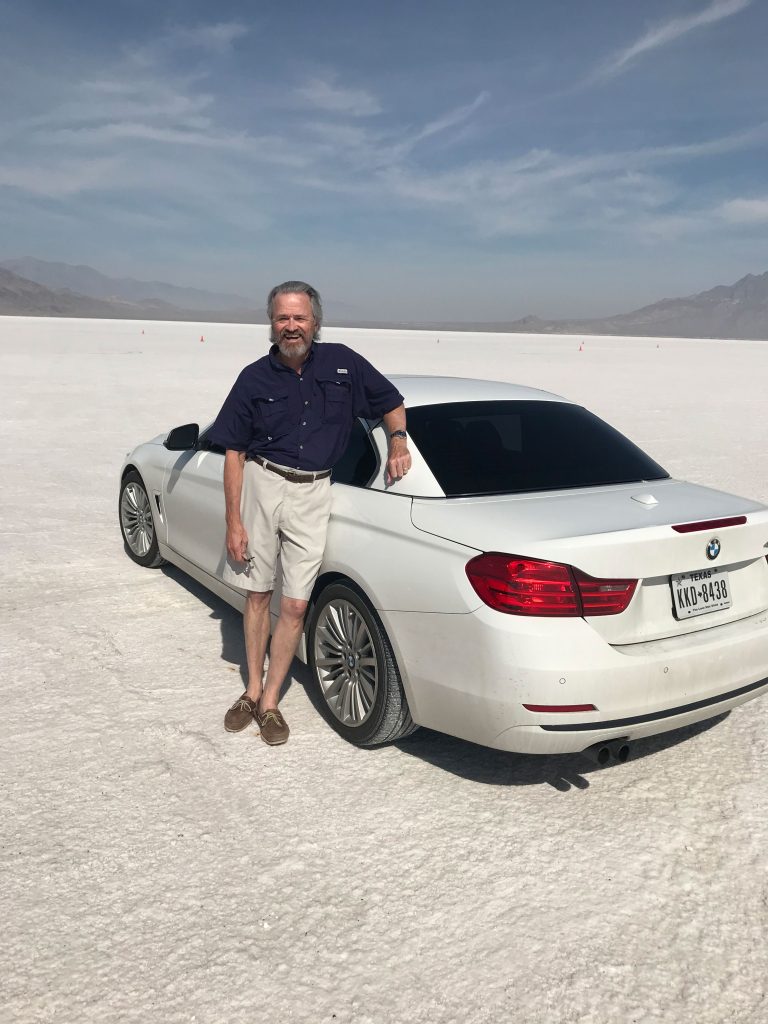 Too often we are willing to sacrifice our freedoms without even noticing. We’re seemingly like the legendary frog in the pot of water sitting on the stove. But when you get to experience simple freedoms, like driving on the salt flats, you realize how precious our freedom is, and you resolve to do all you can to enjoy it and protect it. So enjoy it while you can – but make sure that if you go to Bonneville, your car doesn’t have a governor!