By Austin on December 18, 2020 2:09 PMComments Off on Terry Fisher American Legion Post 117 celebrates lives of passing members with memorial ceremony 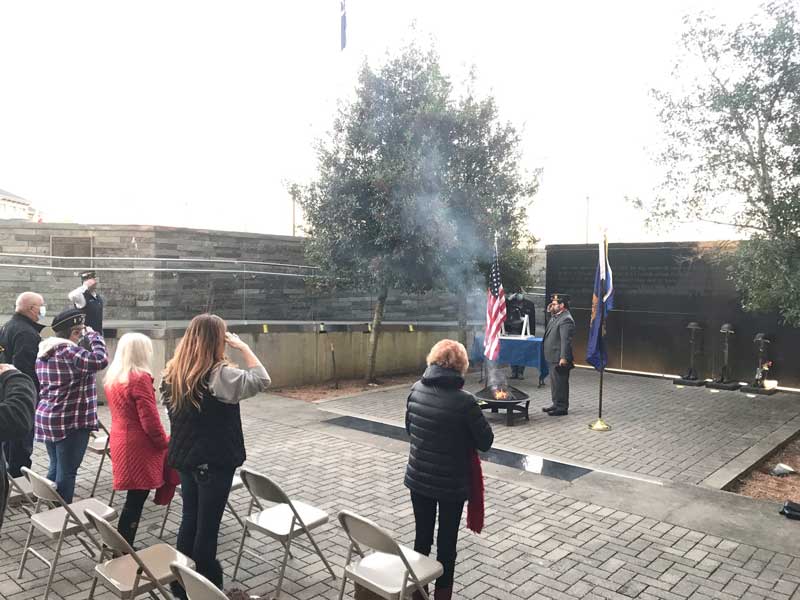 ROCKWALL, TX – December 18, 2020 — On Dec. 17, the Terry Fisher American Legion Post 117 held a memorial ceremony to celebrate the lives of its members who passed away this year. The public event was held at the Veterans Memorial outside the Rockwall County Courthouse (1111 E Yellow Jacket Ln.).

The passing members’ names and branch of service were read aloud as a fire was lit and a bell tolled after the reading of each name. Post 117 Chaplain Mike Donegan then led those in attendance in prayer for the deceased.

The veterans celebrated and remembered at the ceremony were as follows: