By Editor on August 20, 2021 1:10 PMComments Off on TxDOT urges Texans to consider the tragic impact before getting behind the wheel after drinking

EVERY NINE HOURS SOMEONE DIES FROM DRUNK DRIVING IN TEXAS 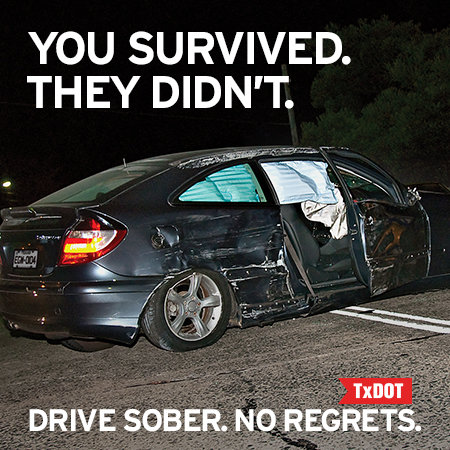 AUSTIN – No parent should ever receive the kind of devastating news that two Bryan police officers delivered to Pam Todaro one early Saturday morning. At 6:45 a.m. on August 9, 2014 they appeared on her doorstep to tell her that her 25-year-old son had been killed in a drunk driving crash.

Her son Dillon was driving home from a fish fry and died instantly when his truck ran off the road hitting a brick mailbox and concrete pole. His blood alcohol concentration (BAC) was 0.16, twice the legal limit.

Dillon is just one of nearly a thousand people killed every year in drunk driving crashes in Texas. Stories like his are part of TxDOT’s “Faces of Drunk Driving” campaign that puts real faces behind the statistics.

Last year there were 963 DUI-alcohol related fatalities. That means on average, a person in Texas dies every nine hours and six minutes as a result of a traffic crash involving alcohol.

”Drinking and driving can lead to tragic consequences that are 100% preventable,” said TxDOT Executive Director Marc Williams. “These consequences involve individuals who made the unfortunate decision to drink and drive along with many innocent victims of those decisions.  This is why it is critical to always plan ahead for a sober ride through a designated driver, taxi, ride-share app or simply by staying where you are. Drinking and driving do not mix.”

One of the new “faces” of the campaign, 25-year-old Walter Tidwell talks about those regrets. He shares details of the night he decided to hop in his car and drive home alone after a long night of drinking. Fortunately, Tidwell was pulled over after driving the wrong way down a one-way street before he could hurt himself or someone else. He just recently resolved the case after three years of court visits and will undergo alcohol and drug offender courses, community service and probation. Tidwell hopes his story will convince others to drive sober.

TxDOT’s new campaign will feature events around the state to share stories of Texans who deal with the consequences of a drunk driving crash every day. Events will include an exhibit of powerful testimonials on video in English and Spanish. Full video stories and other drunk driving facts can be found at https://www.facesofdrunkdriving.com.

The Faces of Drunk Driving is an important aspect of the Drive Sober. No Regrets. campaign which are key components of #EndTheStreakTX, a broader social media and word-of-mouth effort that encourages drivers to make safer choices while behind the wheel, like wearing a seat belt, driving the speed limit, never texting and driving and never driving under the influence of alcohol or other drugs. November 7, 2000 was the last deathless day on Texas roadways. #EndTheStreakTX asks all Texans to commit to driving safely to help end the streak of daily deaths on Texas roadways.

The information contained in this report represents reportable data collected from the Texas Peace Officer’s Crash Report (CR-3). This information was received and processed by the department as of April 26, 2021. 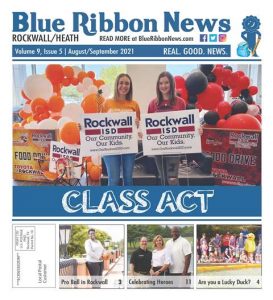 TxDOT urges Texans to consider the tragic impact before getting behind the wheel after drinking added by Editor on August 20, 2021 1:10 PM
View all posts by Editor →