By Austin on January 20, 2022 4:37 PMComments Off on Rockwall Chamber welcomes Congressional update from Rep. Pat Fallon in first Partnership Luncheon of 2022 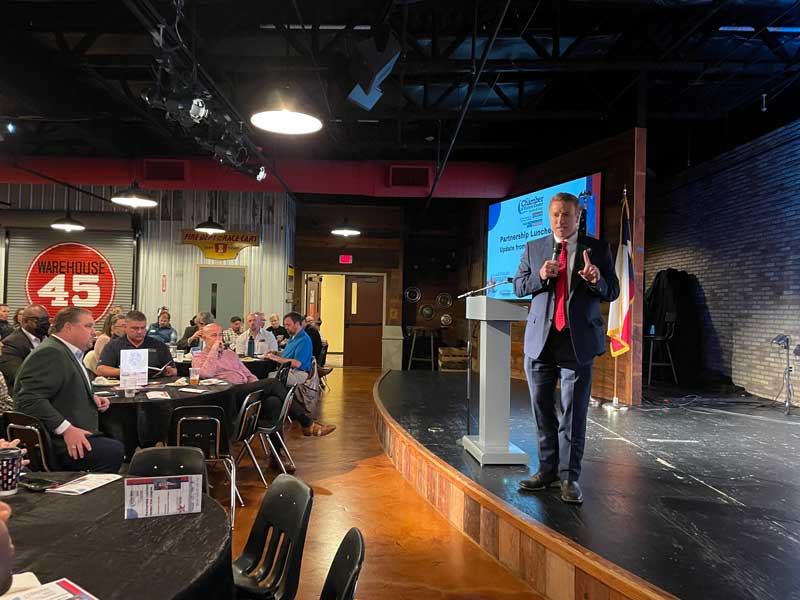 ROCKWALL, TX – January 20, 2022 — The Rockwall Area Chamber of Commerce welcomed a Congressional update from Rep. Pat Fallon in the Chamber’s first Partnership Luncheon of the new year on Jan. 19th.

Fallon has served his North Texas constituents since 2013 when he first ran for the Texas House of Representatives. He served in the Texas House, the Texas Senate and now serves the state’s fourth Congressional District which includes Rockwall County.

Fallon touched on one of the more recent highlights from his office – keeping Rockwall County within Congressional District 4 during redistricting. Every 10 years states redraw their political lines in what is known as redistricting, which shapes the balance of power in Congress for the next decade.

“One of the promises I made two years ago was that I would do everything in my power to keep Rockwall County within Congressional District 4,” Fallon said. “That was one of the major concerns of the folks who lived here, and you understand why when you come out. There’s a physical barrier between Dallas County and Rockwall County – and a lot of other ethereal barriers – that make Rockwall a very unique place to live. My goal was that when I leave, there is a very good chance that somebody from Rockwall could be elected to this office, whether directly after me or successfully after, and that is absolutely what we were able to achieve.” 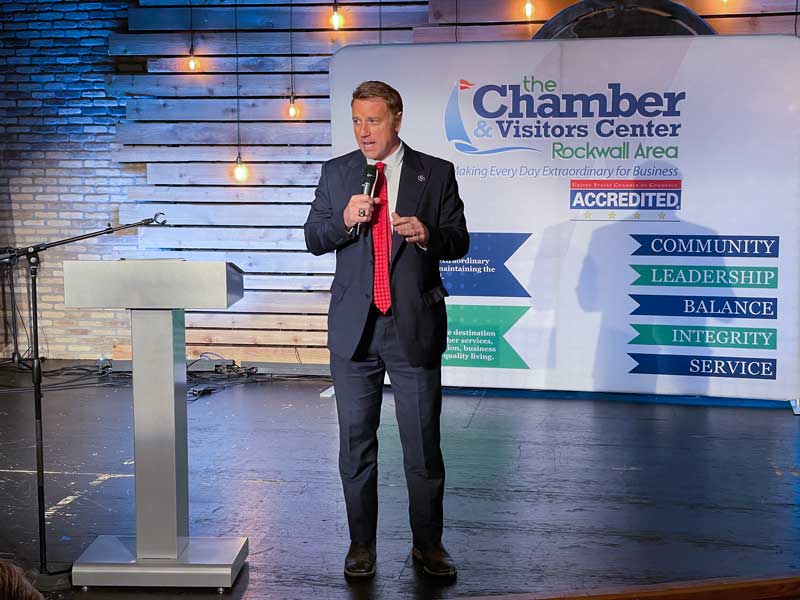 Fallon also addressed the recent inflation, and ways to mitigate the rise in the cost of living with a low income.

“They say costs have gone up seven percent on average, but did you get a seven percent raise this year or return on your investment? If not, then you’re poorer than you were last year. That’s why inflation is so dangerous, because unless you made a seven percent return, your nest egg didn’t grow. And if you made seven percent, which is usually a good return, then you’re even. The best way to grow that nest egg is to not print money – control the money supply.

“That’s why I’ve always been for limited government, low taxes and low regulations because it works better. You see that with the states that have employed those kinds of philosophies. There’s a reason why states like Texas and Florida are growing. People move to or stay in Texas because of liberty, opportunity and prosperity. Those are synonymous with Texas.”

Fallon, who played varsity football at Notre Dame and was a part of the 1988 championship-winning team, concluded with an inspirational message taught to him by legendary Fighting Irish Head Coach Lou Holtz.

“What Coach taught us was to get out of our comfort zones,” Fallon said. “Getting outside our comfort zone is by definition uncomfortable, and it’s scary. But fortune favors the bold. I never would have believed that I could do the things I have achieved in my life in the last 30 years had I not been under his tutelage. And I’ve experienced that because he told us to demand excellence of ourselves. If you go to a nursing home and talk to people who are at the end of their lives, and ask them what their greatest regrets are, they’re never going to tell you it was something I tried and it didn’t work out. They’re always going to say I wish I had tried this but I never did and now I will never know if it ever would have worked out or not.

“Those are the kinds of things we need to be bold on in government as well. I want to make sure our country’s best days have yet to be counted. That’s why I’m really doing this.” 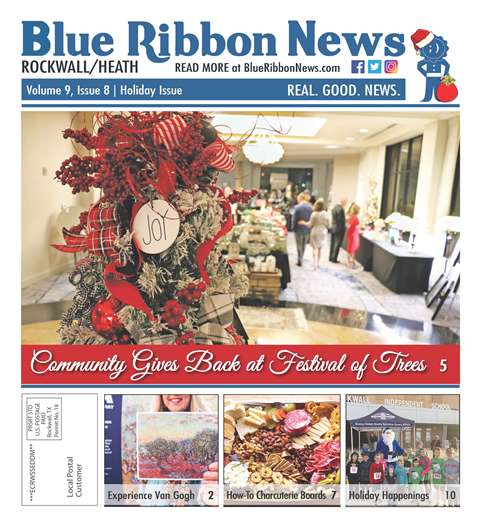