Murder of the Loaded Librarian: Community leaders take the stage to raise funds for Friends of Rockwall County Library

By Editor on May 9, 2022 5:18 PMComments Off on Murder of the Loaded Librarian: Community leaders take the stage to raise funds for Friends of Rockwall County Library 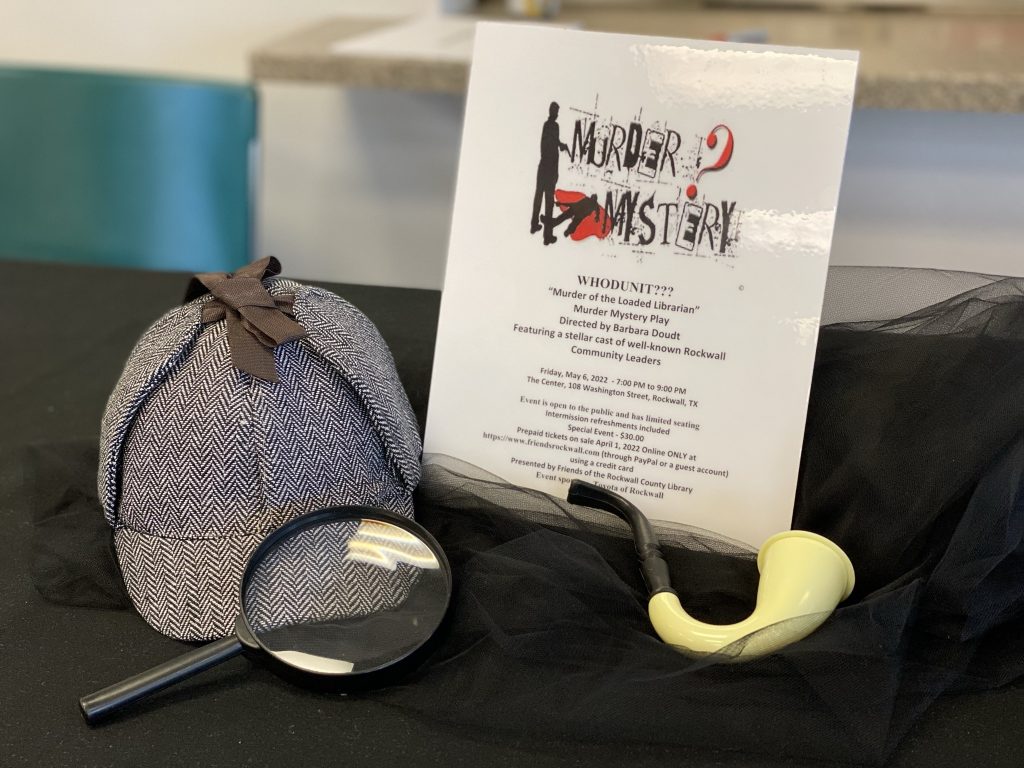 ROCKWALL, TX (May 9, 2022) Delayed since 2020 due to the pandemic, the long-awaited ‘WhoDunit’ murder mystery play directed by Barbara Doudt and featuring a stellar cast of Rockwall community leaders was presented Friday night at The Center.

Blue Ribbon News had the pleasure of being front row and center to record the two-act comedy – ‘Murder of the Loaded Librarian’ – which was filled with laughter, drama, wit, and a few improvised lines that added to the hilarity.  (Wish you had gone? You can watch the play in its entirety at the end of this story!)

The event benefited Friends of the Rockwall County Library, and was sponsored by Toyota of Rockwall/Jackson Automotive Group with special thanks to the City of Rockwall. 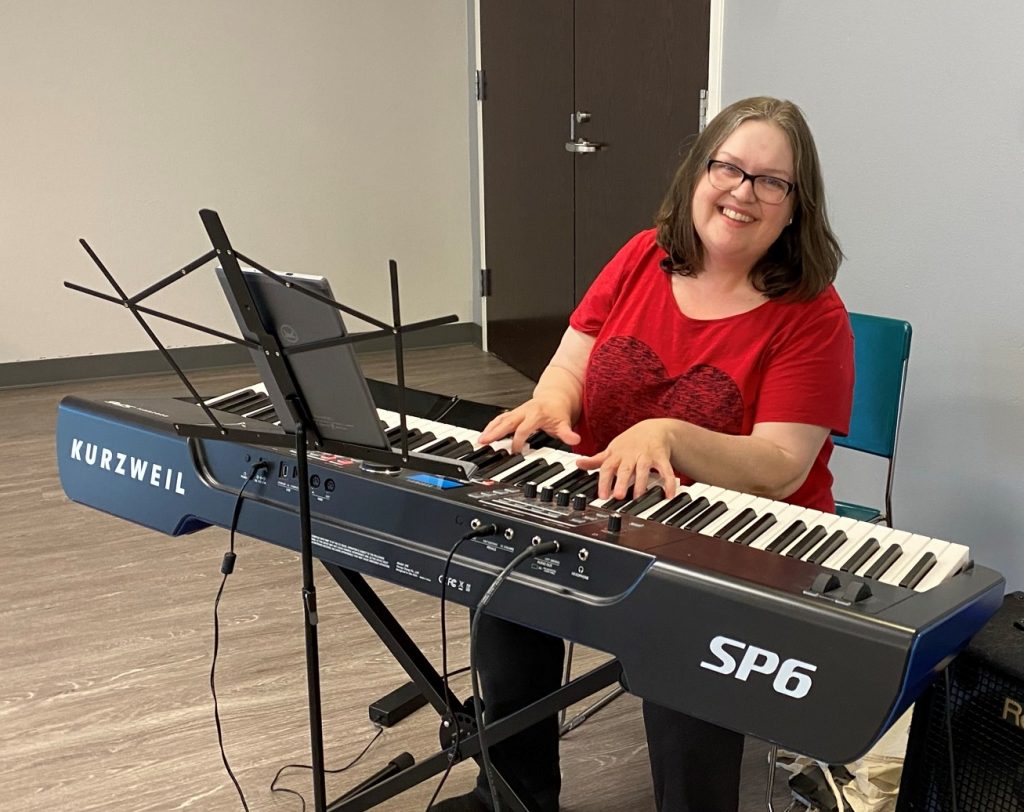 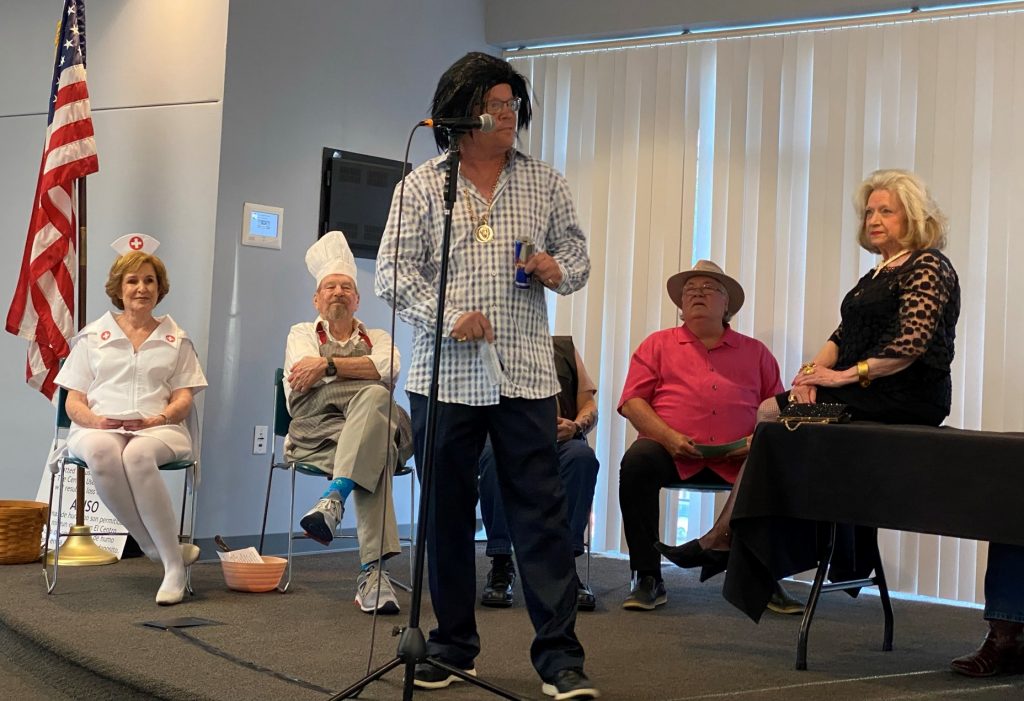 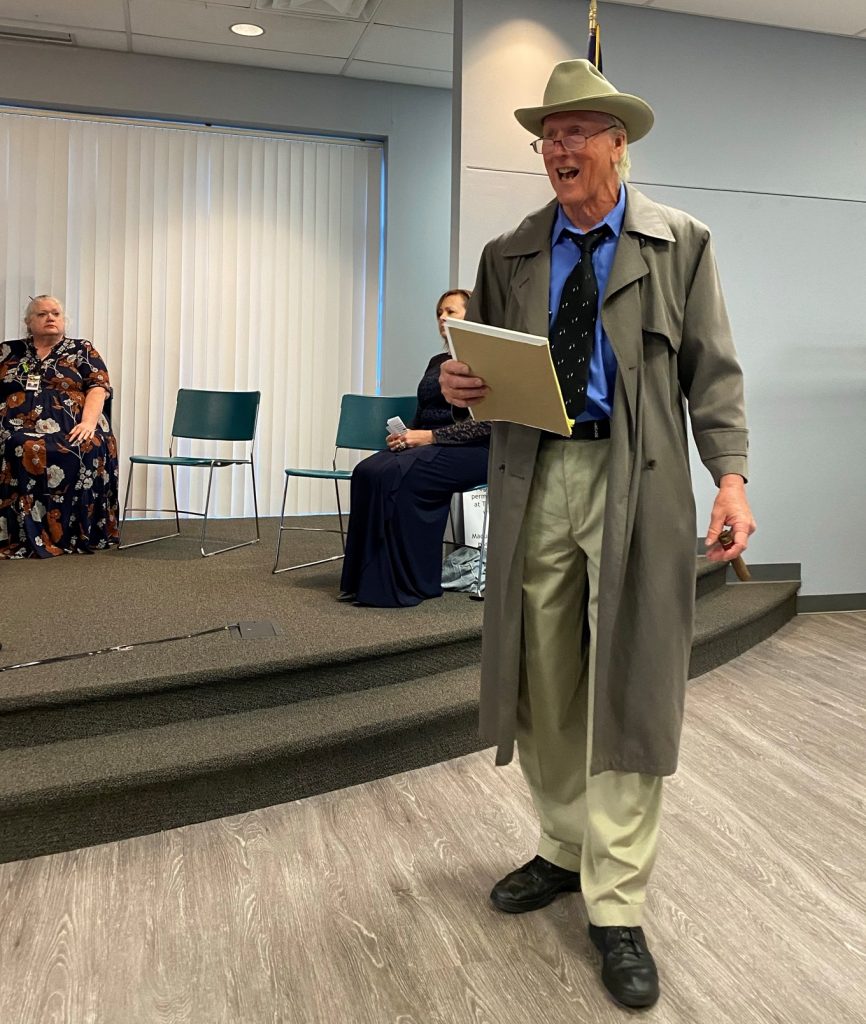 The cast of characters (and we do mean ‘characters’!) also included Marcine McCulley, who performed her role as Librarian so expertly that one might think she had done it before…. 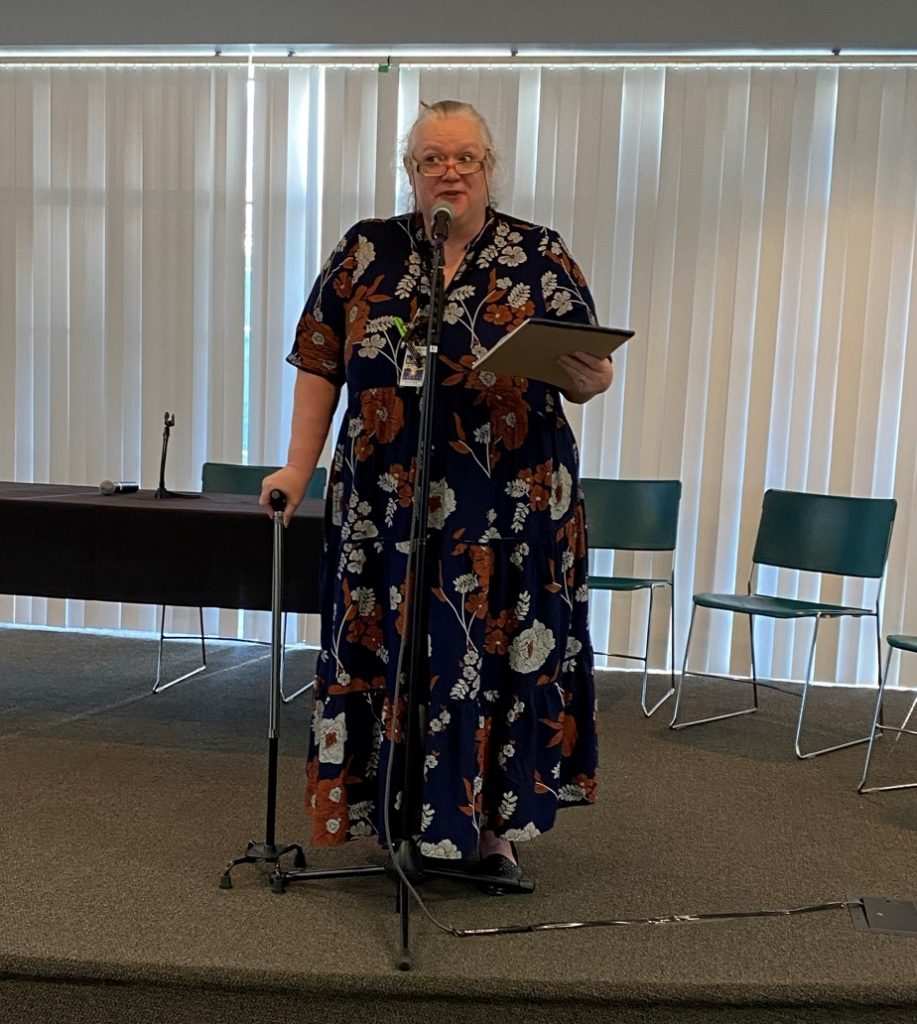 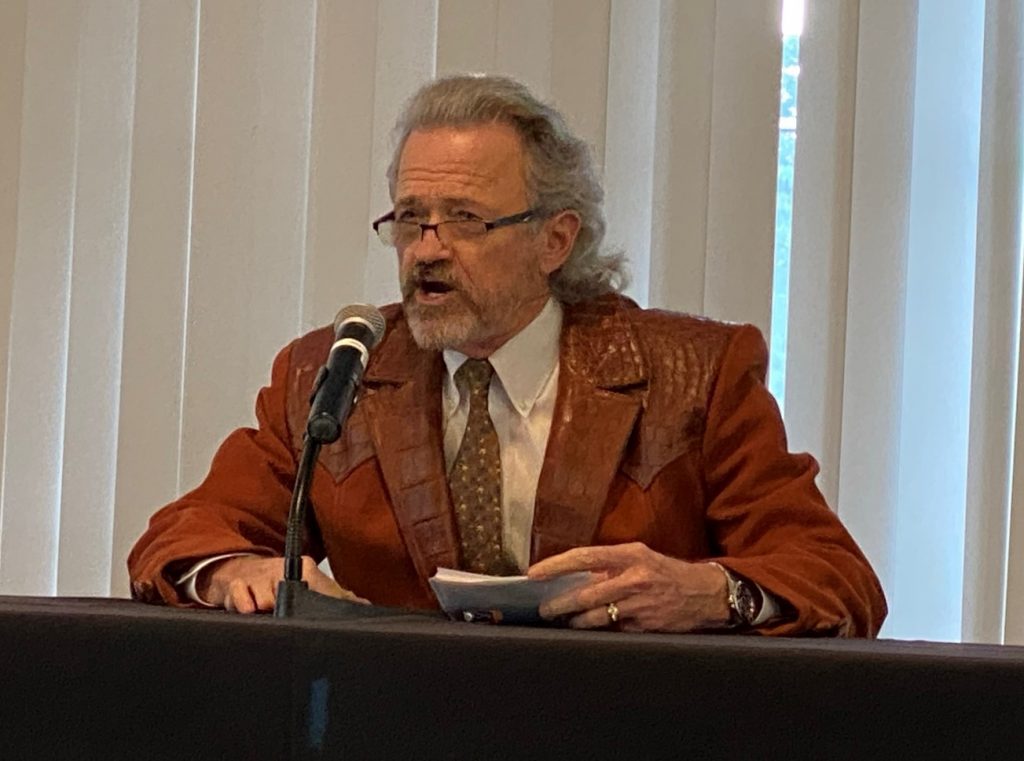 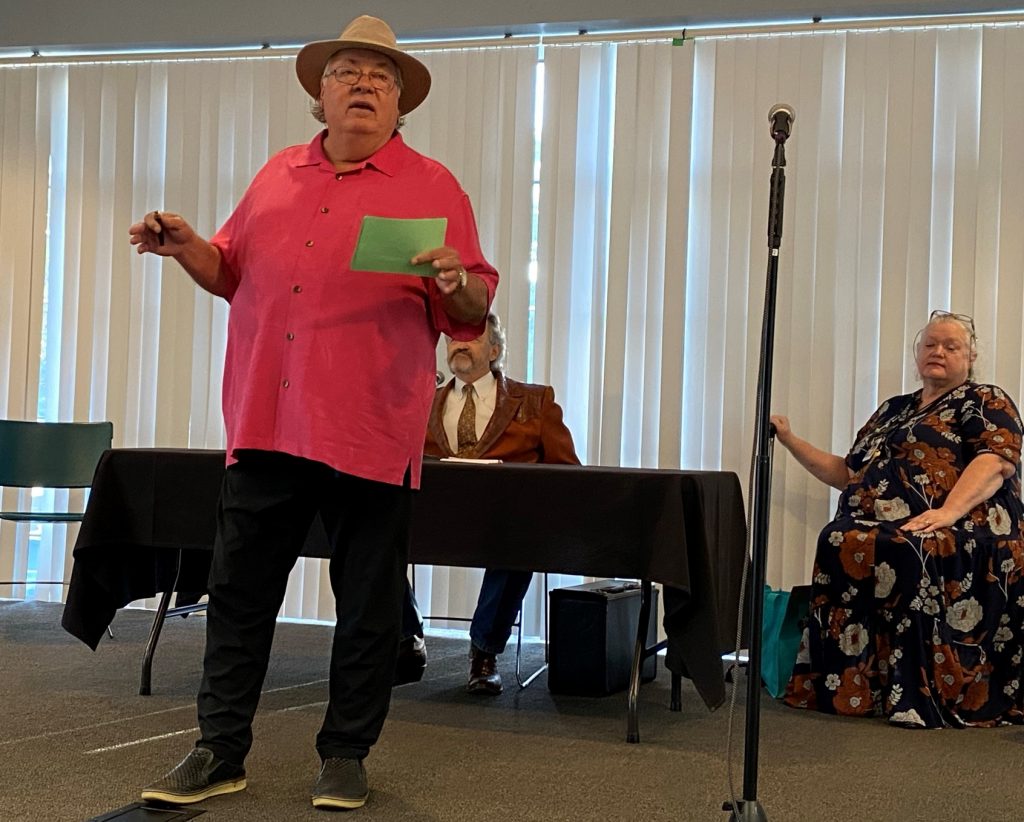 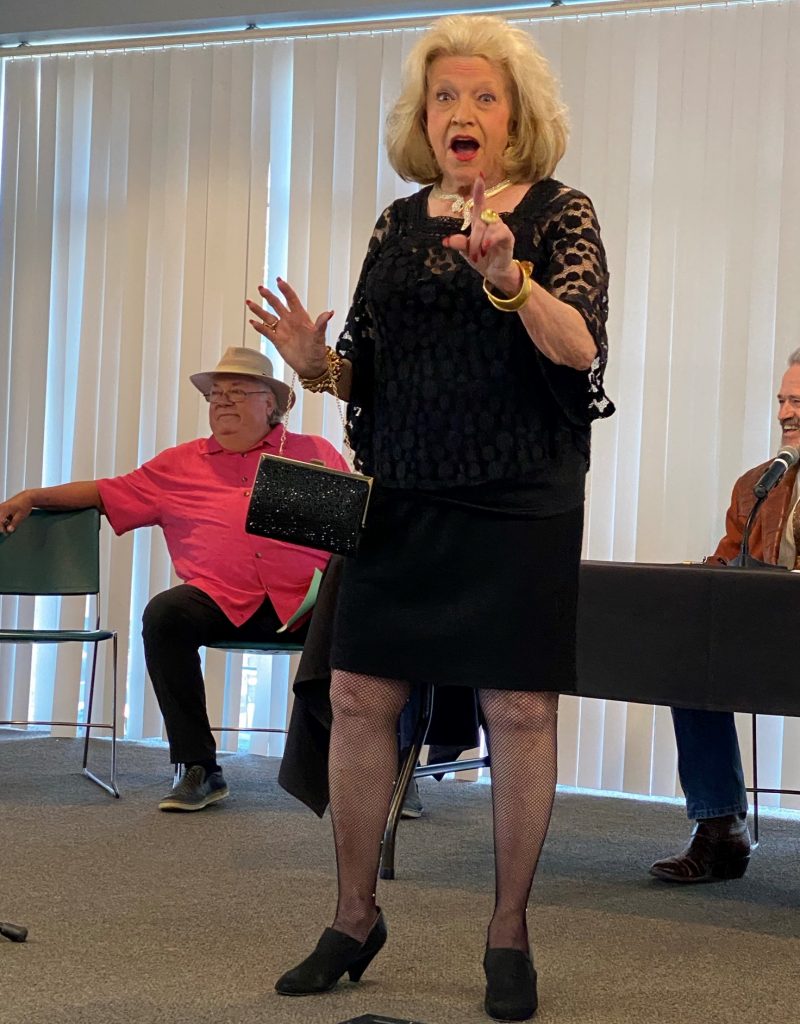 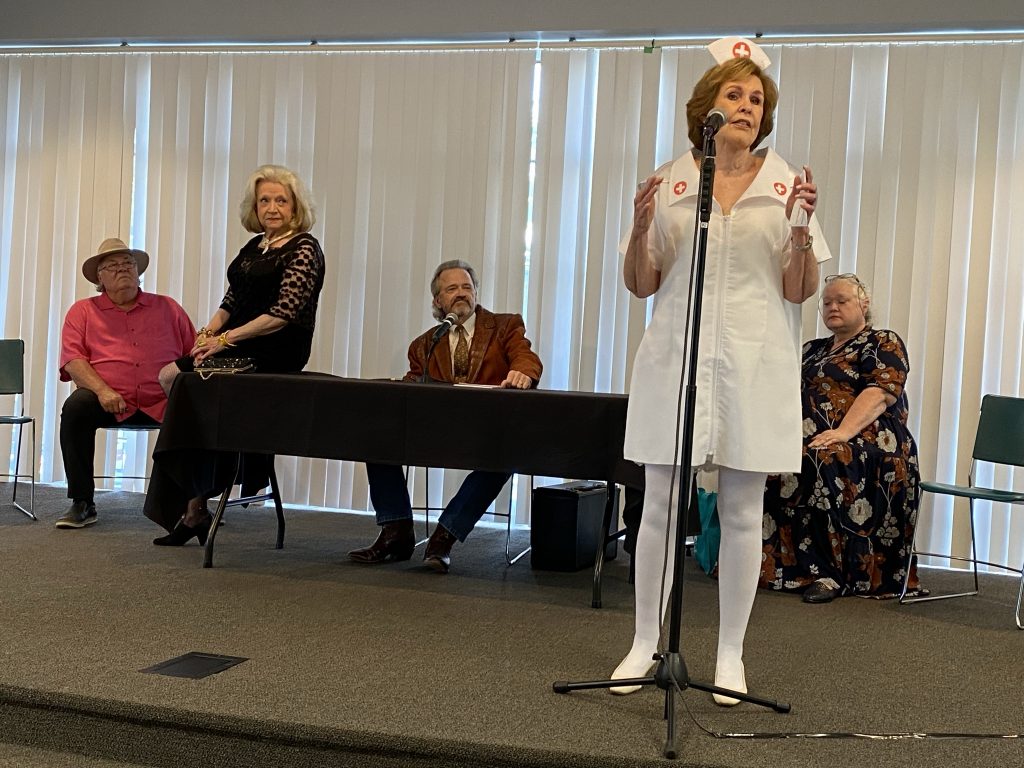 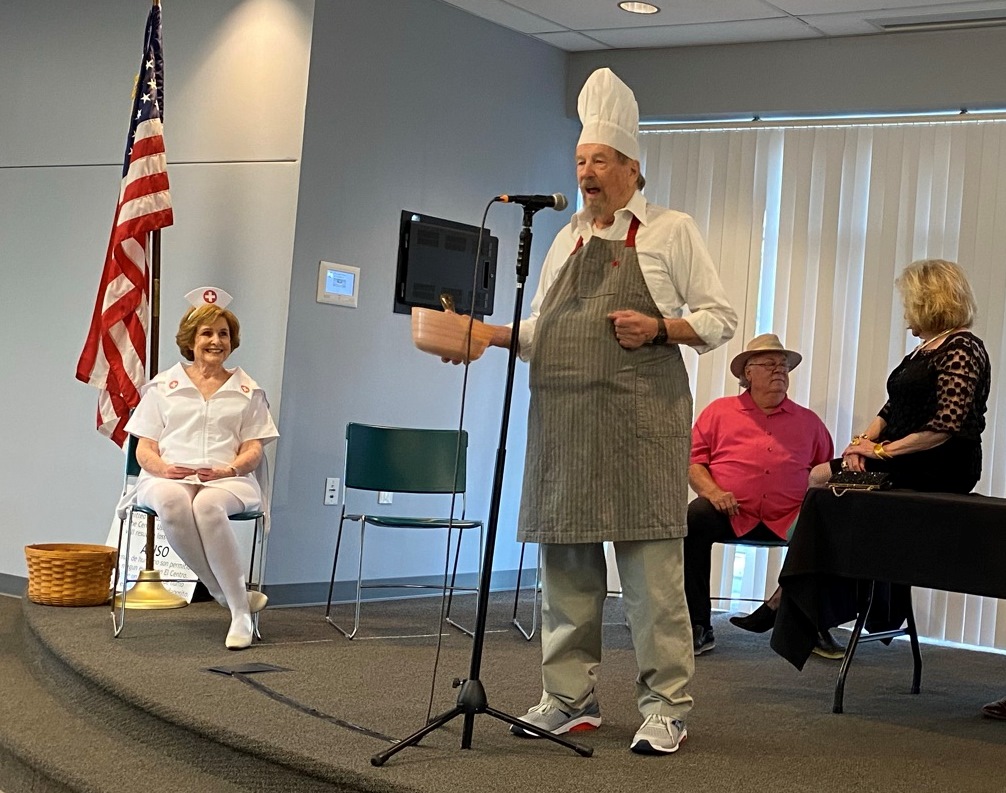 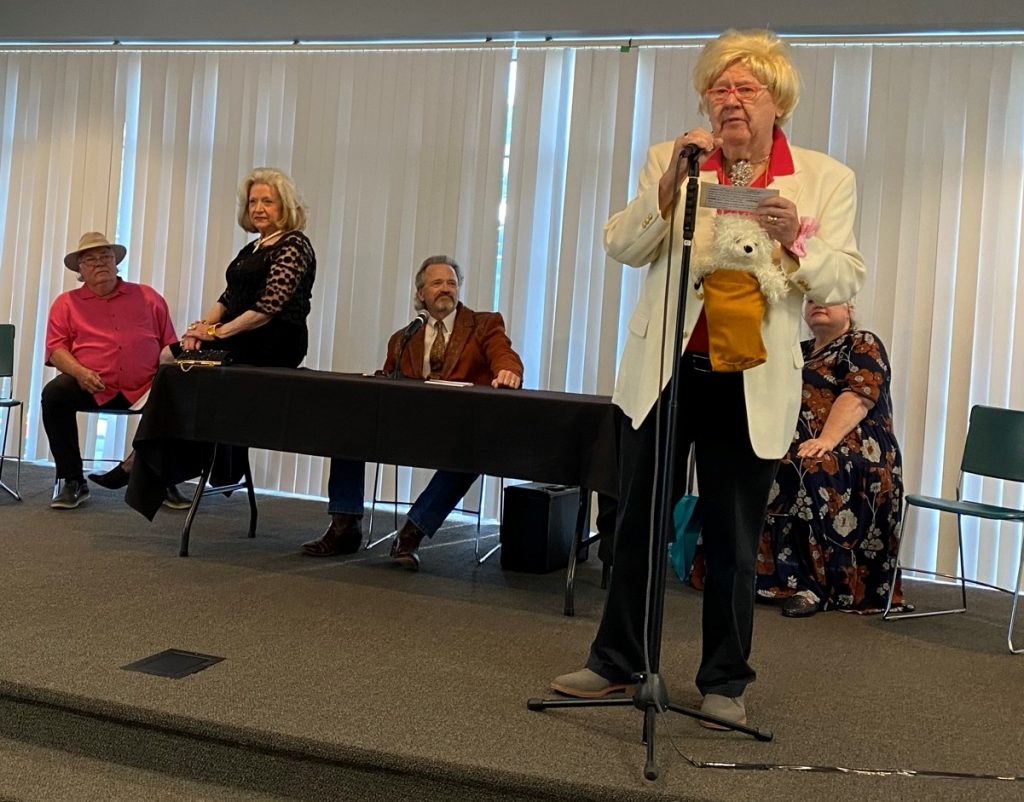 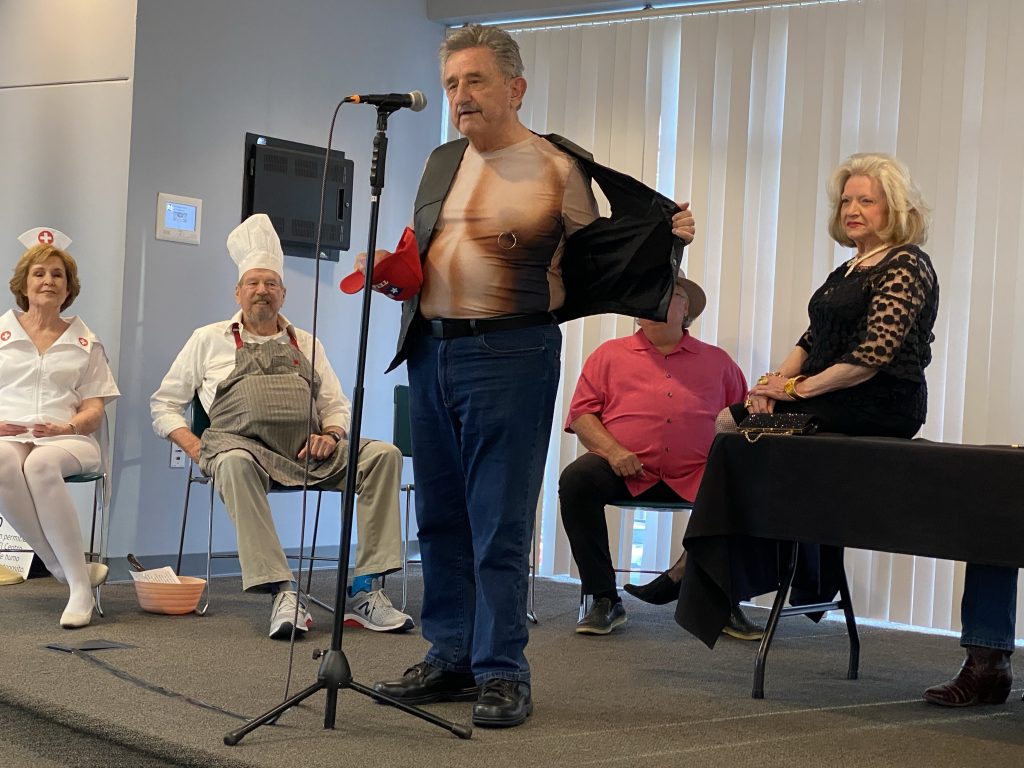 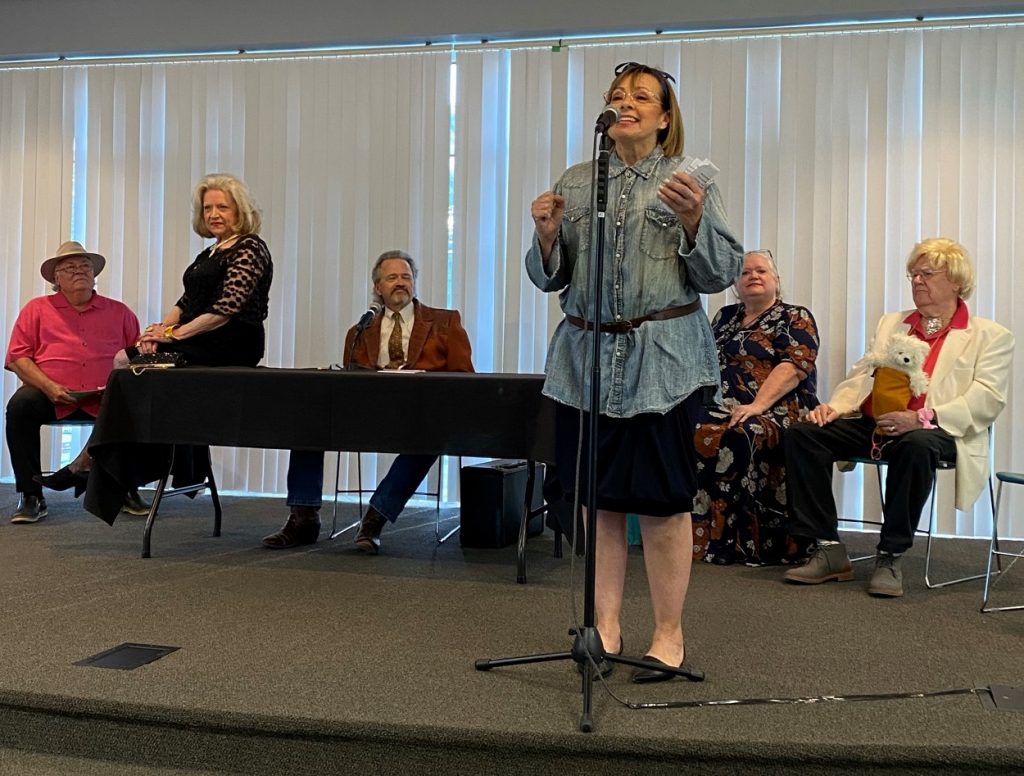 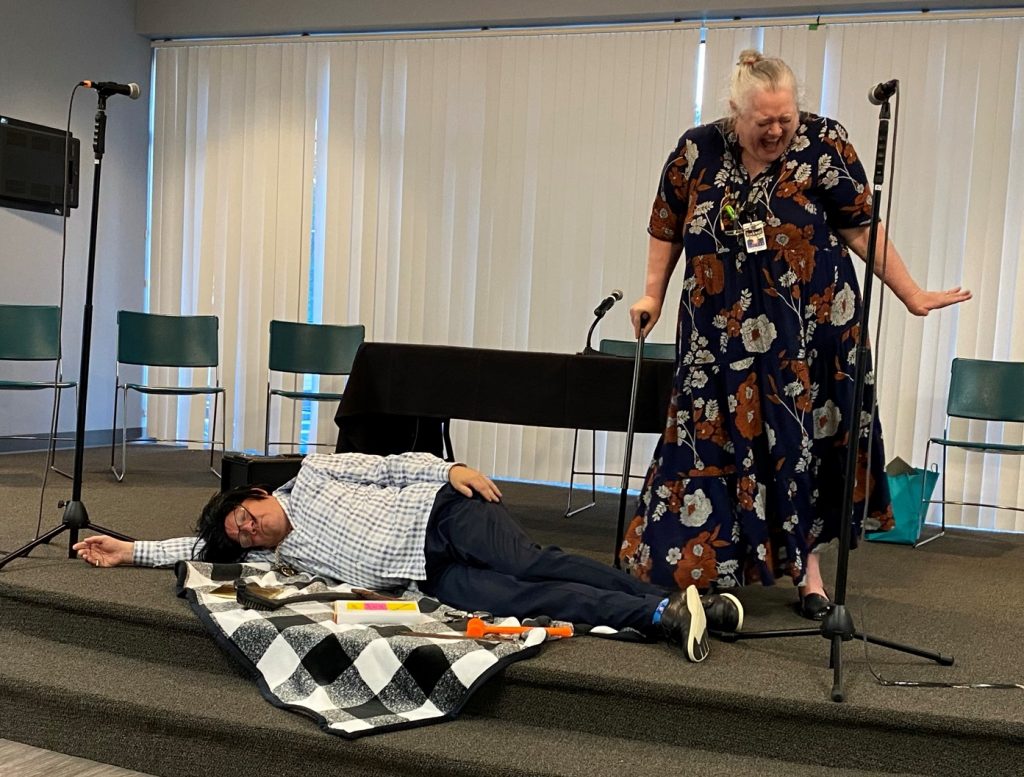 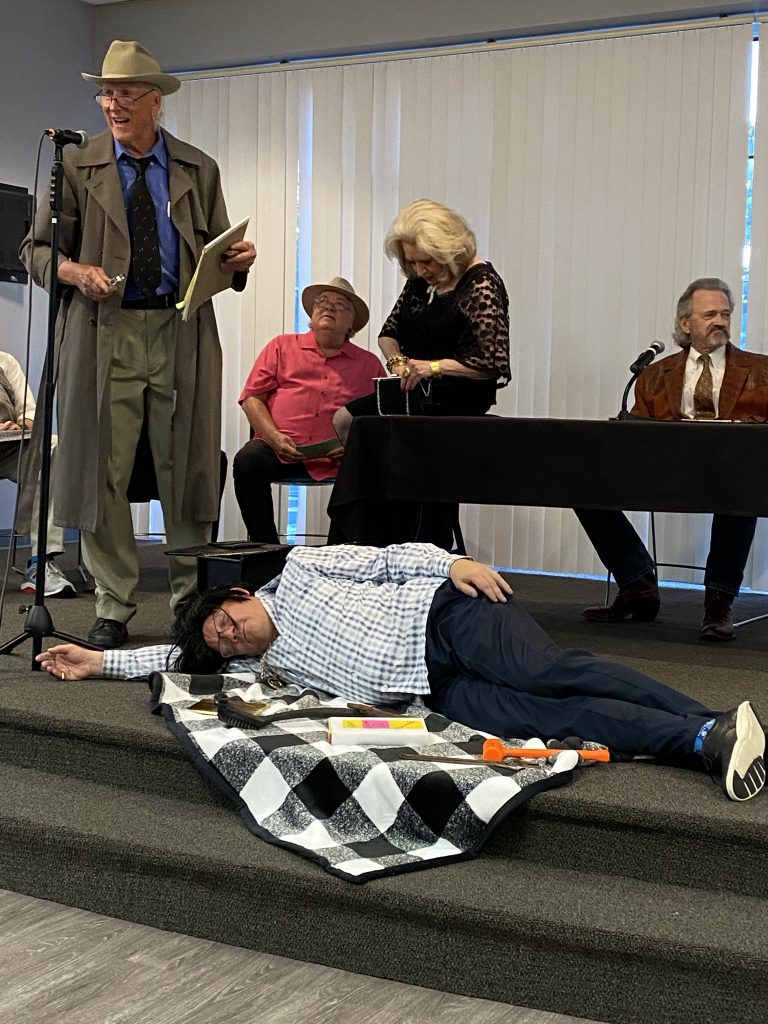 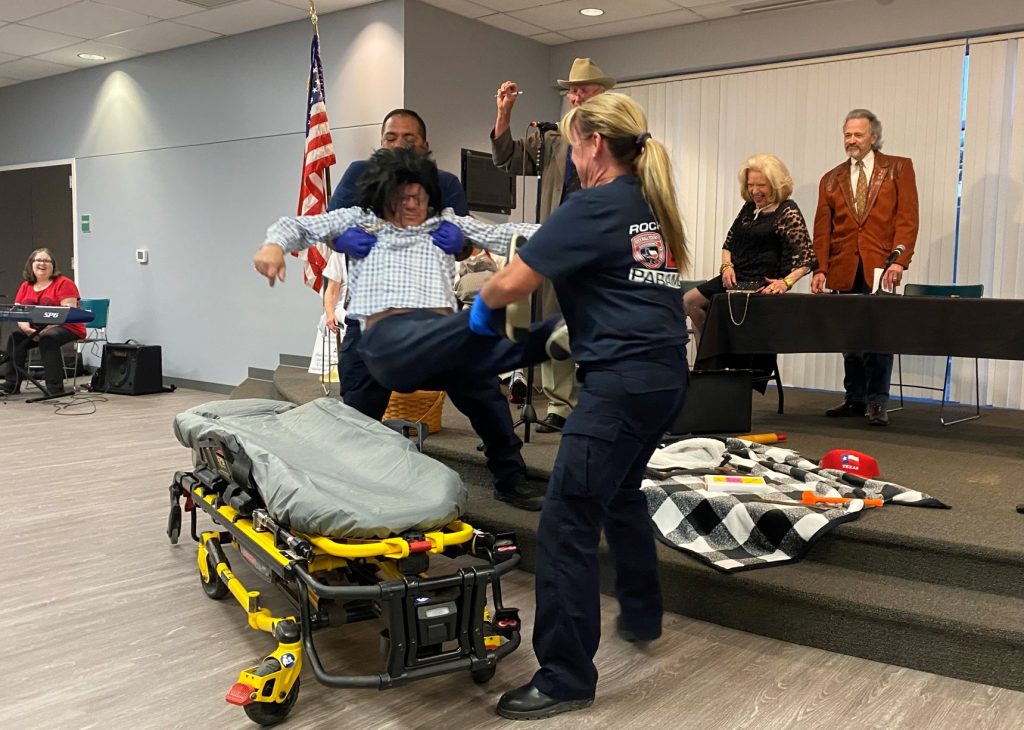 Rockwall County EMS even made a surprise appearance as they wheeled away the deceased body of Rocky Stallion.

Upon the conclusion of the show, prizes were awarded to two audience members for their guesses of ‘WhoDunIt’. 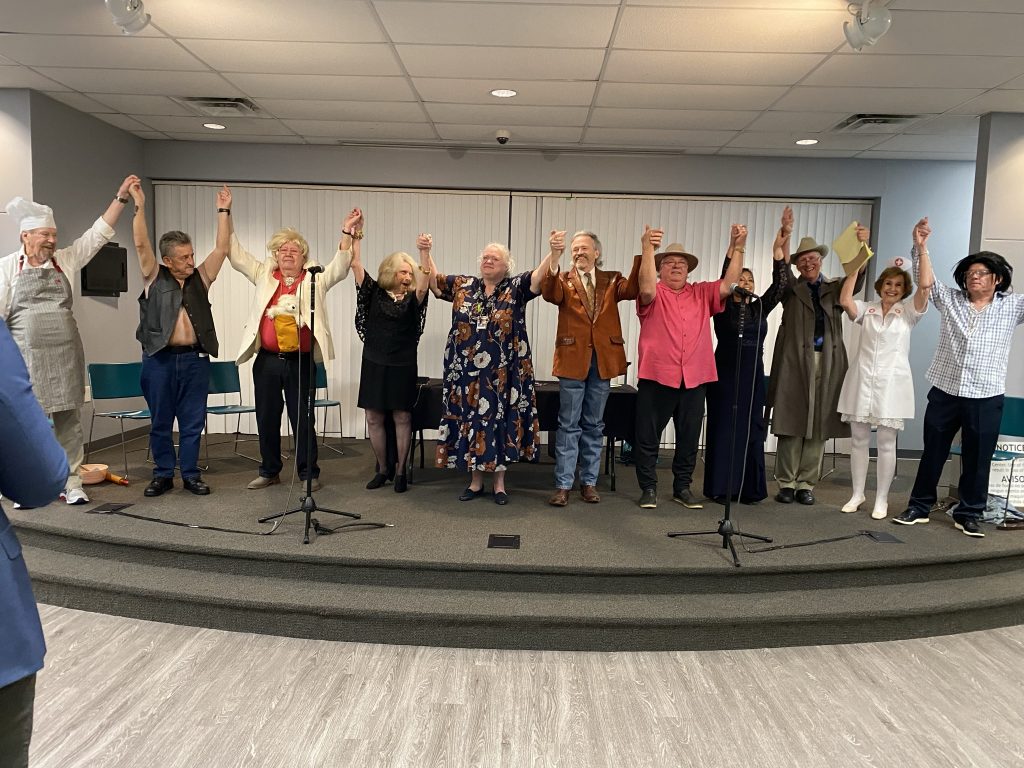 Friends of the Rockwall County Library is the primary supporter of the library in our community. Funds raised and donated by Friends supplement existing library programs and provide additional books, materials and equipment. Become a ‘Friend’ and learn more at friendsrockwall.com. 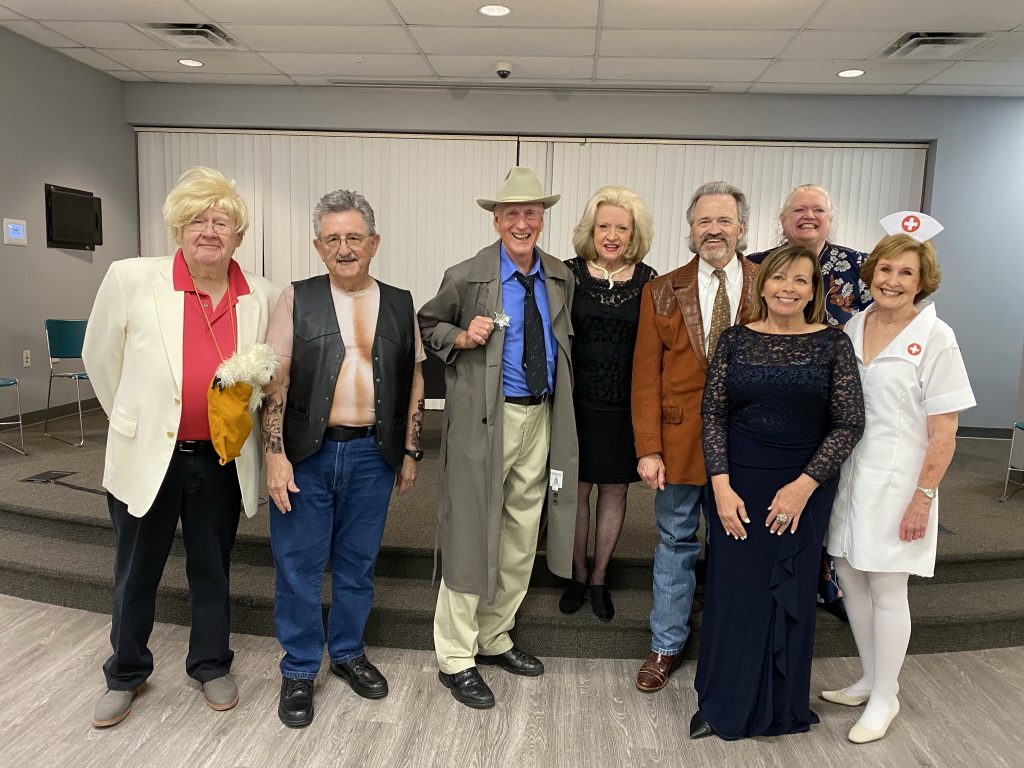 Wish you had gone? You can watch the play in its entirety here!

Murder of the Loaded Librarian: Community leaders take the stage to raise funds for Friends of Rockwall County Library added by Editor on May 9, 2022 5:18 PM
View all posts by Editor →