By Editor on May 13, 2022 4:43 PMComments Off on Rockwall High School Stingerette Senior Showcase 2022: Hailey Hunt 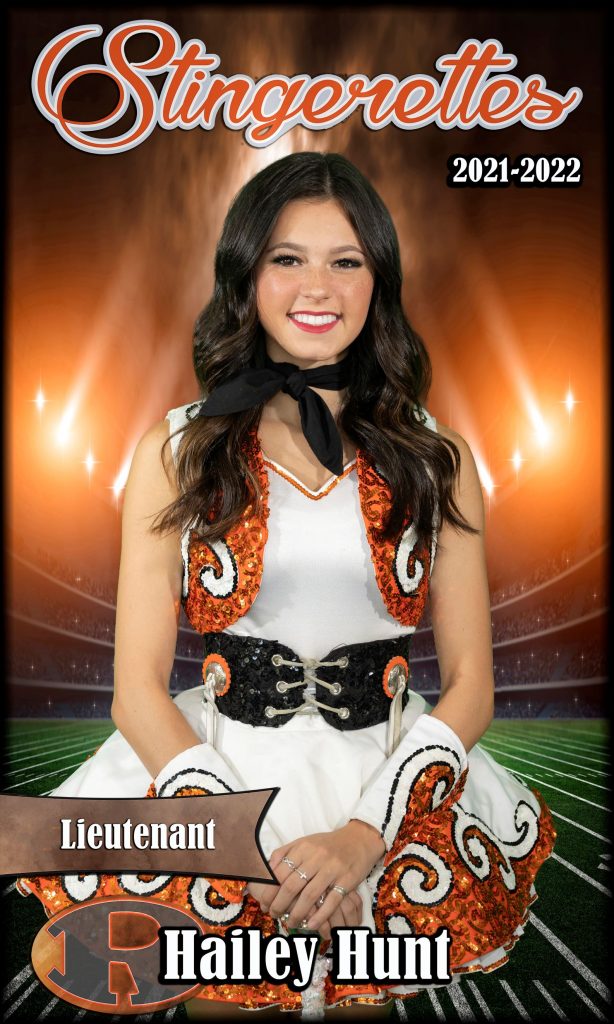 ROCKWALL, TX (May 17, 2022) Our Stingerette Showcase today is Miss Hailey Hunt. Hailey is the daughter of Wes and Valen Hunt.

Hailey is a three-year member of Stingerettes where she currently serves as Lieutenant and New Girl Sergeant. She served as Junior Lieutenant her Junior year as well.

Hailey has been a three-year member of the Elite Team Showstoppers as well as  Kick Company and Hip Hop Company. Her Junior year, Hailey was chosen by her peers as “Most Outstanding Performer”.

Hailey had the honor of performing with the Stingerettes in the 2019 Macy’s Thanksgiving Day Parade as part of the Spirit of America dance team as well as performing at Walt Disney World in January, 2022. She also performed with the Elite Team in Galveston in March this year.

In addition to the high school drill team, she has competed the past three years with The Dance FX Studio in Garland which was recently named ADTS  “2022 Studio National Champions”. In her early dance years, Hailey trained formally for 8 years at Royalty Dance Academy in Rockwall.

Hailey serves her community through the National Charity League, Texas Pearl Chapter, where she has been a member since 2017. She was the recipient of “The President’s Volunteer Service Award” 2018 & 2019 for completing over 100 hours of volunteer service hours each year.

Hailey plans to attend the University of Texas Austin to pursue a degree in Film. Hook ‘Em!