By Editor on April 19, 2017 7:32 AMComments Off on New Principals, Executive Director of Technology Named for Rockwall ISD’s 2017-18 School Year 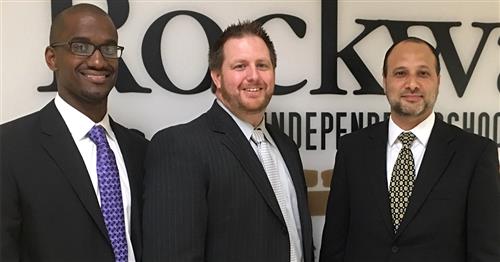 (ROCKWALL, TX – April 19, 2017) The Rockwall ISD Board of Trustees approved the appointment of two principals and the Executive Director of Technology for the 2017-2018 school year. The district welcomes these fellow colleagues on their new positions in our district. 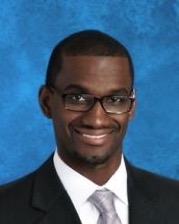 Mr. Derrice Randle is completing his 15th year in public education, including this past year as DAEP coordinator of Quest Academy. Previously, he served six years as an assistant principal. He has two years of experience at Rockwall-Heath HS and four years of experience at Mesquite HS in Mesquite ISD. Mr. Randle also served students in grades 8-10, teaching English and AVID and he also coached at the middle school level.

Mr. Michael Stuart is completing his 18th year in public education, including this past year as Interim Principal of Pullen Elementary.  Previously, he served 13 years as an assistant principal. He has experience at multiple Rockwall elementary schools including Nebbie Williams, Grace Hartman, and Howard Dobbs.  Mr. Stuart also served students in grade five, teaching Social Studies and Math. 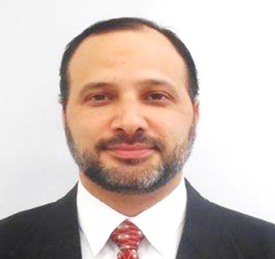 Mr. Alsaid comes to us from Dallas ISD where he was the Food Services Department Director of Technology.    Mr. Alsaid earned a Master of Science Major in Information Engineering & Management from Southern Methodist University in Dallas, TX and a Bachelor of Science in Management Information Systems from University of Texas at Arlington in Arlington, TX.

Our monthly print edition is delivered free to 19,000+ homes in Rockwall and Heath, TX.

New Principals, Executive Director of Technology Named for Rockwall ISD’s 2017-18 School Year added by Editor on April 19, 2017 7:32 AM
View all posts by Editor →