By Editor on January 22, 2021 2:39 PMComments Off on Traffic ‘calming circles’ on Lakeshore Dr. / Summit Ridge explained

ROCKWALL, TX – Jan. 22, 2021 – The S. Lakeshore Drive and Summit Ridge Drive Reconstruction Project from SH-66 to FM-740 / Ridge Road was approved with the Capital Improvement Project Bond passed in 2012. During the design phase of this project, the City of Rockwall staff held multiple stakeholder / resident meetings and utilized surveys to determine the residents’ concerns with regard to this project. Based on the information collected at the time, the residents’ two main concerns were increased speeds along the roadway, and the excessive number of cars during traffic disruptions on larger nearby roadways, such as I-30 and SH 66. To design a roadway that addressed the speeding concerns, the City’s consultant proposed the use of narrowed lanes, on-street parking niches, and neighborhood traffic circles on Lakeshore Dr. / Summit Ridge. 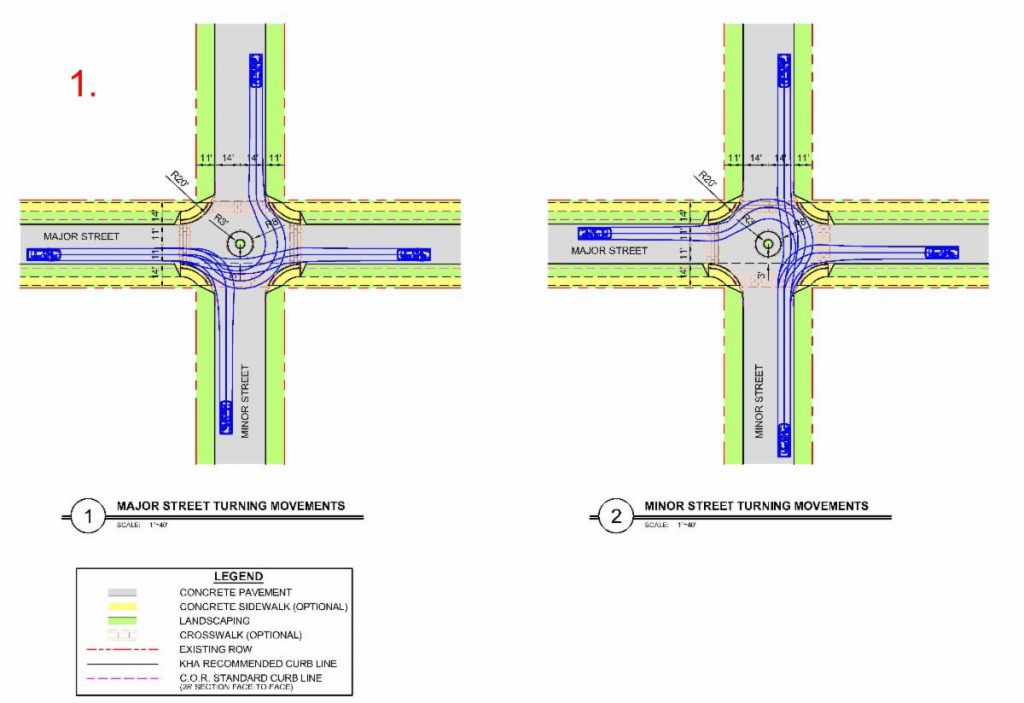 Residents along the roadway were given the option to have parking niches in front of their homes, and some declined. Based on the plans prepared by the consultant, there are seven traffic “calming” circles. These traffic circles are designed utilizing yield signs in lieu of a four-way stop sign. In approaching a yield-controlled traffic circle intersection, the driver must reduce their speed to navigate around the traffic circle in a counterclockwise direction. This movement is typically only performed safely at lower speeds. 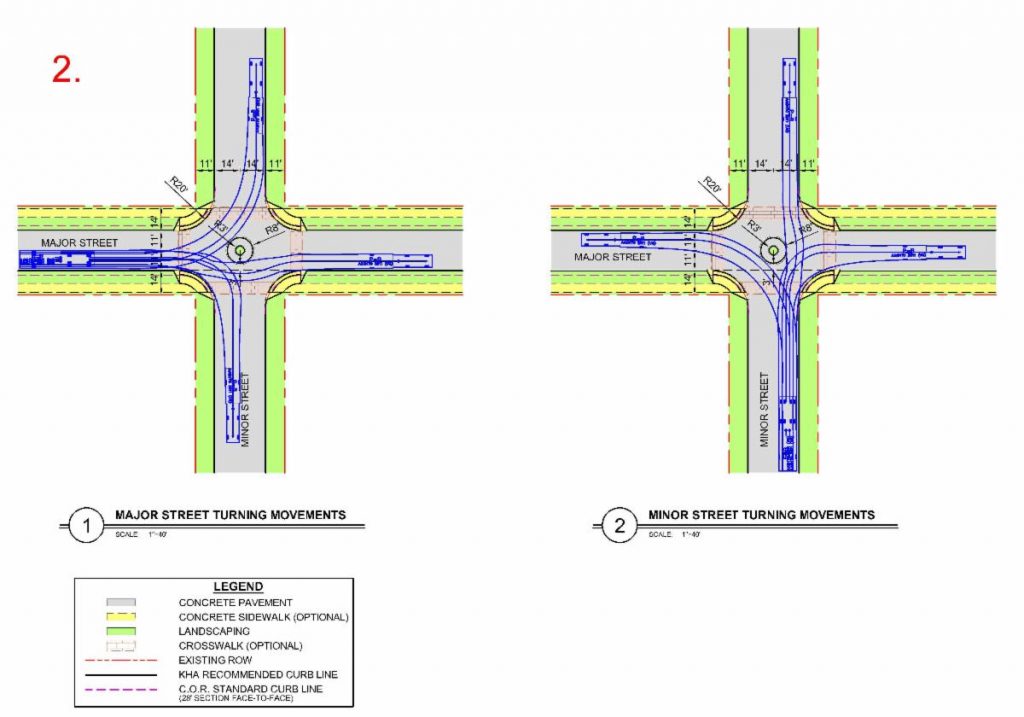 For example, if a vehicle is navigating the traffic circle as another driver approaches the yield sign, the driver will either be required to stop, allowing the other vehicle to complete its traffic movement through the circle, or be required to reduce their speed to merge into the traffic circle before safely continuing along the driver’s preferred route. (See attached image 1) If the vehicle is longer in length (e.g. truck pulling a trailer, fire truck, or school bus), the calming circles allow the vehicle to turn left on the “inside” of the circle. (See attached image 2) The “outer” circle is designed with a three inch “roll-up” curb to facilitate vehicles traversing over the curb, if needed. Changing signage is one of the final steps of the project, where stop signs will be replaced with yield signs. Overall, the intended purpose of this intersection design should help reduce speeds near and within the intersection, providing a higher level of safety.