By Austin on May 4, 2021 9:25 AMComments Off on Rockwall city council honors longtime resident Marylin King with Hometown Hero award 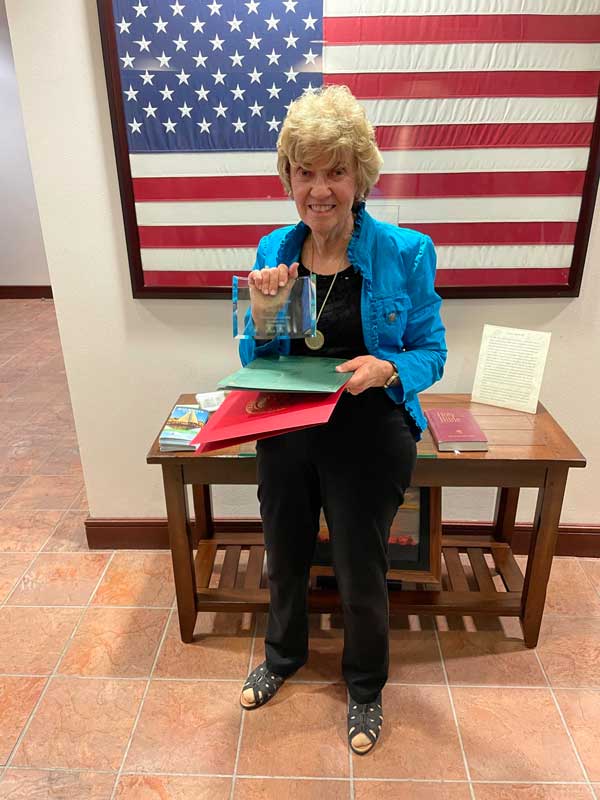 ROCKWALL, TX – May 4, 2021 — The Rockwall City Council presented longtime resident and YMCA personal trainer Marilyn King with the Hometown Hero award during last night’s regular meeting of the council. Along with the award, Mayor Jim Pruitt proclaimed May 3, 2021 as Hometown Hero Marylin King Day in the City of Rockwall.

King moved to the Rockwall community in 1996 and joined the Rockwall Chapter of the Daughters of the American Revolution. With her enthusiastic patriotism, she became a vocal advocate for educating the public about the U.S. Constitution. As a dedicated member of D.A.R., King celebrates Constitution Day annually by sharing American flags and copies of the Constitution to give residents a better understanding of the freedoms and blessings we bestowed upon our country.

King’s passion for patriotism and commitment to veterans stems from her late husband, Lieutenant Colonel John King, who served for decades as a pilot in the U.S. Air Force (John King Boulevard in Rockwall is named after him). 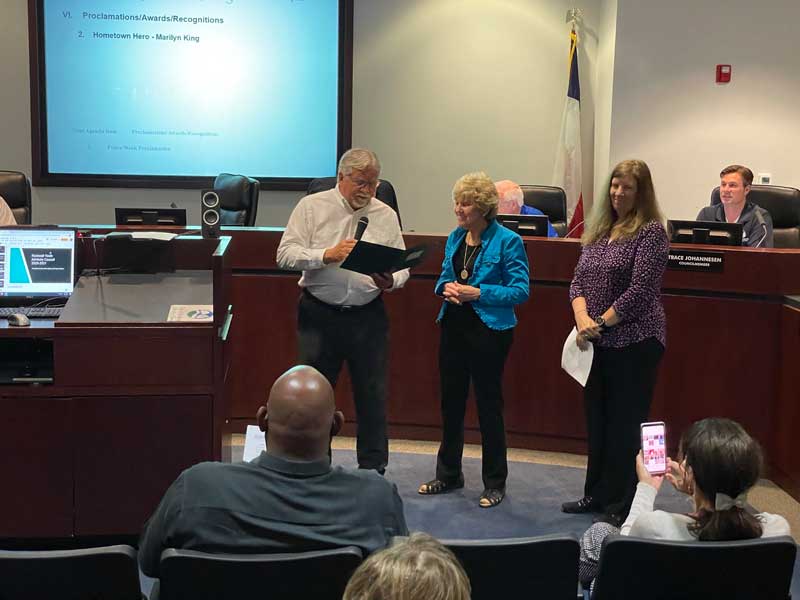 Another passion which King has tirelessly dedicated herself to is nutritional wellness. She has worked as a certified personal trainer at the J.E.R. Chilton YMCA at Rockwall since 1998, and has also served as a Nutritional Consultant at the YMCA for 18 years, working in the weight loss field. She specializes in training with senior citizens to educate and influence them on how to take responsibility for their personal health, and wellness.

King received the Larry Parks Service Award in 2014 for her commitment, dedication, and service to the greater Rockwall community through her YMCA programs. 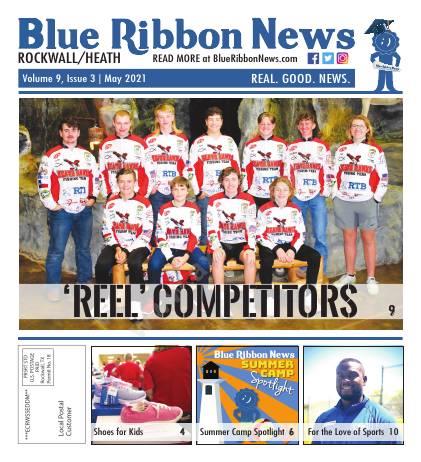 Rockwall city council honors longtime resident Marylin King with Hometown Hero award added by Austin on May 4, 2021 9:25 AM
View all posts by Austin →