By Editor on August 6, 2021 7:09 AMComments Off on New McLendon-Chisholm public safety building named in honor of former Mayor Mike Donegan

MCLENDON-CHISHOLM, TX (Augut 6, 2021) Mayor Keith Short and the McLendon-Chisholm City Council honored the family of former Mayor Mike D. Donegan at a special meeting last night by issuing a proclamation dedicating the new public safety facility as the Mike D. Donegan Public Safety Building in recognition of his extraordinary contributions to the community.

“Mike served as Mayor from 1994 to 2010, which is the longest tenure in the history of our city,” said Mayor Short. “Mike had the foresight to see what our city could be, and always worked tirelessly on our behalf to get there.”

“Even after he was Mayor, Mike worked behind the scenes and was a strong supporter and mentor to past and current councilmembers,” said Mayor Short. “He loved the citizens of McLendon-Chisholm and it showed. He always made you feel like a million dollars and the most important person in the room when you were with him.”

A native Texan, Donegan was a 1972 graduate of Texas A&M University where he was a member of the Corps of Cadets. He enlisted in the U.S. Army and achieved the rank of Captain during his five years of duty.

“Something he never told anyone was that he was a Green Beret,” added Mayor Short. “That is an exceptional accomplishment that took a lot of hard work, intense physical training and dedication.”

Donegan was member of the Terry Fisher American Legion Post 117, where he led as Commander for three years, and served more recently as the Post Chaplin.

“Mike was a strong supporter of the former McLendon-Chisholm Volunteer Fire Department and then the City-owned Fire & Rescue Department,” said Mayor Short. “It is a fitting tribute and show of appreciation to name the new public safety building in his honor.” 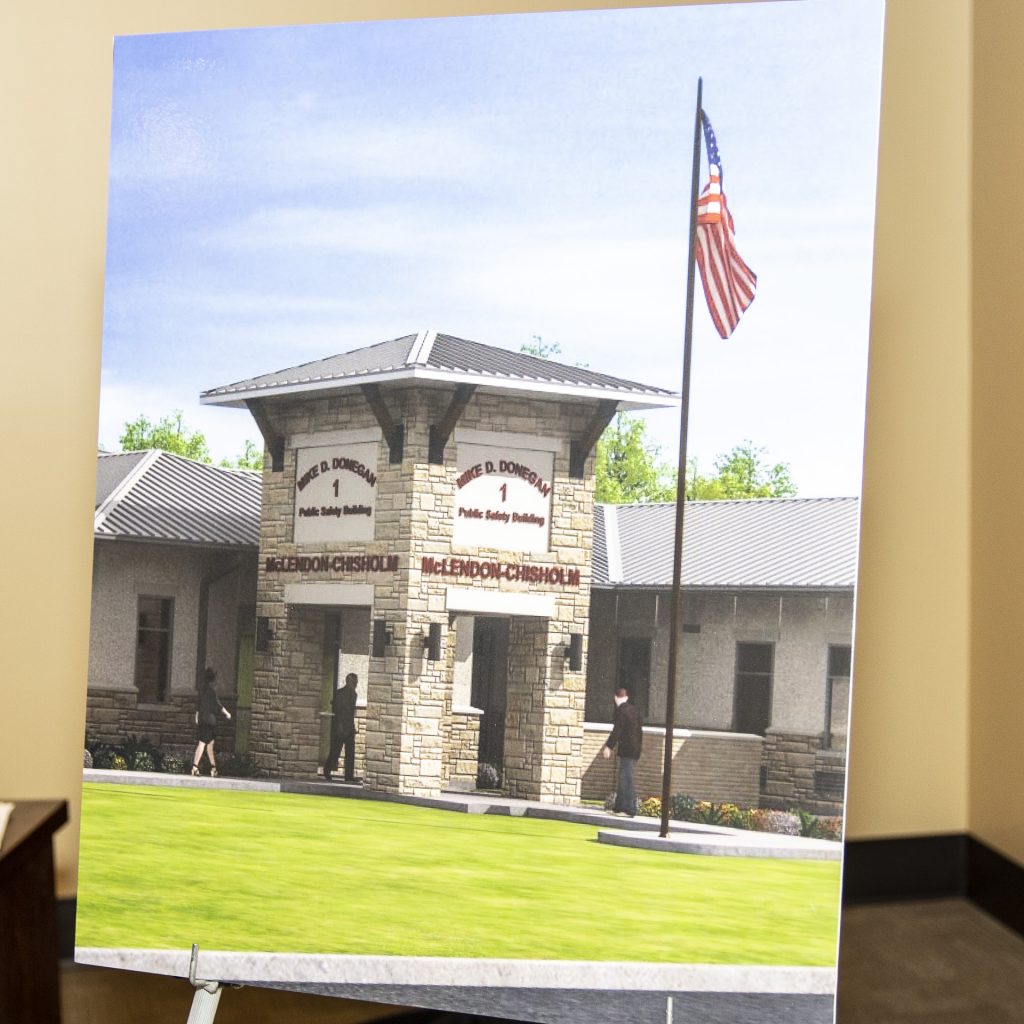