By Editor on November 21, 2022 5:12 PMComments Off on Suspect in Royse City homicide found unresponsive in home 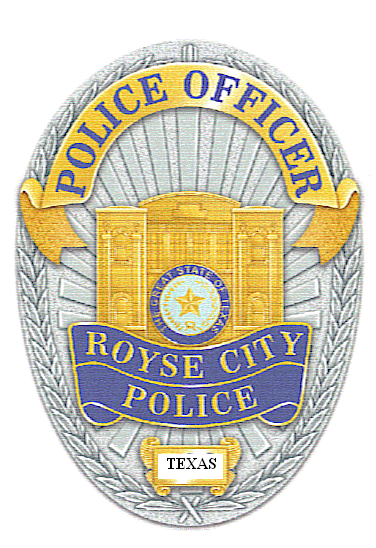 ROYSE CITY, TX (Nov. 21, 2022) On Saturday, November 19, 2022 at approximately 3:40 PM, 911 received a call that a male subject was unresponsive and not breathing at a residence located at 5420 FM2625. The Royse City Police Department responded to the location along with medical emergency personnel from the Hunt County AMR Ambulance Service and the Royse City Fire Department. Life saving measures such as CPR were administered but the male subject passed away. The deceased subject was identified as Eric Lamont O’Bryant.

Eric O’Bryant had been the suspect in a homicide investigation for the death of Larry Deshaun Baker who had been found shot multiple times at Eric O’Bryant’s residence in the early morning hours of Sunday, November 13, 2022. The Royse City Police Department has been investigating the homicide and had made the decision not to arrest Eric O’Bryant for the charge of Murder instead the case would be referred to the Hunt County Grand Jury to determine if charges were applicable.

The decision to refer the case to the Hunt County Grand Jury in lieu of making an arrest was based on information from eye witnesses and the physical evidence at the scene. After completing the investigation, detectives were able to determine the following events. On November 12, 2022 a female from Huntsville, TX identified as Brook Rice had been dropped off at Eric O’Bryant’s residence in Royse City to stay the weekend. In the early morning hours on Sunday November 13, 2022, Brooke Rice called two subjects from the Huntsville area identified as Larry Deshaun Baker and Elem Wynne III and she asked them to come pick her up. Around 5:45 AM, the two subjects arrived at the location. For unknown reasons, the two subjects were armed with a shotgun and a baseball bat and forced their way into the home. Eric O’Bryant who was armed with a handgun fired at the subjects as they were entering the doorway of his home. Larry Deshaun Baker was struck multiple times and he exited the home and collapsed in the driveway where he was found deceased by responding officers. Elem Wynne III and Brooke Rice fled the scene but a witness called 911 and gave a description of their vehicle. While fleeing the scene, the subjects threw a shotgun out of the car into a grassy area on FM 35 which was later recovered by officers. A Royse City Police Officer who was responding the call, observed the suspect vehicle leaving the area. A traffic stop was conducted where Elem Wynne III and Brooke Rice were taken into custody without incident. The subjects were later arrested and charged with Tampering with Physical Evidence and booked into the Hunt County Detention Center.

Quickly after arriving at the scene of the shooting, officers were able to determine that Eric O’Bryant, the person who lived at the residence, had fled the scene as well. It was believed that Eric O’Bryant fled on foot into a wooded area behind the residence. Officers searched the area but were not able to locate him. A search warrant for Eric O’Bryant’s residence was obtained and the search resulted in a small of amount of methamphetamine being located in the home. An arrest warrant for Possession of a Controlled Substance was then obtained for Eric O’Bryant. On Monday, November 14, 2022, Eric O’Bryant was observed coming out of a wooded area near his home by a local resident. Officers responded to the area and he was taken into custody. Eric O’Bryant was transported to the Hunt County Detention Center and booked in on the warrant for Possession of a Controlled Substance. On November 15, 2022, Eric O’Bryant bonded out and was released from the Hunt County Detention Center.

On Saturday, November 19, 2022 around 3:40 PM, an employer of Eric O’Bryant called 911 and stated he had come to the residence to pick up Eric O’Bryant and found him unresponsive in the home. The exact cause of death is not known at this time but it appears it may be the result of a serious medical event. There were no signs of foul play and nothing suspicious found at the scene. An autopsy has been ordered along with a toxicology report to determine the cause of death. There is no further information at this time.

Suspect in Royse City homicide found unresponsive in home added by Editor on November 21, 2022 5:12 PM
View all posts by Editor →