(Dallas) Join CBS 11 and TXA 21 as they host Stephanie’s Day, a free event for special needs children and their families, presented by the Gene and Jerry Jones Family Charities in partnership with the Austism Treatment Center. The 8th annual event will be 10 a.m. to 2 p.m. Saturday, Aug. 27 at on Level One of NorthPark […]

Most people are going to bed at 10 o’clock at night – not going to work. But more than 15 million Americans perform some kind of nonstandard shift work1, including nurses, air traffic controllers, firefighters, radio DJs and truck drivers. Approximately one-fourth of those who work a night, early morning and/or rotating-shift may be suffering […] 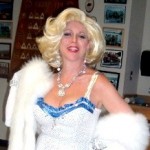 Understanding MRIs of the breast

Magnetic Resonance Imaging, also known as MRI, uses high-powered magnets, radio waves and a computer to produce detailed images of the body. It is especially useful when visualizing organs, soft tissues and bones. Unlike an X-ray, MRI does not use ionizing radiation. Breast MRI for High-Risk Groups For women who are at high risk of […]