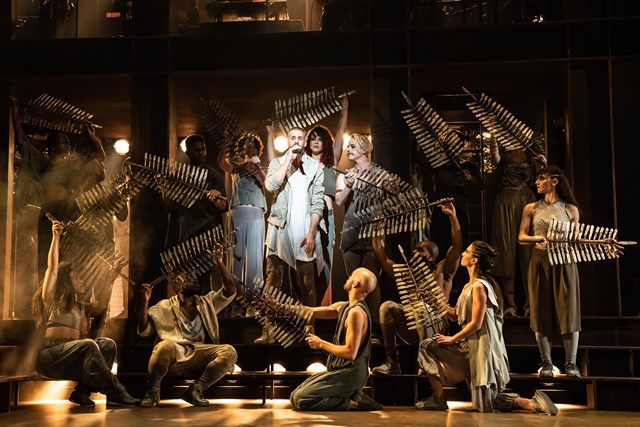 DALLAS, TX (March 28, 2022) – Following critically acclaimed, sold-out engagements in the UK, the reimagined 50th Anniversary tour of JESUS CHRIST SUPERSTAR will come to Dallas from April 5-17, 2022, presented by Broadway Dallas and Broadway Across America (BAA) at the Music Hall at Fair Park as part of the Germania Insurance Broadway Series […]

Dallas Summer Musicals (DSM) is pleased to announce the 2020 nominees for the 9th Annual DSM High School Musical Theatre Awards (HSMTA). The awards ceremony, which traditionally takes place live at the Music Hall at Fair Park, will be presented virtually on May 14, 2020. As a result of the current ban on social gatherings, […]

(ROWLETT, TX – April 20, 2015) For the third-straight year, Rowlett High School’s Eagle Theatre Company has been named a finalist in the Dallas Summer Musicals High School Musical Theatre Awards. The talented theater group is up for nine Best of Category honors for its production of “The Mystery of Edwin Drood.” “It feels humbling […]

Pep rally, video preview welcomes ‘Bring it On: The Musical’ The Dallas Summer Musicals and 106.1 Kiss FM will host a giant pep rally at NorthPark Mall from 1 to 3 p.m. Saturday, Feb. 11, to cheer for Bring it On: The Musical opening Feb. 14-26 at Music Hall at Fair Park. The pep rally will be located in the North Court, just below the movie […]