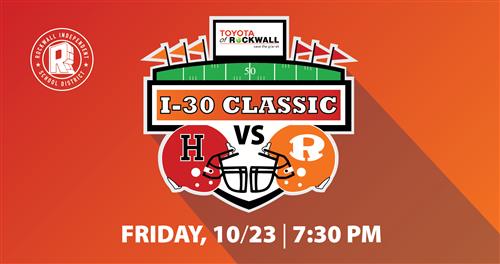 ROCKWALL/HEATH, TX – Oct. 15, 2020 – Rockwall-Heath High School and Rockwall High School are meeting on the football field again this year in the Toyota of Rockwall I-30 Classic, Friday, October 23 at 7:30 p.m. at the Wilkerson-Sanders Memorial Stadium in Rockwall. The game will be broadcasted live on RockwallISD.com. Limited in-person seats are […] 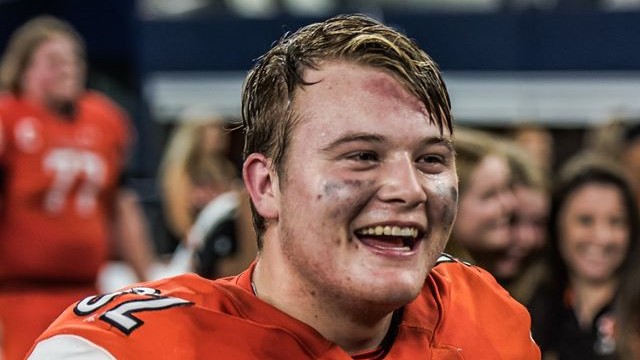 (ROCKWALL, TX – April 3, 2020) Joseph Schaefer, senior at Rockwall High School, will be attending Wesleyan University in Connecticut pursuing a degree in Economics while playing middle linebacker for the Cardinals Football Team.  Wesleyan University was recently named one of the most difficult colleges to get into in a recent report from CBS News.  […] 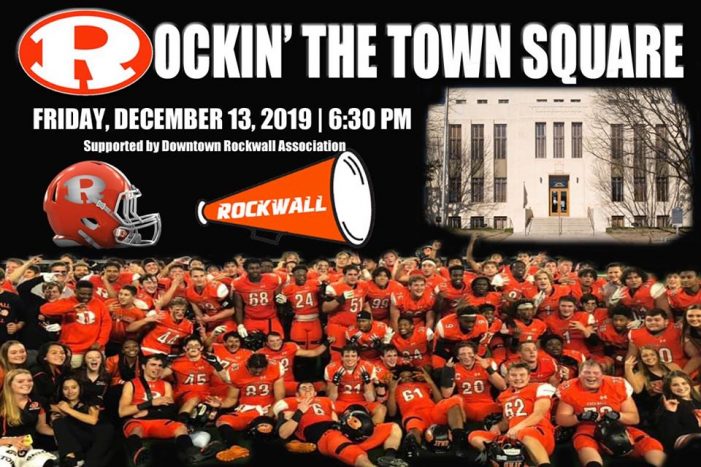 In celebration of the Rockwall Jackets football team earning a trip to the 2019 6A Division 1 State Semifinals Game, the Downtown Rockwall Association invites everyone to come out to the Historic Courthouse on the square for a Community Pep Rally, hosted by the Rockwall High School Jacket Backer Booster Club,  at 6:30 p.m. Friday, […]

Swarming the Region: tickets available for Rockwall Jackets vs Duncanville 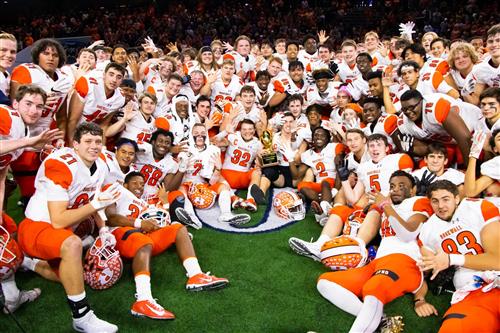 The Rockwall Yellowjackets held their first Regional Championship trophy in the air on Saturday for the first time since 1987. The Jackets defeated Prosper 59-42 at The Star on Saturday night. Rockwall fell behind 14-0 early, but then the Jackets found their game. Brayden Locke completed 25-32 for 443 yards and six touchdowns. Jaxon Smith […] 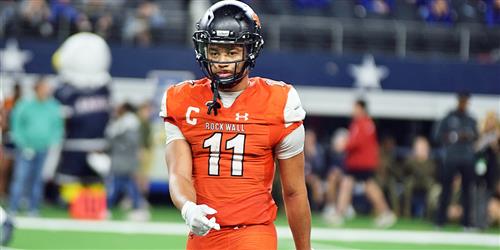 (ROCKWALL, TX – Dec. 3, 2015) Grace Hartman Elementary School staff and students surprised their PE Coach Collin Strahan, who is also the receivers Coach for the Jackets, with a victory parade.             A few of the football players that are Hartman PALS paraded through the hallways giving high fives […]

Jackets win on the Brazos

(ROCKWALL, TX – Nov. 29, 2015) The Rockwall Yellowjackets have advanced to the 4th round for the first time since 1987 after a stunning come from behind victory with 9 minutes left in the 4th quarter to shock Spring 43-26. The Jackets were down 12 points with just under 10 minutes to play when Will Reed, […] 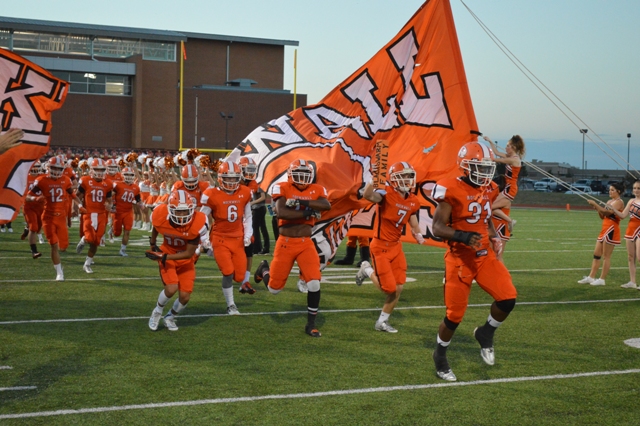 (ROCKWALL, TX – September 19, 2015) Solid play on both sides of the ball for the Rockwall Yellowjackets led them to a 47-20 victory – their first of the season – in Friday night’s home conference game against the North Garland Raiders (2-2). Rockwall (1-3) got its offense rolling early with a 20 yard touchdown pass […]