First responders to the rescue for Patriot PAWS

(ROCKWALL, TX – May 14, 2015) When PetSmart contacted Patriot PAWS Service Dogs, a non-profit organization that trains and places service dogs with disabled American veterans, to donate a large quantity of dog food, the first question was, how do we get the food from the Distribution Center in Ennis to the Patriot PAWS Training Center […]

(ROCKWALL, TX – May 19, 2015)  Colonel Keith Young, U.S. Army (Ret.), Alice Crosby and service dog Spots held the attention of guests at the May 12th meeting of Friends of the Rockwall County Library.  Young and Crosby are volunteer trainers for Patriot PAWS, a 501(c)3 non-profit whose mission is to provide service dogs to assist […]

(ROCKWALL, TX – May 3, 2015) Retired Colonel Keith Young will be the featured speaker at the May 12th meeting of Friends of the Rockwall County Library. In addition to telling the audience about the Patriot PAWS organization, Colonel Young will bring a service dog. He will answer questions about who trains the service dogs, […]

ROCKWALL/HEATH, TX (March 23, 2015) Around 30 Aspasians of Rockwall-Heath brought out their inner Da Vinci on St. Patrick’s Day and painted a large mosaic of a black Labrador Retriever, to be donated to Patriot Paws Service Dogs in Rockwall. The Aspasians fundraiser – held at Art’s A Blast in Rockwall, 2845 Ridge Road, Suite […]

Huffines Plano to present Patriot Paws with new vehicle during graduation event (June 26, 2014) Devon Colbert and his family will officially receive a Patriot Paws service dog, Yukon John (aka “Johnny”), during a special graduation ceremony hosted by Huffines in Plano at 11:30 a.m. Tuesday, July 1. Patriot Paws is a nonprofit organization based in […] 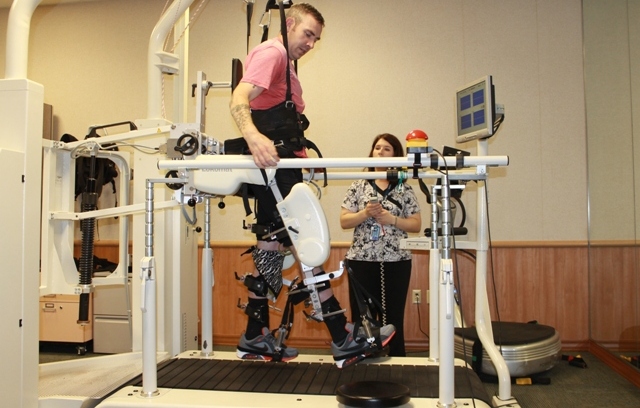 Through faith & fellowship ROCKWALL/HEATH, TX (June 25, 2014) When doctors told Emily Colbert her husband Devon would be paralyzed from the neck down she emphatically told them: “No, God hasn’t put His hands on us yet!” And she was right. “I got angry at the doctors,” said Emily, Devon’s biggest cheerleader. “The doctors were […]