The Rockwall County Helping Hands, located at 950 Williams St. in Rockwall, will host its annual Fall Holiday Market from 9 a.m. to 3 p.m. this Saturday, Oct. 22. The holiday sales event is presented by Centsible, and is dubbed “where fall and Christmas collide.” Shoppers can also take advantage of the fact that this is Tax Free Day at the […] 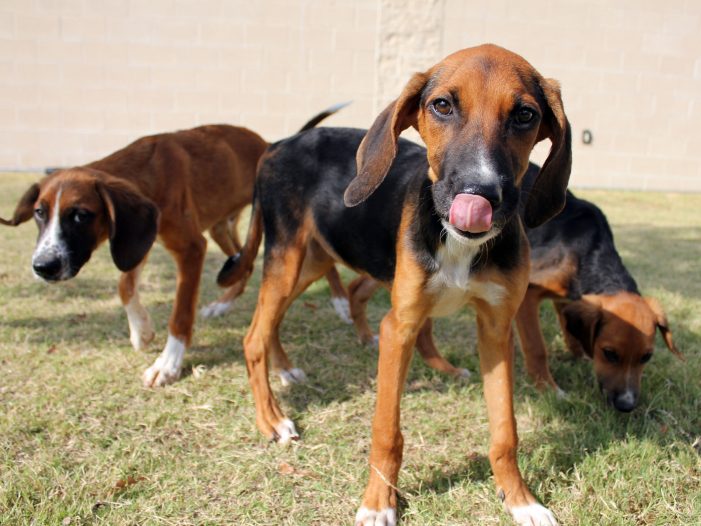 North Texas has been placed under a cuteness alert. These two sisters and their brother are friendly hound puppies. So sing along with us (to the tune of “The Brady Bunch”): “This is the story of the dogs named Hounders. There are two cute females and a male. They smile, sniff, run and play together. […]

Join the tail-gate party every Sunday 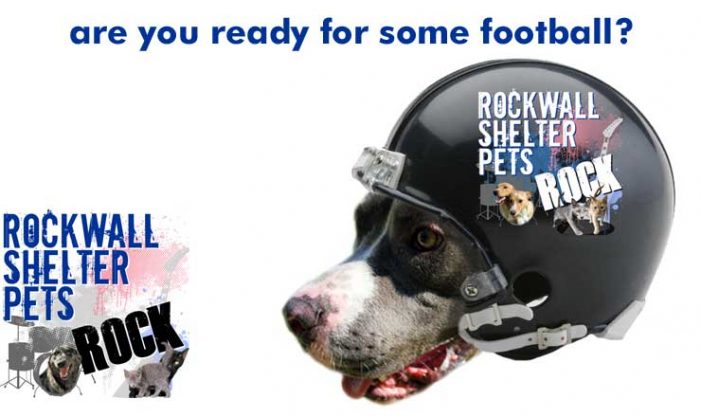 The Rockwall City Council voted unanimously Monday night, Aug. 15,  to make Rockwall a No Kill community. It’s the culmination of a volunteer-driven campaign by Rockwall Pets, an independent nonprofit, to stop the killing of healthy and adoptable animals at the city shelter. Following meetings between Rockwall Pets board members and city management, the issue […]

This just in: Tabitha, the Blue Ribbon News Pet of the Week for Aug. 15, has a new home, thanks to Alice Latham – and the generous donation to Rockwall Pets from a good samaritan, allowing Tabitha’s adoption fee to be waived.  Here was our original post, that went up only a couple hours ago: […]

In Wylie, these chicks sought relief in the swimming pool.   Thanks to a forum post at backyardchickens.com, we also tried this tip for helping backyard chickens survive the heat: create a make-shift air conditioner for the coop.   Construct the A/C unit out of a light-colored, rectangular, plastic trash can. Lay the trash can on its side, preferably […]

The Rockwall Animal Adoption Center has a groovy thing going during August.   Rockwall Pets is sponsoring the “Summer of Love: 60s Power!” pet adoption promotion. The Rockwall shelter is lowering the adoption fee by $60 for any pet who has spent 60 days or longer at the facility.   That means the adoption fee […]

This large, soft, cuddly teddy bear is part of the “Summer of Love: 60s Power!” promotion going on right now at the Rockwall Animal Adoption Center. The adoption fee for this quiet, loving, friendly girl has been lowered to only $25. Find out more about Birdie here and get more details about the groovy promotion […]