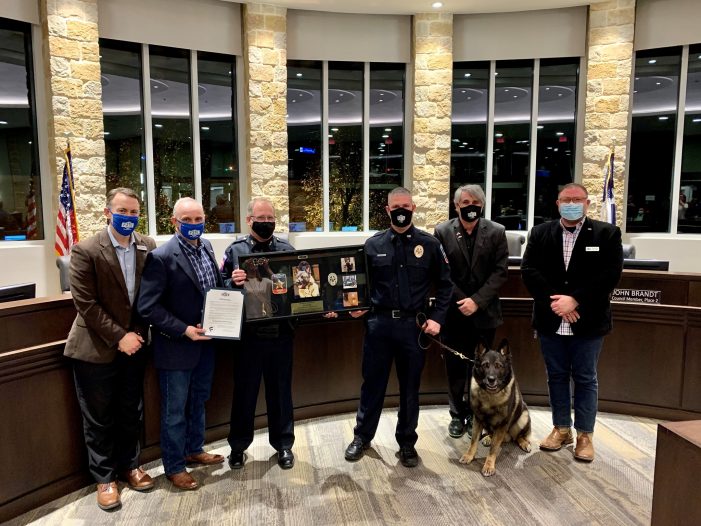 FATE, TX – Feb. 3, 2021 – The Fate City Council proclaimed today, February 3, 2021, as “K9 Public Safety Officer Czar Day.” Due to his age, Czar retired from the Fate Department of Public Safety on Monday, February 1, 2021. During his tenure, Czar certified in narcotics detection and evidence recovery through both the […] 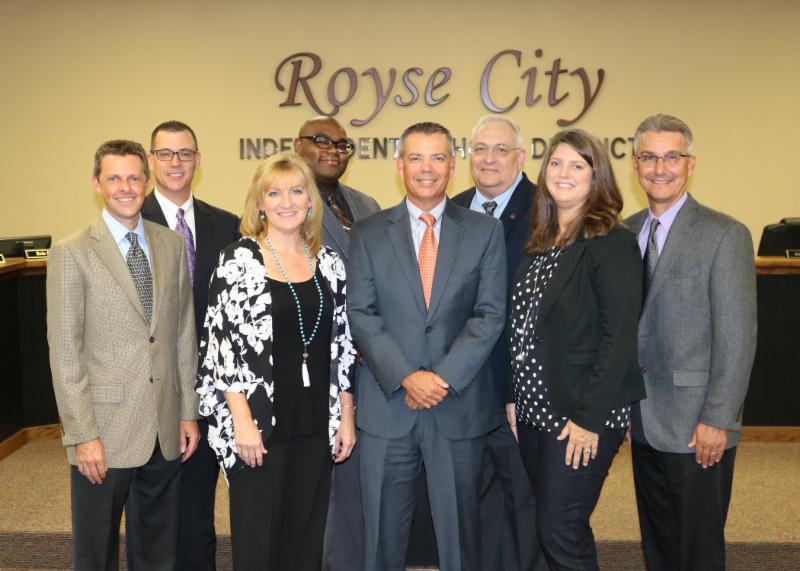 (ROYSE CITY — January 10, 2018) January is School Board Recognition Month and Royse City ISD is joining other districts across the state to thank these community volunteers for their commitment and contributions to our public schools. Royse City ISD Board Members are: President Julie Stutts, Vice President Scott Muckensturm, Secretary Christina Carrion, Member Bobby […]

(ROCKWALL COUNTY, TX – Jan. 26, 2016) Members of the EastTex Regional Community Emergency Response Team (CERT) were recognized during the Rockwall County Commissioners Court meeting this morning, Jan. 26, for their efforts in assisting the City of Rowlett and those communities which were affected by the devastating Dec. 26 tornado. Rockwall County Emergency Management […]

(ROCKWALL ISD – Jan. 21, 2016) Rockwall ISD celebrated their Board of Trustees in honor of School Board Recognition Month in Texas. The board is celebrated for their crucial role they play in the community and its schools. Throughout January, school districts around the state recognize the countless hours and diligent service that school board […]

(ROYSE CITY, TX – May 5, 2015) The Royse City Chamber of Commerce will host its annual Awards Luncheon & Recognition of the Board of Directors at 11:30 a.m. Tuesday, May 19 at Occasions at Stone River, 1250 FM 2453 in Royse City. This event is open to the public and will recognize those people […]

(Frisco) September 20, 2012 –  Centennial Medical Center, in Frisco was named one of the nation’s Top Performers on Key Quality Measures by The Joint Commission, the leading accreditor of health care organizations in America. Hospitals recognized as Top Performers demonstrate exemplary performance in using evidence-based clinical processes that are shown to improve care for […]

(Dallas/Dec. 29, 2011) DiagnosTemps, specializing in the placement of interim radiology professionals to healthcare facilities across the United States, was recently invited to participate in the True Blue Business Recognition Series, a program that publicly recognizes exceptional companies and business owners in the Dallas-Fort Worth area that are “doing business right.” Scott Sams, morning show […]

(Rockwall) May 15, 2012 – At the final meeting of the year, volunteers Mary Hanrahan and Joan Parish were honored by the Friends of the Rockwall County Library. Hanrahan received the Hartman Award, given annually to a to a Friends member who has performed over and above the requirements of their position and has promoted […]

Wylie ISD to recognize Board Members