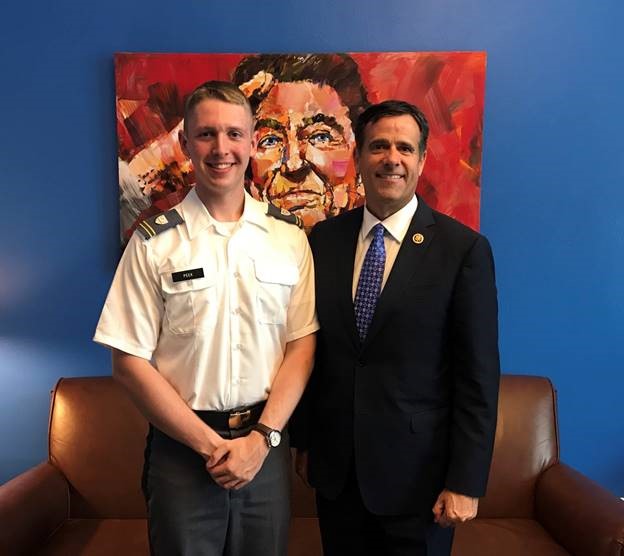 (WASHINGTON – July 12, 2019) Rep. John Ratcliffe (R-Texas) visited with West Point cadet, Nathaniel Peek, from Rockwall this week in his Washington office. Peek was nominated by Ratcliffe to attend West Point in 2017. He is now a junior cadet and is completing an internship at the Department of Energy in the nation’s capital […]

(ROCKWALL, TX — November 3, 2017) Rep. John Ratcliffe’s (R-Texas) Strengthening State and Local Cyber Crime Fighting Act of 2017 (H.R. 1616) was signed into law on Nov. 2 by President Trump. The law provides state and local law enforcement with the tools and training they need to combat cybercrime and protect our communities. It […]