(ROCKWALLL, TX – June 24, 2015) The JER Chilton YMCA at Rockwall recently opened registration for its Angel Camp summer program, providing kids with special needs the ability to have fun and socialize through a number of different enjoyable activities. Angel Camp runs for five one-week sessions Monday through Friday from 8 a.m. to 3 […]

ROCKWALL, TX (Feb. 19, 2015) Phelps Lake Park and Yellowjacket Park are two new, exciting destinations that enhance the park and recreation opportunities for Rockwall residents.  Phelps Lake Park, which officially opened this month on the north side of Rockwall, completes a premier outdoor recreation destination. It has a launching pier for kayaking enthusiasts and […]

Rockwall Community Playhouse offers theater workshop for those with Down syndrome, autism

ROCKWALL, TX (Feb. 12, 2015) Rockwall Community Playhouse is once again offering its STAR Players Spring Workshop. The 10-week STAR (Special Theater at Rockwall) program is offered to teens and adults 16 years and older with Down syndrome and autism. The focus will be on theatre basics, stage movement, auditions, stage makeup, improv and acting […]

ROCKWALL, TX (Jan. 27, 2015) Rockwall residents will soon see one of its parks become all-accessible, benefiting families and children and those with  handicaps or special needs. Yellow Jacket Park, located behind Hobby Lobby off of Yellow Jacket Lane, is set to be transformed into a one-of-a-kind, all-inclusive park with amenities and specifications made to […]

ROCKWALL/HEATH, TX (October 23, 2014)  Nearly 30 people from First Christian Church Rockwall made it to Coventry Reserve in St. Paul (north of Wylie) Sunday morning, Oct. 12 as the US Open Triathlon made its way through Rockwall and Heath, inspiring church members to find a different way to serve. Coventry Reserve is a program […]

YMCA Angel Camp takes the ‘dis’ out of disability

ROCKWALL, TX (May 28, 2014) Registration is underway through June 9 for Angel Camp, a state licensed day camp for North Texas area children with special needs, presented annually by the JER Chilton YMCA at Rockwall. Designed for youth ages 5 to 18, the summer program allows kids with differing physical and intellectual handicaps the […] 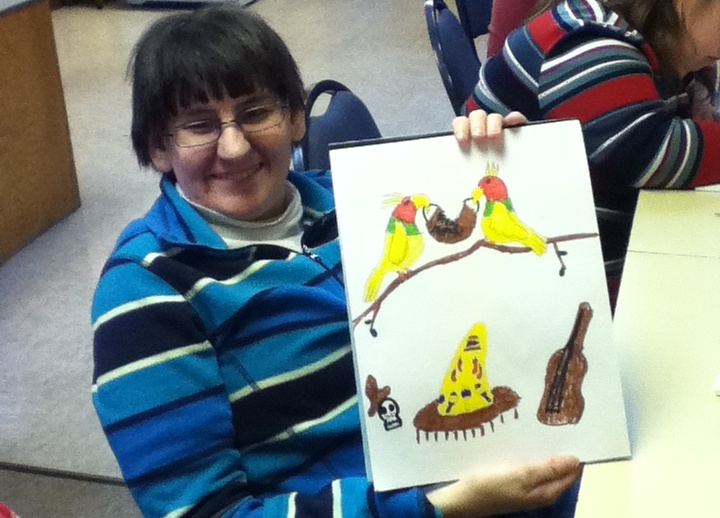 ROCKWALL, TX (March 23, 2014) It is said a picture is worth a thousand words – and nothing proves that old adage to be true more than art therapy. Just ask members of the Rockwall Art League, an organization created in 2000 to heighten awareness of fine arts. In 2012, the 80-member group organized ArtReach […]

WYLIE (January 7, 2014) Coventry Reserve in Wylie will host Volunteer Training from 8:45 a.m. to 3 p.m. Friday, January 24th. If you are looking for an opportunity to serve the community, please consider assisting adults with special needs as they create beautiful pottery. Coventry is a day program that provides life enrichment opportunities for […]