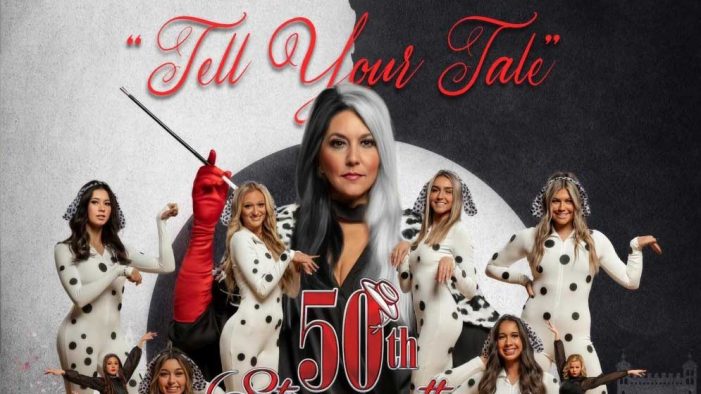 ROCKWALL, TX – April 22, 2022 — Join the Rockwall High School Stingerettes as they celebrate their 50th Anniversary during their annual Spring Show “Tell your Tale”. In the finale, 20 graduating seniors will be hanging up their hats for the last time. Showtimes are 7pm Friday, April 22nd and 7 pm Saturday, April 23rd […]

ROCKWALL/HEATH, TX (April 6, 2014) The Rockwall-Heath Highsteppers will present their annual SPRING SHOW, Le Cirque Du Coeur at 7 p.m. Saturday, April 12 at Rockwall-Heath High School. Tickets may be purchased from any Highstepper or at the door for $10. For more information, visit their event page: https://www.facebook.com/events/279032015591860/ or go to heathhighsteppers.org. To share your […]

(WYLIE-April 9, 2013) More than 50 girls in kindergarten through sixth grade participated in the Wylie East High Sapphires’ Junior Jewels Dance Clinic on April 5, assuring the young dancers a spot in the Sapphires’ Fourth Annual Spring Show on April 19 and 20. In addition to playing games with the Sapphires, eating pizza and […]

Register by March 28 to be guaranteed a clinic T-shirt (WYLIE-March 23, 2013) The Wylie East High Sapphires Drill Team will host a Junior Jewels Spring Show Dance Clinic on Friday, April 5th for girls in kindergarten through sixth grade. Check-in at 4:30 p.m. Clinic is from 4:30 to 8 p.m. Dinner will be served […]