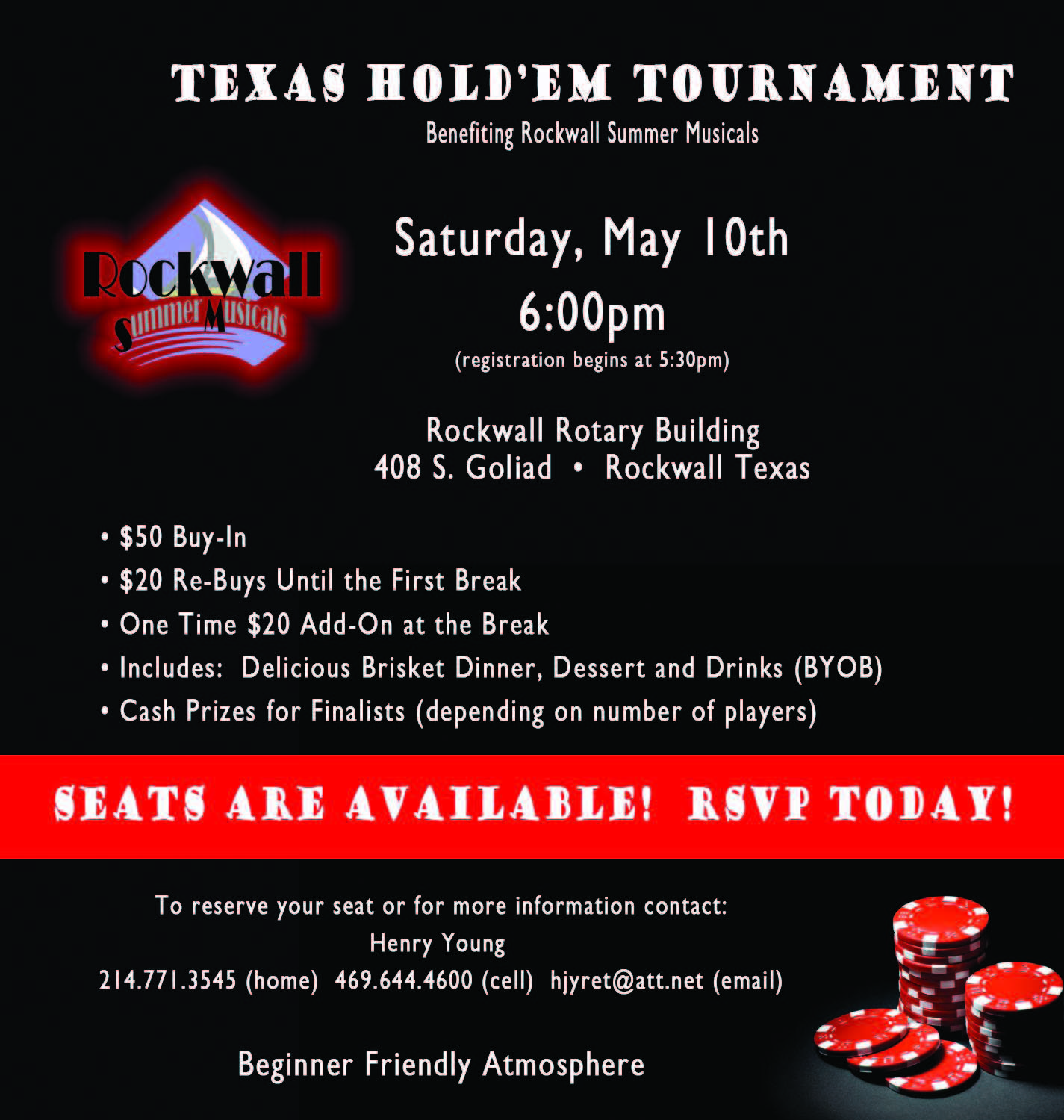 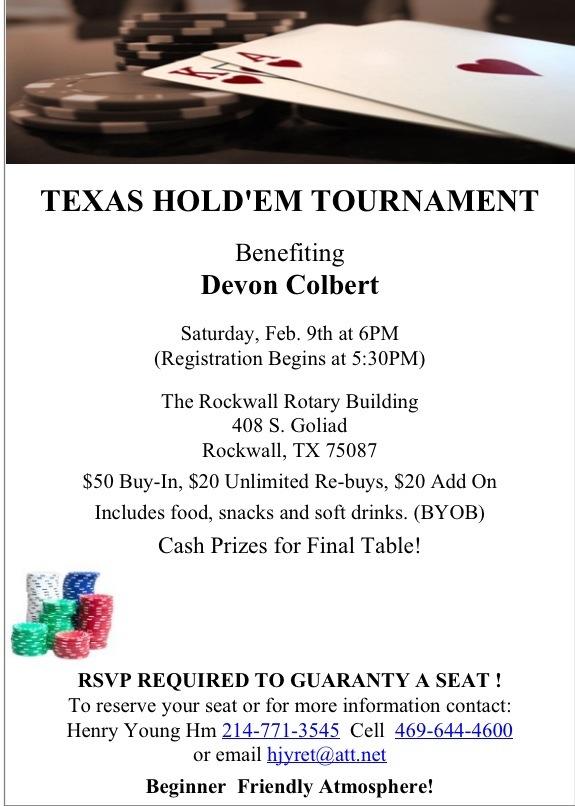 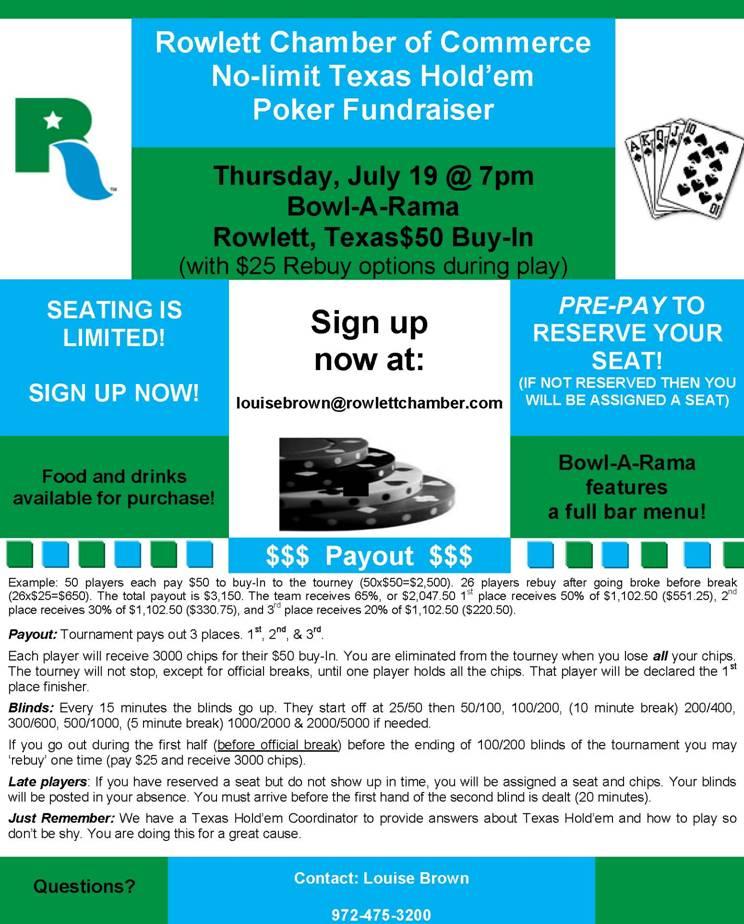 (Rowlett) July 2, 2012 – The Rowlett Chamber of Commerce will host a No-limit Texas Hold ’em Poker Fundraiser at 7 p.m. Thursday, July 19 at Bowl-A-Rama in Rowlett. This event will  help the Chamber to continue working to identify and implement programs that will assist in steady and balanced economic growth within the Rowlett […] 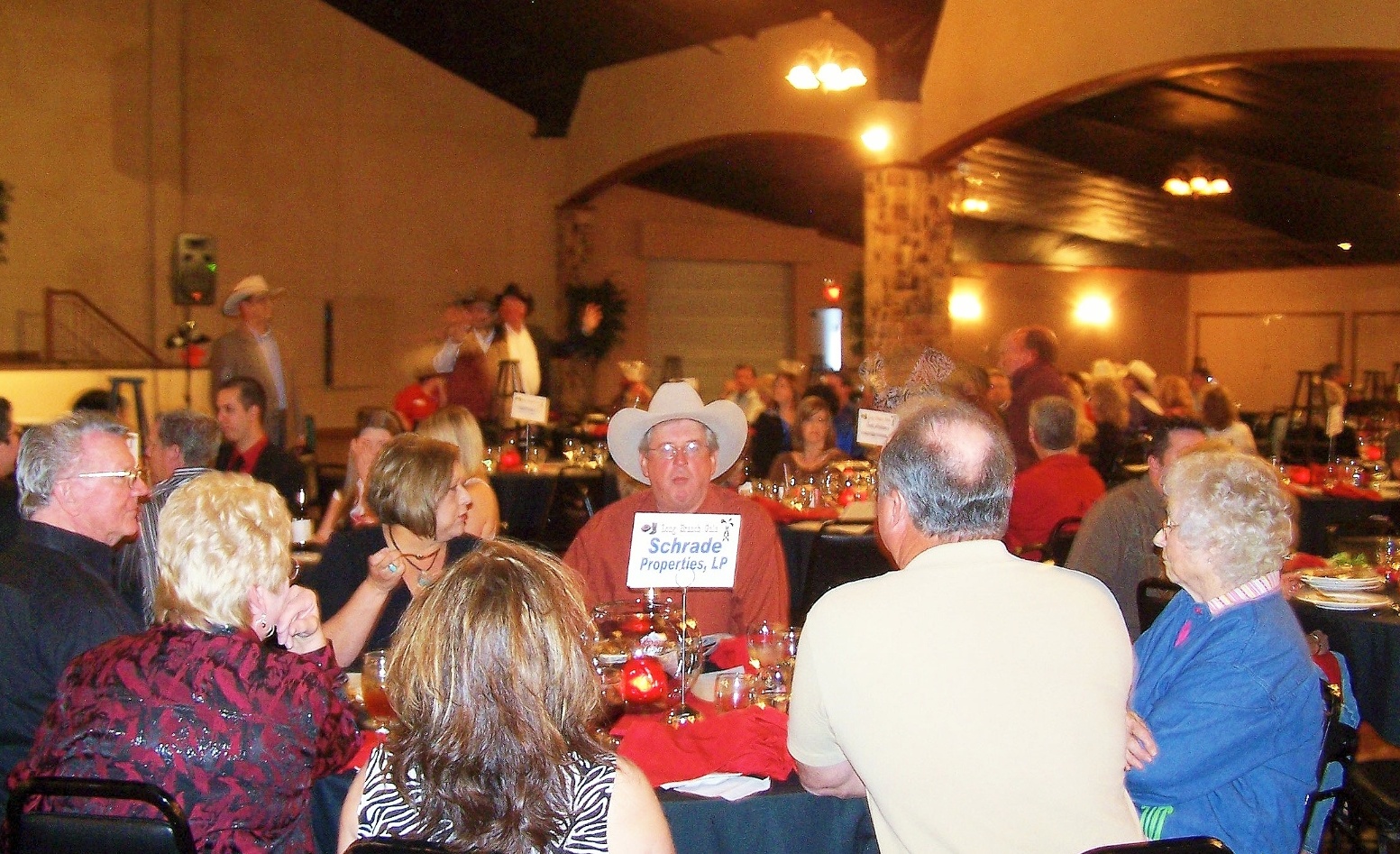 The Rowlett Chamber of Commerce is continuing its an annual tradition of fun, live entertainment and gaming as its hosts its 22nd Annual Casino Night this December.  Tickets are on sale and sponsorship opportunities are available for the country and western-themed event, dubbed the “Rowlett Stampede.”  The Major Sponsor for this year’s event is Lake Pointe Medical […] 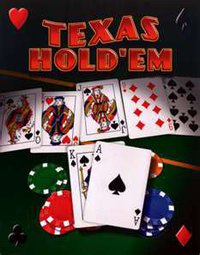 Come to the Rockwall Rotary Club, 408 S. Goliad St. in Rockwall, for the Texas Hold ’em Tournament benefiting the American Cancer Society Relay for Life. Space is limited to 100 players for the Saturday, Aug. 13 BYOB tournament. Player sign-in will be at 5:30 p.m. and the tournament starts at 6. The buy-in is $50, with multiple […]