The Heath Lady Hawks Varsity Soccer Team played their first home game of the season on Friday, winning 2-0 over Mesquite. 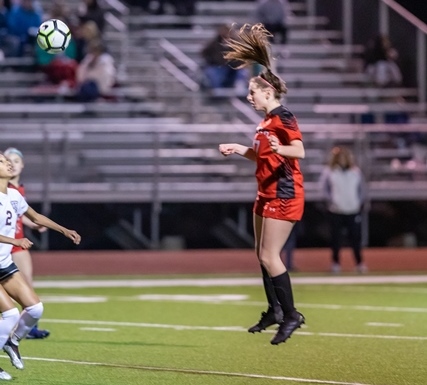 In the first half, Rockwall-Heath started the game slow but picked up the pace about 15 minutes into the game. They settled in and started to knock the ball around and attacked the outside of Mesquite’s defense (Alexah Fite, Alexis Williamson and Mackenzie Smith). Heath’s defense was very strong the entire half and only allowed Mesquite a few opportunities (Clara Whitten, Allie Bazzell, Whitney Gentry and Chloe Bys. Maddie  Mueller (GK) was not tested too often but did have to come off her line a few times.  Half ended with the score 0-0. 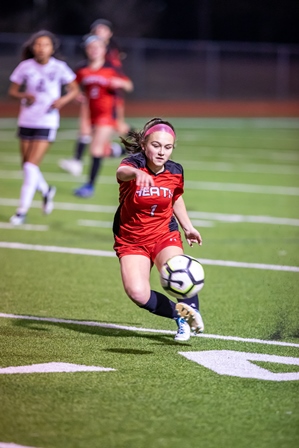 Rockwall-Heath started the second half off on a positive foot and Mesquite did not have a defensive strategy to stop Heath’s strong offense led by senior Kaylee Swaner and sophomore Hailey Mills. The ball was in the Hawk’s attacking side most of the half. Junior Alexah Fite and Halley Mills were again using the outside to get into the box and it finally paid off for the Hawks. Fite dribbled past a Mesquite defender and played a ball on the ground behind the defense to Hailey Mills and she finished 1st time. 1-0 Hawks. About 7 minutes later Fite again was played an amazing ball out wide and she fed it to Senior Kaylee Swaner in the run and she put the ball in the back of the net.  The game was back and forth for the remainder of the game and senior leader Mackenzie Kaufhold kept the defensive shape and freshman GK was able to keep a clean sheet. 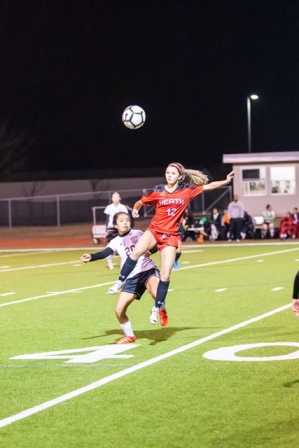