By Editor on February 24, 2020 2:52 PMComments Off on Rockwall Stingerettes win big at American Dance/Drill Team competition 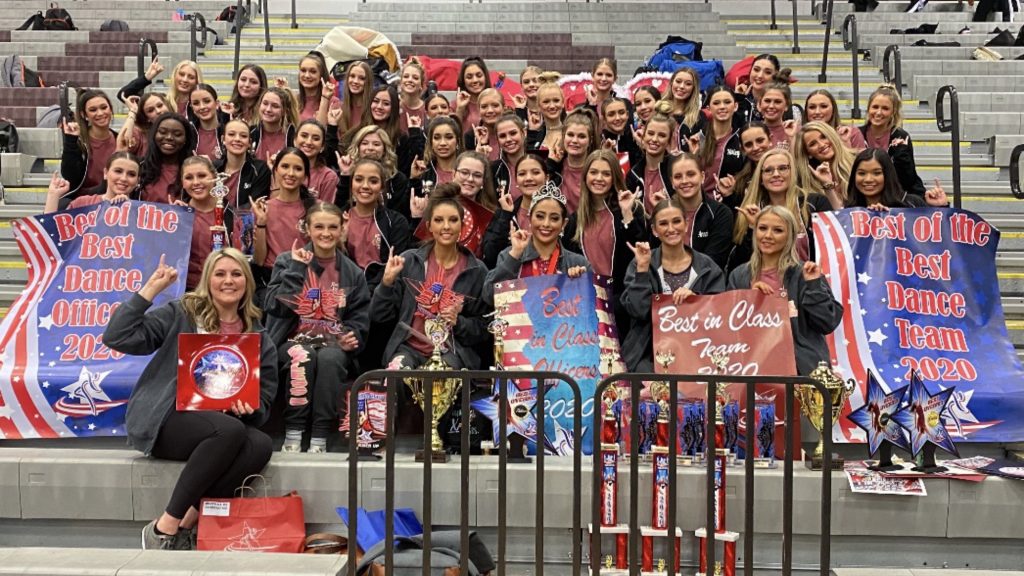 (ROCKWALL, TX) The Rockwall High School Stingerettes competed at the American Dance/Drill Team Competition on February 22, bringing 10 routines of various styles. The Stingerettes received 6th place High Score overall out of all teams, 2nd place in the Large High School Division, and the Judge’s Award (a score of 94 or higher from all judges) for all three Team routines.

They were also voted Most Outstanding Team at the competition by the other teams in attendance.

The Stingerette Officers received 1st place out of all Officer teams and a platinum overall award, earning them the Best of the Best Officers award. They also received the Judge’s Award for all routines.

The Stingerette Elite team, the Showstoppers, received 1st place out of all Elite teams, a platinum overall award and the added honor of earning the highest score of all teams entered at the competition – giving them the Best of the Best award! Their lyrical routine was awarded the “Wow Factor” award as well.

The Junior Varsity Instructors competed a jazz routine which earned 1st place and a Judge’s Award. All three teams received the Gussie Nell Davis Award of Excellence and Sweepstakes.

In the solo division, Stingerette Captain, Julia Blevins, received 1st place; Senior Lieutenant, Lainey Crawford, received 2nd runner up; and Samantha Bramlett, Meleah Davis, Siah Maslo and Jayme Smith were all solo runners up as well.  The Stingerette Director, Jessica Clark, was honored with the Outstanding Director Award. It was an amazing day for our Rockwall High Stingerettes!

Story and photo by Leigh Ann Davis for publication in Blue Ribbon News.