ROCKWALL, TX (Oct. 1, 2020) Sunday will be a monumental day for World War II veteran William Louis Patterson of Rockwall, who turns 100 years old on Oct. 4. Since friends and family cannot gather for a traditional birthday celebration due to the pandemic, a drive-by caravan party is planned for Saturday afternoon, October 10. 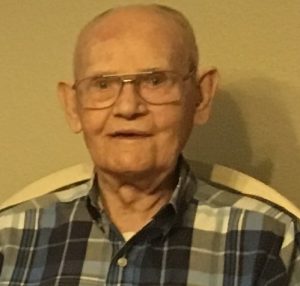 William Louis Patterson was born in Bernie, Missouri, on October 4, 1920, to Maudie and J.G. Patterson. Raised in a share-cropper family in Stoddard County, he met and married Eva Mae Barrett on June 8, 1940 in Tallapoosa, Missouri, where he continued to farm. He entered the United States Army Air Corps in 1942 and served during World War II as a medic in Chabua, India, near the Burma border under General Henry Arnold.

After he returned from the war, and after two children came along, the family moved to Southern California in 1948. There he worked on avocado and citrus ranches for several years in northern San Diego County. The family settled in Fallbrook and William found federal civil service employment at Camp Pendleton in the late 1950s. He retired from civil service in 1985, and after spending several years in the nearby town of Vista, he moved to Texas to be near his daughter in Conroe. In 2014 he moved to Rockwall, where he currently lives near his son, Bill Patterson. 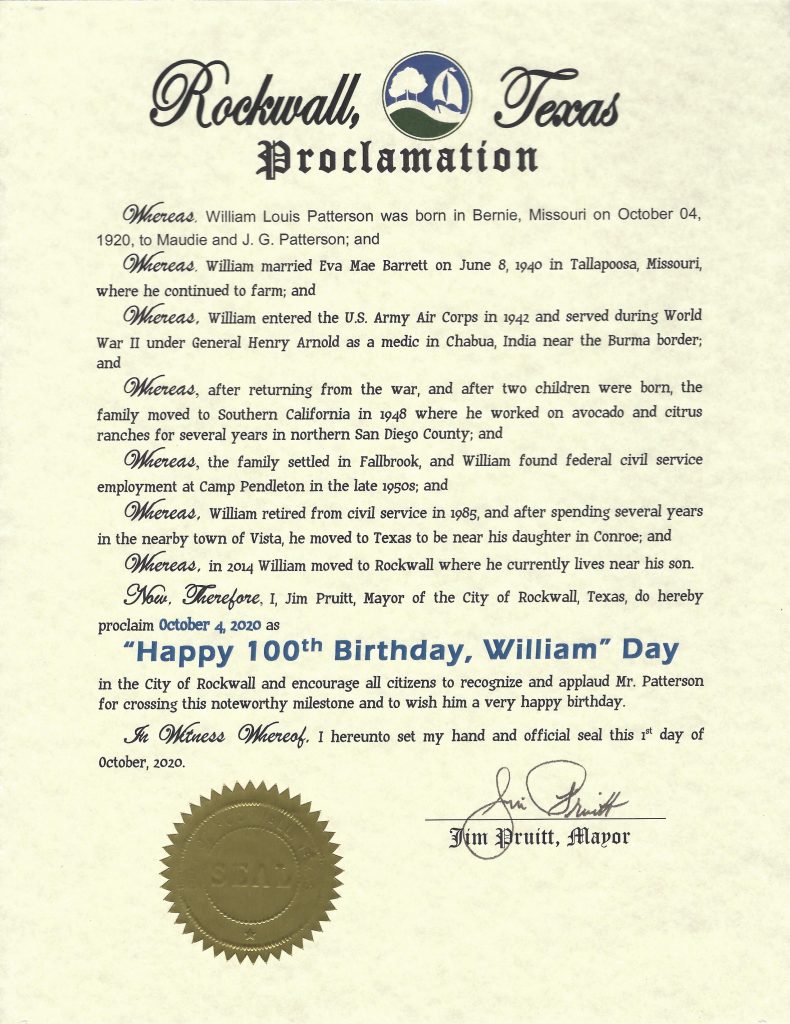 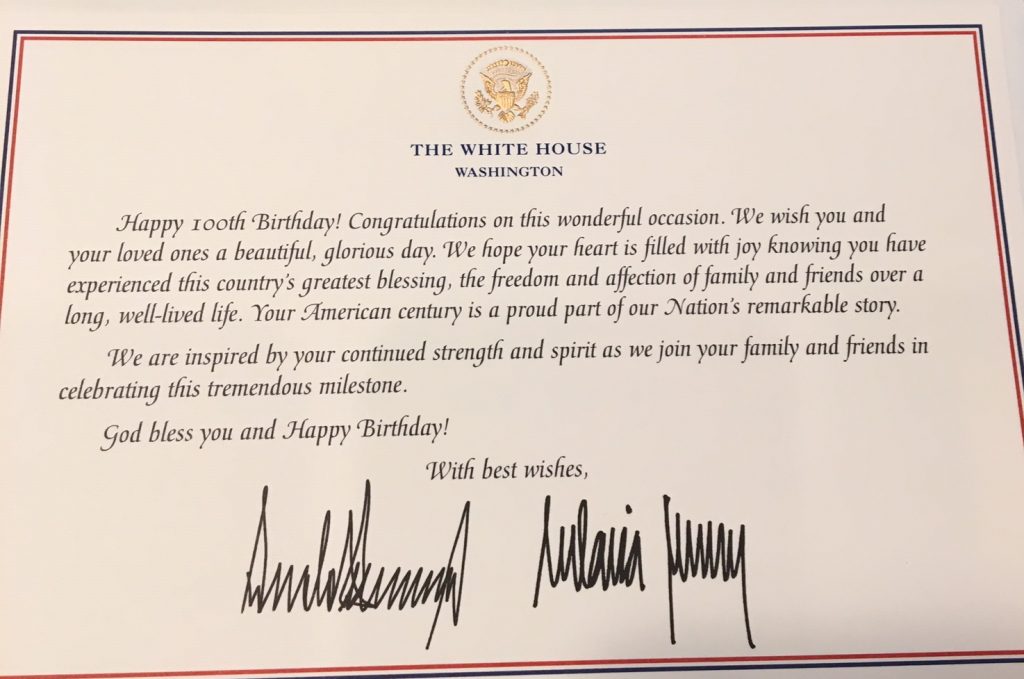 Those wishing to send greeting cards or birthday wishes to William may do so at: William Patterson, 782 Hanover Dr., Rockwall, TX 75087, loupatjr@aol.com. 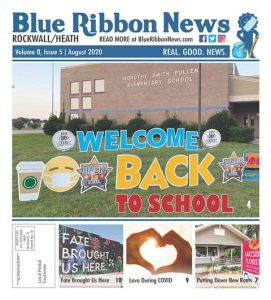