(Dallas, TX) The Vanderbilt to Vickery Association will host its annual Lower Greenville Avenue St. Patrick’s Day Block Party, the largest one of its kind in Dallas, on Saturday, March 14, 2020. The Block Party runs 9 AM-7 PM in Lower Greenville between Vanderbilt and Vickery. Guests 21 and older are encouraged to dress in […] 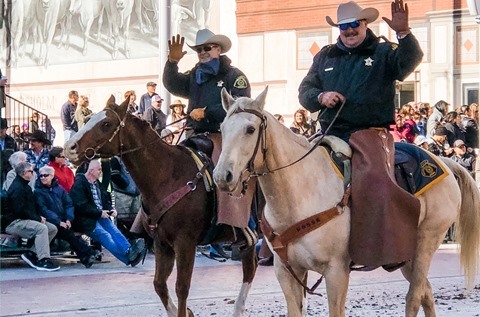 The Rockwall County Sheriff’s Posse was proud to represent the fine citizens of Rockwall County in the “One-and-Only, Horse Powered All-Western” Parade kicking off the 2020 Ft. Worth Stock Show & Rodeo. More than 2,000 horses joined by marching bands, floats and dignitaries. Posse member State Representative Justin Holland wrote on his Facebook page, “As […] 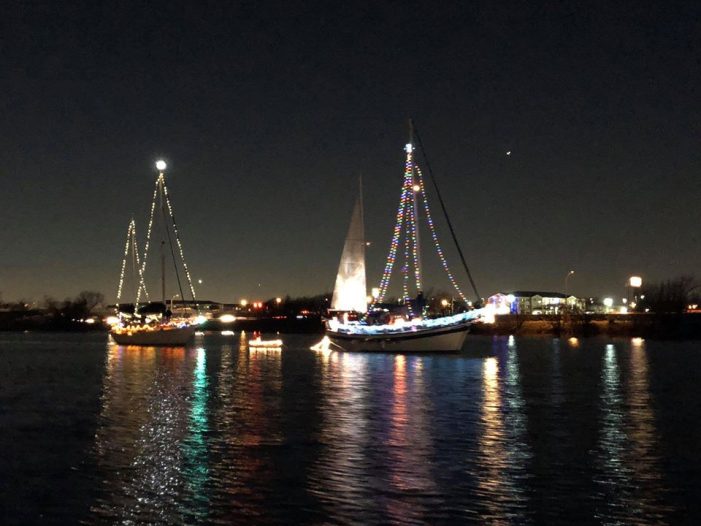 Enjoy the Christmas lighted boat parade on Lake Ray Hubbard on Saturday, Dec. 14. Viewing available the docks at the Rockwall Harbor at 7 p.m., as well as from Chandlers Landing at 7:30 p.m., and again from the Rockwall Harbor at 8 p.m. Those wishing to decorate their boats and join the parade should meet […]

(ROCKWALL, TX – Sept. 30, 2019) Tyra Winters is not your ordinary high school cheerleader. Not only can she tumble down the field while leading a crowd, she is a hero! During the Rockwall High School homecoming parade, Tyra’s courage and leadership skills would be put to the test. While she was in the parade, she […]

(ROCKWALL, TX – Sept. 17, 2019) Rockwall High School Homecoming Week is September 16-21.  The RHS Homecoming Parade will take place on Wednesday, September 18.  The parade begins at 6 p.m. at Dobbs Elementary School.  The RHS Class of 1989 will serve as parade marshals.  The parade route will follow Clark Street to Boydston to Townsend […]

(HEATH, TX – July 16, 2019)  It was pure red, white and blue hometown Americana in the City of Heath as the community celebrated July 4 with the Annual Independence Day Parade and Patriotic Program in the park afterwards. During the program, Mayor Kelson Elam presented the parade awards and honored attending veterans. Pastor Mark […]

Veterans Invited to Ride in Special Float (HEATH, TX – May 28, 2019) For a patriotic hometown American experience, join the festivities at the City of Heath’s Annual Independence Day Parade on Thursday, July 4. Parade entry awards will be presented during a patriotic celebration immediately after the parade in Towne Center Park featuring a live […]

(ROCKWALL, TX – Feb. 28, 2019) Is your business, organization, club, or group interested in participating in this year’s 4th of July parade? The Rockwall Parks and Recreation Department will host the parade on Thursday, July 4. The parade route will be the same as the Christmas parade.  Check out some of the details here and […]