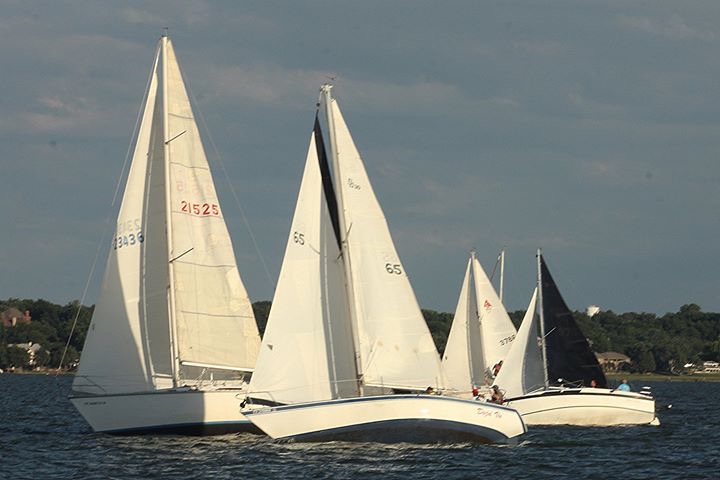 ROCKWALL, TX (June 20, 2022) Dallas Race Week has an event history going back to 1982, always bridging the week of Summer Solstice in June and held at Chandlers Landing Yacht Club. 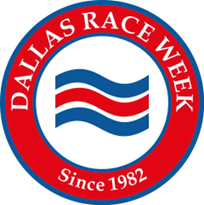 The first Dallas Race Week was June, 1982. Scott Self, a founding member of Chandlers Landing Yacht and Tennis Club, conceived the idea and orchestrated the event for many years. Chandlers Landing was founded in 1974 on the eastern shore of Lake Ray Hubbard as part of a large residential development, club, and marina. Scott and 11 other members of Chandlers Landing Yacht Club went as a team to race Dean Guerin’s Columbia 56 in the 1978 Antigua Race Week. They won their division over many other boats from all over the world. It was a week-long sailing event with parties every night after the races.

Scott wanted to bring that kind of fun to Chandlers Landing. Dallas Race Week was modeled after that event, but modified to fit the local racing area. Dallas Race Week is held the week beginning with Father’s Day. In the past it started on Sunday evening with the first race at 7 pm, and there was one race each evening at 7 pm Sunday through Friday night – allowing sailors to work during the day and race each evening. After each of the 6 evening races there is a party. Every year there are approximately 50 boats. Each boat has between 3 and 10 crew members, contributing to a total of over 300 people participating every night. (SEE THE 2022 SCHEDULE BELOW)

The first few years the event was underwritten by Chase Bank and was an invitational regatta. The event has always attracted top sailors from around the area. America’s Cup skippers Dennis Conner, John Kolius, as well as Olympic gold medal winner Paul Foerster have raced in past years. Multi National Champions Bill Draheim, Kelson Elam, and Rob Johnston competed most years and great rivalries have developed between them and Dave Irwin, Jeff Progelhof, Doyle Sherman, among others.

The event has the same format as in the past, but the biggest change was when Dallas Race Week changed from one big party to a charity event with a big party. Helping Hands of Rockwall in 1999 became the primary beneficiary raising hundreds of thousands for those less fortunate. In 2006 the Rockwall Breakfast Rotary became the sponsoring agency raising money not only for Rockwall Helping Hands but many other worthy causes in the Rockwall Area. Scott Self participated in every Dallas Race Week until his passing in June 2020.

This year will be the second time the event proceeds will benefit the Scott Self Memorial Scholarship that concentrates on ‘trade school’ continuing education.