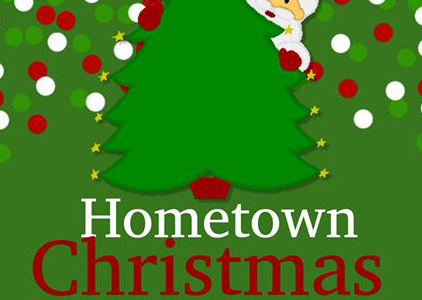 (ROWLETT, TX — Dec. 2, 2019) Come and enjoy a free and open to the public hometown old-fashioned Christmas event at Iris Memory Care of Rowlett on Dec. 8 from 6 p.m. to 8 p.m. and help out the Alzheimer’s Association of Greater Dallas and the Veteran’s Resource Center at the same time. “The Center […] 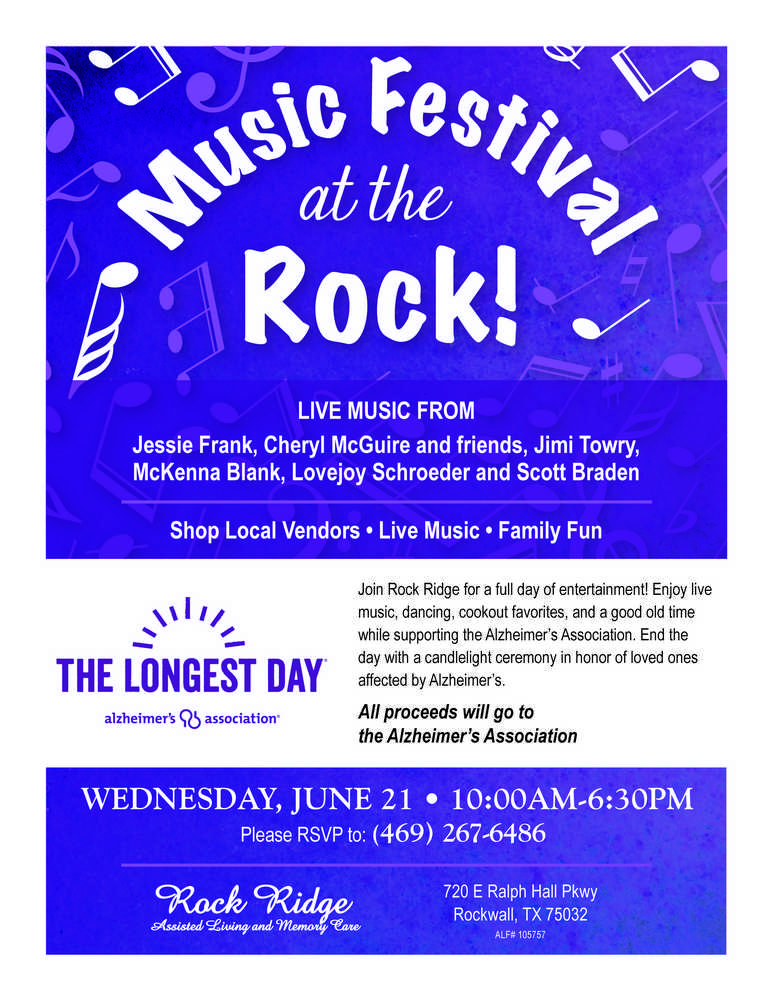 (ROCKWALL, TX — June 13, 2017) Rock Ridge Assisted Living and Memory Care invites all to its Music Festival at the Rock event supporting the Alzheimer’s Association on Wednesday, June 21, from 10 a.m. to 6:30 p.m. Folks will enjoy a full day of family fun, including live music, dancing, local vendors and cookout favorites. […]

(ROCKWALL, TX—May 10, 2016) When someone is diagnosed with Alzheimer’s, friends and family have many questions: What does the diagnosis mean? What kinds of plans need to be made? What resources are available to help? As the disease progresses, new questions reflect growing needs for skills, programs and services. Alzheimer’s disease is a growing epidemic […]

UPDATE (July 31, 2015): We just received word from the Associate Director of Community Relations at the Alzheimer’s Association, Greater Dallas Chapter that this event has been cancelled. No word on whether it will be rescheduled but we will keep you posted. (ROCKWALL, TX- July 22, 2015) The Alzheimer’s Association, Greater Dallas Chapter, in association with the Dallas Film […]

(ROCKWALL – October 23, 2013) The Alzheimer’s Association Memory Cafe is an opportunity for people to share stories and socialize with others who are living a similar journey with dementia. The Memory Cafe meets the third Wednesday of every month at Culver’s.  The next meeting is from 9 to 10:30 a.m. Wednesday, Nov. 20 at […]

(Rockwall) July 27, 2013 –Autumn Leaves of Rockwall – Alzheimer’s & Memory Care has been working tirelessly to raise money for the Alzheimer’s Association. Their July 20th Garage Sale and Car Wash, held at Christian Brothers, raised more than $1,800 for the cause. Autumn Leaves plans to follow up that successful fundraising event with a Motorcycle […]