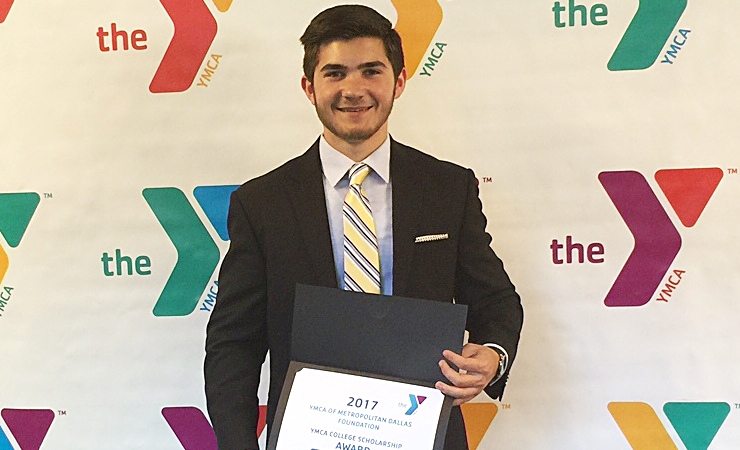 (ROCKWALL, TX – April 30, 2017) Senior Dylan Redig was among a select group of North Texas students to earn a YMCA of Metropolitan Dallas Foundation college scholarship. He and 19 other college-bound students were honored at the 37th Annual YMCA College Scholarship Awards Ceremony held April 27 at the T. Boone Pickens YMCA in […]

ROCKWALL, TX. (August 19, 2015) The Rockwall High School Stingerettes shared a week of summer fun with young ladies from kindergarten through 6th grade, by hosting their annual Kids Camp. The theme of Kids Camp was “Once Upon a Time”, focusing on storybooks.  Stingerette Officers taught dance technique and a routine that was performed for […]

GARLAND,TX. (August 18, 2015) Are you ready for some action-packed high school football? Students, parents and community members can secure their seats for the 2015-16 varsity football season this month. Ticket sales begin Monday, Aug. 10, for current season ticket holders and Monday, Aug. 17, for the general public. Season ticket packages are $24-36, depending […]

(HEATH, TX- August 17, 2015) When Cooper Brandy shares “What I Did This Summer” on the first day of school, he can list serving as Mayor of Heath for the Day among his activities. “Mayor Brandy” skillfully oversaw City operations including Public Works and the Department of Public Safety on August 11. He concluded his […]

(ROCKWALL, TX-August 17, 2015) Sammy wants to be your BFF! She is a cuddly little girl who is loving life now that she is out of the shelter. Sammy is a 3 year old Norfolk Terrier Mix. Her adoption fee is a donation of $125. She has already been spayed, microchipped and fully vaccinated and […]