(ROCKWALL, TX – Sept. 26, 2018) Rockwall ISD and Rockwall Ford are honored to host Breast Cancer Awareness Night at Wilkerson-Sanders Memorial Stadium Friday, October 19 at 7:15 p.m. The event will be followed by the Longview vs. Rockwall-Heath football game at 7:30 p.m. Breast cancer survivors will be welcomed on the field at 7:15 p.m. […]

In The Pink Luncheon shares powerful stories about breast cancer 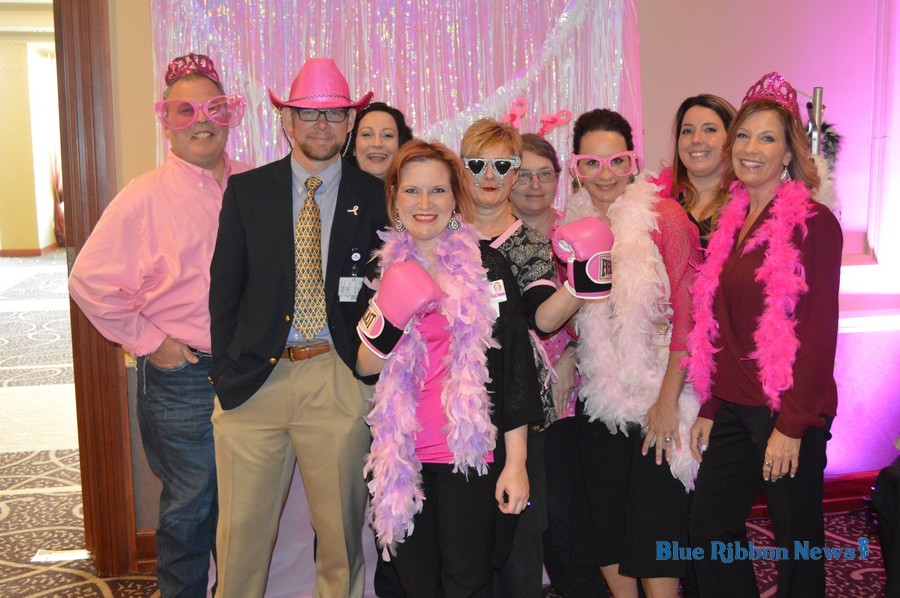 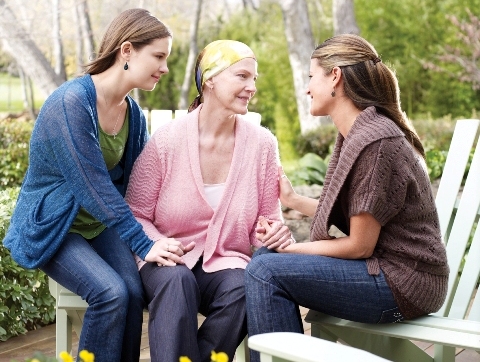 (ROCKWALL, TX – Sept. 23, 2016) It is frequently said “it’s the little things that count.” Or “big things come in small packages.”  Sometimes you hear “bigger isn’t always better.” Each of these sayings is true, but perhaps the significance of the meaning varies with any given moment. The significance of a “small thing” can […]

ROWLETT (January 29, 2014) The Lake Pointe Breast Center Support Group will meet from 6 to 7 p.m. Tuesday, February 4, 2014. The group is open to all breast cancer survivors, whether newly diagnosed or a long-term survivor. Lake Pointe will provide information, resources, emotional support, healthy tips and guest speakers. Join them to share […]

On the other side of breast cancer

(ROCKWALL – October 24, 2013) Mom reached a milestone recently – one year since successful breast cancer surgery! It was important to mark that day because not long ago we were frightened that she wouldn’t be here today. Now that we have come through the other side, I want to share a little bit of what […]

In the Pink Luncheon for breast cancer education, prevention 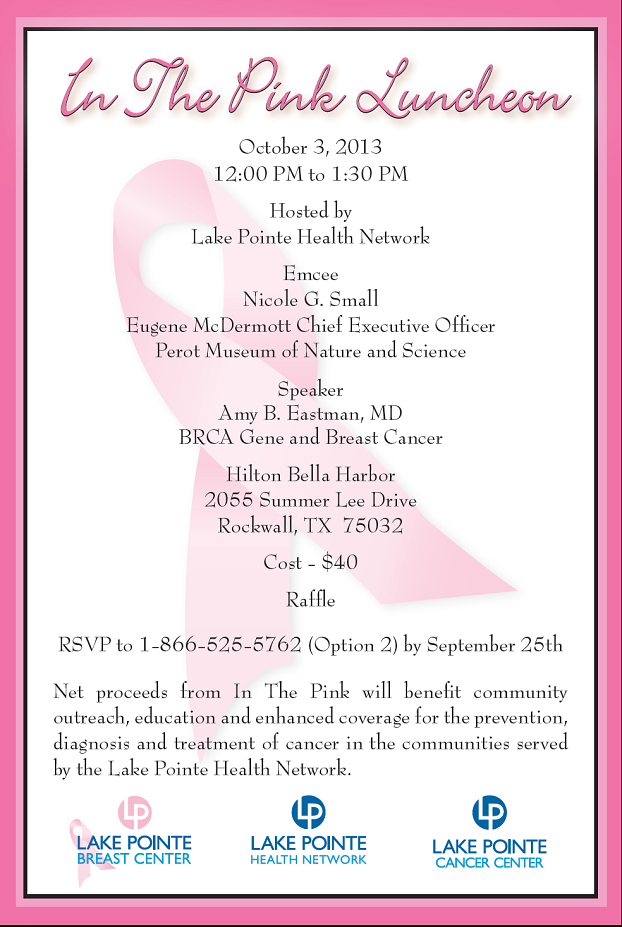 (ROCKWALL/ROWLETT – Sept 27, 2013) The 4th Annual IN THE PINK Luncheon, hosted by Lake Pointe Health Network, will be noon to 1:30 p.m. Thursday, October 3 at the Hilton at The Harbor. Net proceeds from the event will benefit community outreach, education and enhanced coverage for the prevention, diagnosis and treatment of cancer in […]

Rockwall Relay set for April 26 at Cain Middle School If I get depressed, my Norwegian Shepherd gets depressed. So I put on music and dance around the house, and my dogs jump around with me.” ~ Linda Bernard (ROCKWALL-March 18, 2013) Linda Bernard is smiling as she pulls off her purple cap to reveal […]

(ROWLETT-February 10, 2013) Lake Pointe Medical Center, based in Rowlett, recently received the 2013 Founders Award from The Bridge Breast Network for its efforts in helping uninsured women fight breast cancer. The two major criteria used to select the finalists and winner include, the number of clients served and the amount of services donated within the year. […]

October 23, 2012 – Lake Pointe Health Network, based in Rowlett recently announced the addition of 3D Mammography at the Lake Pointe Breast Center in Rockwall.  Women who undergo routine mammograms at the LPBC now have the latest screening and diagnostic technology available to them. LPBC is one of the first centers in the Dallas/Fort Worth […]