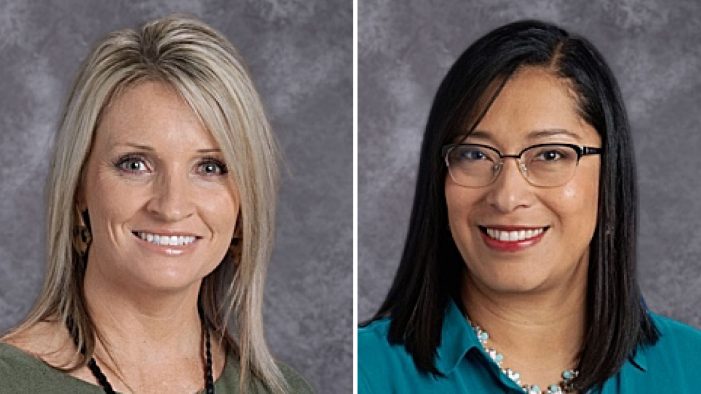 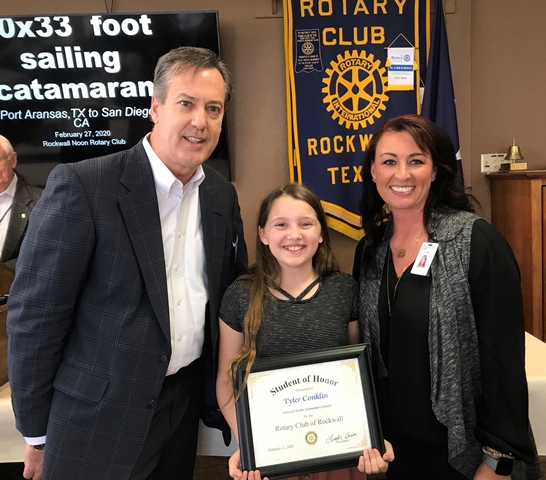 The Rockwall Rotary Club recognized its Student of Honor this week from Dobbs Elementary School – Tyler Conklin! During today’s lunch program, Lori Bailey, Assistant Principal of Dobbs Elementary, described Tyler as a “spectacular student” who excels in all of her academic endeavors.  She explained that Tyler hops on a every day to go Utley […]

(ROCKWALL, TX – Sept. 24, 2018) Rockwall ISD recently held a dedication ceremony for the new Howard Dobbs Elementary School. The event was attended by students, parents, staff, alumni, government officials and community members. “Our community’s educational history is founded in this area,” said Superintendent Dr. John Villarreal. “This is our history, and today we see […]

(ROCKWALL, TX – April 9, 2018) Dobbs Elementary and Reinhardt Elementary will be neighbors during the 2018-2019 school year. This will be a temporary accommodation as Dobbs moves into their new building and Reinhardt relocates to the former Dobbs facility while a new school is built at the current site. After hearing from parents, staff and […]

(ROCKWALL, TX – Nov. 16, 2015) Mrs. Straight’s 4th graders at Dobbs Elementary took analyzing area and perimeter to a new level on Friday. As they worked in pairs to move about the hallways, they looked for ways to find the area and perimeter of multiple surfaces that they move about every single day. There […]

(ROCKWALL, TX – October 20, 2015) Fourth Graders at Dobbs Elementary in Ms. Pitts class created dioramas depicting the lives of Native American tribes in Texas using shoeboxes and materials found in the classroom. Following their research of Native Texans, students will showcase their products around school to visitors and others students at Dobbs. Submitted […]

(ROCKWALL, TX – October 19, 2015) Students in Mrs. Hammond’s class at Dobbs Elementary came to school dressed to impress on Monday disguised as their favorite idiom. The fifth graders have been studying figurative language and today, they brought their own idiom to show students and teachers how literal they are taking their learning. Submitted […]

ROCKWALL, TX (November 5, 2014) Students in Mrs. Segura’s fourth grade class at Dobbs Elementary completed their first  Project Based Learning Unit this past week and showcased it to peers, faculty and family. The students have been working diligently on creating movie trailers based on a single driving question that allowed them to display the […]

ROCKWALL, TX (November 3, 2014) Rockwall’s Noon Rotary recently honored Howard Dobbs’ sixth grader, Lydia Lopez, as their Oct. 30 Rotary Student of Honor. She was nominated by her sixth grade teachers as an outstanding student leader. Lydia has attended Dobbs Elementary from Kindergarten through sixth grade. Currently, she serves on the campus Green Team and […] 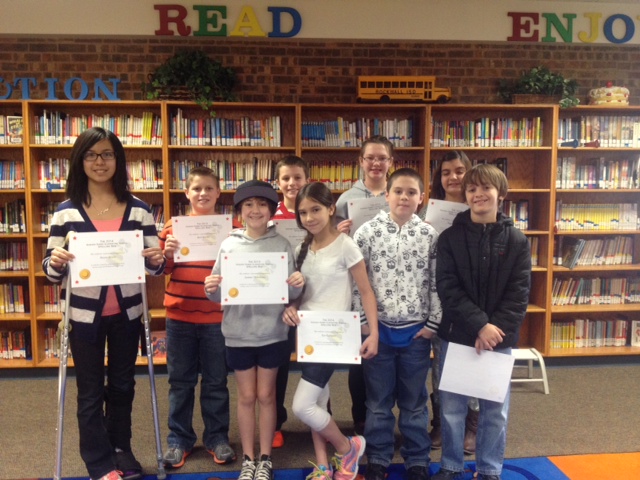