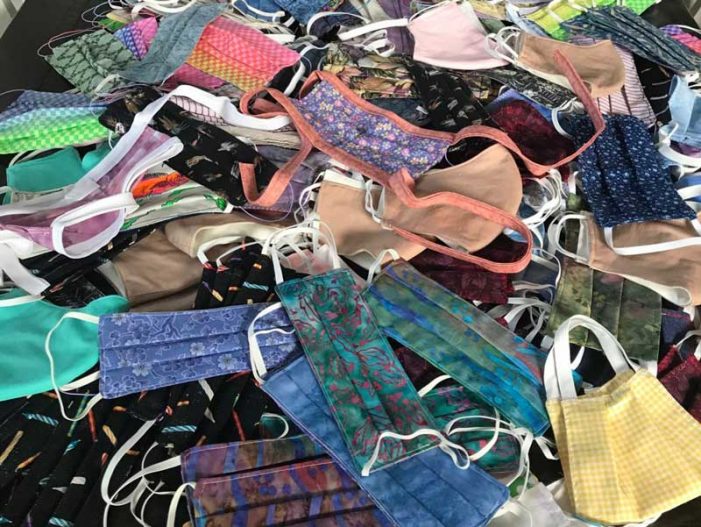 Unity in a time of distancing (GARLAND, TX – April 15, 2020) With supplies dwindling across the country, 16 Garland Independent School District nurses used their three-day weekend to sew more than 300 masks for their fellow GISD colleagues on the front lines. The unique, handmade masks were made for staff who make GISD’s curbside […]

GARLAND,TX. (June 29, 2015) The Garland ISD Board of Trustees announced a plan to fill its Place 4 seat, which will become unoccupied after Dr. Cindy Castañeda’s resignation takes effect Aug. 18. The Board of Trustees plans to fill this vacancy by appointment. To select this appointment, the board will accept applications from qualified individuals […]

(June 8, 2015) GARLAND,TX. Two Garland ISD teachers received a special surprise June 3 that sweetened their end-of-year celebrations. Samantha Patten and Marie Walker-Peterson were named 2014-15 District Teachers of the Year. “It is my pleasure to present this award,” said Superintendent Bob Morrison as he handed each a commemorative plaque. “Thank you for your […]

GARLAND,TX. (November 5, 2014) As an educator, counselor and member of the local police force, a Garland ISD School Resource Officer (SRO) plays a vital role in a school’s environment. But educating students about the legal system and personal safety is not an SRO’s only job, they also bring awareness to drug and violence prevention […]

(Garland ISD) July 17, 2013 – While Garland ISD students and staff enjoy their break, one group of district employees is working hard to ensure that schools and offices stay in the same condition they left them. GISD Security works 24 hours a day, seven days a week—including weekends and holidays—to protect the district’s assets. […]

(GARLAND ISD-December 26, 2012) Curtis Culwell may no longer be Garland ISD’s superintendent, but his legacy will live on as an advocate for education. GISD’s Council of PTAs recognized Culwell with a National PTA Life Achievement Award at its December meeting. “A PTA Life Achievement Award acknowledges great efforts made to improve the lives of […]

(Garland ISD – November 12, 2012) While most school districts use attendance zones to determine a student’s campus, Garland ISD allows its parents to decide. The 30-day “Choice of School” election period for elementary families begins March 1. Parents can learn about available options by visiting the first-ever GISD Magnet Fair on Dec. 1 at […]