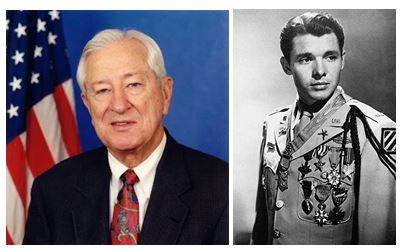 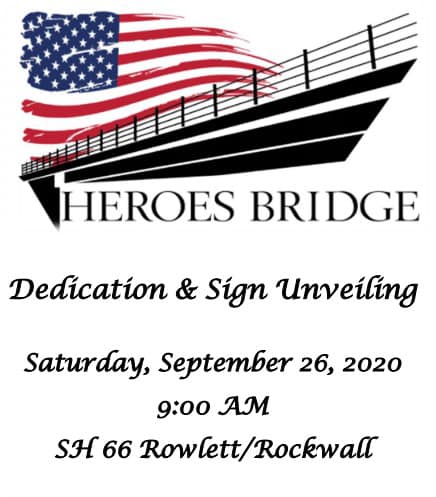 ROCKWALL, TX (September 25, 2020) A dedication ceremony will be held on Saturday, September 26 at 9 a.m. to officially recognize the SH 66 bridge between Rockwall and Rowlett as the “Heroes Bridge.” The change was made to raise awareness of the issue of veteran and first responder suicide. Statistics show that military veterans, police […]

Stretch of Interstate 30 through Rockwall to commemorate Congressman Ralph Hall 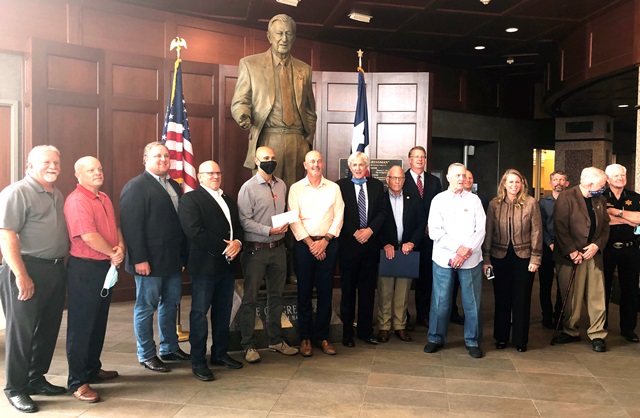 ROCKWALL, TX (September 16, 2020) Signs will soon be going up on a stretch of Interstate Highway 30 through Rockwall, designating it Ralph M. Hall Highway from the Dallas County line, to Hunt County. “Congressman Hall was beloved in Texas and in Washington because he put others before himself,” said David Sweet, Rockwall County […]