(ROCKWALL, TX — October 16, 2019) The Rockwall Breakfast Rotary experienced the City of Rockwall Animal Services’ “Wild Trailer.” This is a fascinating and educational trailer displaying all the wild critters that are living in Rockwall County. Joyce Ross, one of the co-founders and builders of the trailer, explained the various animals, how they live […]

(ROCKWALL, TX – Feb. 25, 2016) Sydney Calk of Cain Middle School was recognized today by the Rockwall Noon Rotary Club as a Rotary Student of Honor. She was presented with the award during a luncheon program at Rotary Hall. Sydney’s counselor was on hand to present her as the best Student of Honor yet. […]

(ROCKWALL, TX – August 26, 2015) The Rockwall Breakfast Rotary Club has begun a Satellite group that will provide opportunities for community service and fellowship for professionals who cannot attend Rotary meetings during regular business hours. The Satellite will hold its first meeting at 7 p.m. Monday, August 31 at Arbeledo’s Restaurant in Rockwall. This […] 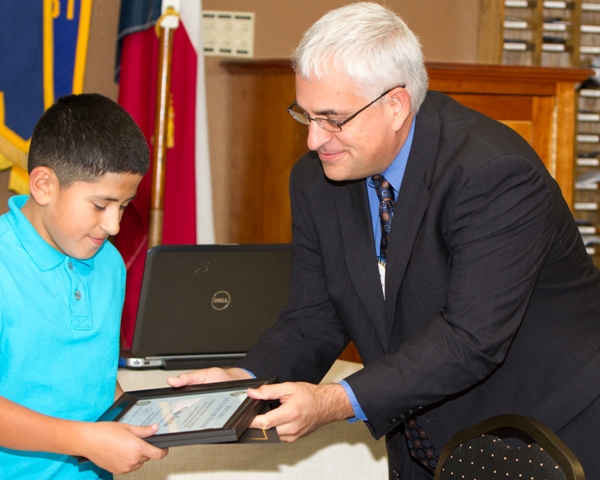 ‘Why I Relay’ / In memory of Lance Holland

Rockwall County Relay For Life, April 27-28 “Lance Holland was my brother, not just my brother-in-law,” Dana Macalik stated emphatically. “He began dating my sister, Saundra, when they were just 13 years old. He was a fixture in my family from then on, because they weren’t just high school sweethearts. They married when they were […]