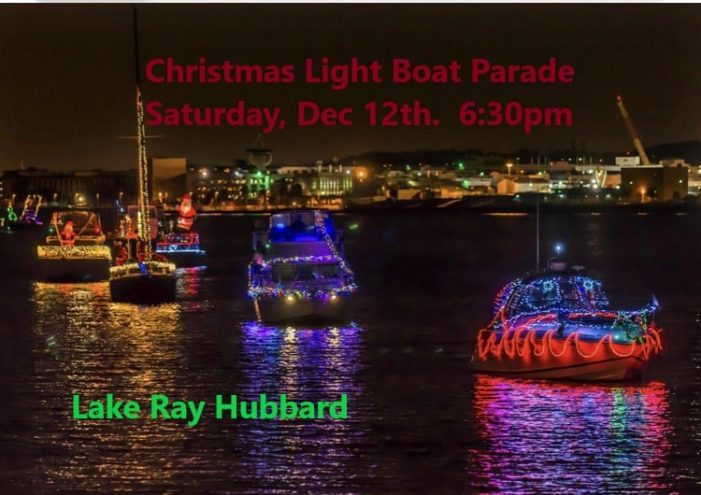 ROCKWALL, TX (Oct. 31, 2020) Calling all boaters that want to join a Christmas light boat parade on Saturday, December 12 on Lake Ray Hubbard in Rockwall. The boats will leave Sapphire Bay Marina (at Dalrock and I-30) at approximately 6:30 p.m., head down the I-30 bridge to the Rockwall Harbor arriving at approximately 7:00pm. […]