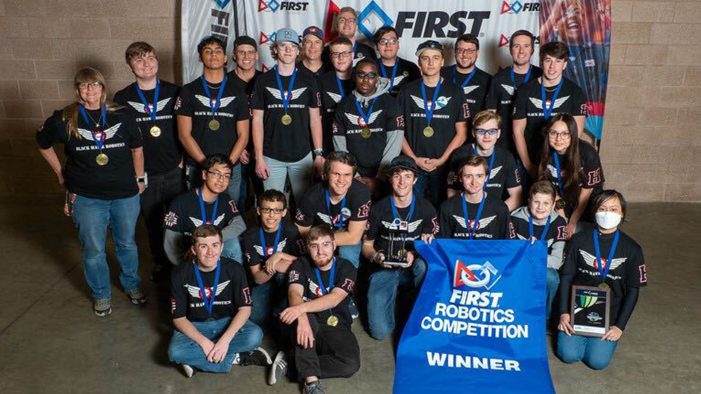 ROCKWALL, TX (May 6, 2022) The Rockwall-Heath High School Black Hawk Robotics Team recently competed at the World Robotics Competition in Houston. Out of 457 teams competing in six divisions where they finished second in the Roebling Division and won the Creativity Award for their division. Prior to the World Competition, they ranked 5th in […]

ROCKWALL, TX (May 4, 2014) The Rockwall Heath Robotics team traveled to St Louis to compete in the FIRST Worlds Championships April 24-26.  Only 400 teams qualify for the Championships  out of over 6,000 teams world wide.  This is the third year in a row that the Black Hawk Robotics team have advanced to the […]

(ROCKWALL/HEATH-April 7, 2013) The Black Hawk Robotics team won the Dallas Regional FIRST Robotics Competition on March 21-23.  By winning this regional event, the team qualifies to attend the FIRST Robotics Championship in St Louis, April 24-27. This is the second consecutive year that the team has qualified for the World Championships.  The championships includes […]

(GARLAND ISD – December 10, 2012) Garland ISD’s robotics program is going global, with representation at the 2013 VEX Robotics World Championships. More than 600 of the best middle and high school teams from 15 countries will face off next April in California, including two from GISD—both products of Austin Academy for Excellence. Qualifying to […]