The issue with time

ROCKWALL, TX (October 12, 2014) Time – it is that which we all possess. It is very valuable to all of us, but cannot be purchased, only spent. Time is priceless, but it costs us nothing. It is kind to some and harsh to others. Time can be killed, but not destroyed. It can be […]

ROCKWALL,TX. (July 30, 2014) July 8th was a special day at the Rockwall Breakfast Rotary. Paul Schwartz with Honor Flight presented information about this wonderful organization. Paul is aViet Nam veteran and has a passion for the mission of Honor Flight. Pictured are Paul Schwartz and three WWII veterans that are Rockwall residents. These are […]

ROCKWALL,TX. (July 15, 2014) It is a privilege to tell the story of my good friend, Bennie Daniels. Bennie is a man of varied talent, wisdom and success. He has taught me much about life and relationships over the past 25 plus years. He has been my older brother that I did not have as […]

The Man Who Lived “A Very Long Weekend” 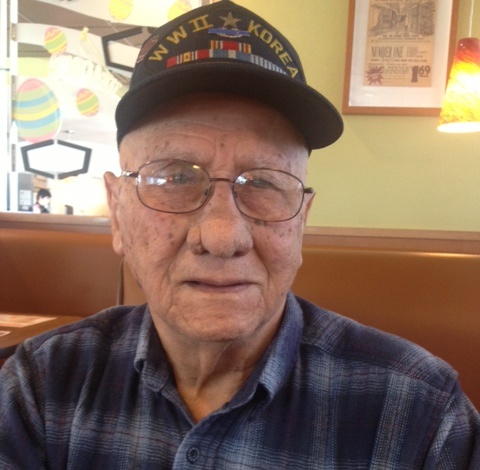 ROCKWALL/HEATH, TX (June 23, 2014) Vernon Ribera of Heath most certainly has a distinguished personal history. He is a retired professor of computer technology and Professor Emeritus at the University of Central Oklahoma, teaching at the university level from 1962 to 1990, and he is one of our nation’s patriot heroes. Vernon was orphaned at […]

ROCKWALL, TX (May 24, 2014) Let’s face it, we have plenty of holidays in America, and the workforce is usually very eager to see each of them roll around. It means time from the job, a long weekend and play and family time. And that’s all good, but the holiday we call Memorial Day probably […]

ROCKWALL, TX (April 16, 2014) Baseball has long been known as the America’s National Pastime. Not necessarily an American invention, but certainly an American experiment, or even evolution. Abner Doubleday is usually credited with the invention of the game, but it actually seems to have developed from “Rounders,” a game still played in England today. Controversy […]

ROCKWALL, TX (April 3, 2014) While still in high school, local resident Terry Sumerlin realized that his family would be unable to send him to college. So he attended Barber College and by the time he was a senior in high school he barbered in a barber shop in San Antonio, TX.  The years in that […]

(March 23, 2014) With springtime comes promise of the new, the freshness and hope of renewed energy and vitality. We have been restrained by the winter months and now it’s time to hear the crack of the bat, grill some dogs and enjoy the sunshine. A daily reminder is the beauty of nature shaking off […]

ROCKWALL (February 4, 2014) My long time friend and Rockwall resident, Bob May, is an avid baseball fan. That is not quite correct, however. It would be better to say that the game of baseball pumps energetically through Bob’s veins and gives him zest for life. One of his most memorable moments was in 1949 […]

ROCKWALL (January 26, 2014) In the mid 1940’s, the fledgling TV industry began broadcasting Gillette’s Cavalcade of Sports, which had originally been a radio program. This was the real beginning of the glory days of sports broadcasting, lasting into the 1960’s. Those of my generation can still hear the “Look Sharp/Be Sharp” theme song in […]