ADDISON,TX. (July 24, 2014) If you tuned into KTXD-TV’s “The Broadcast” on Channel 47 on Wednesday morning, you would have seen executive Chef Ted Reemstma prepare specialty dishes from Table 13,Addison’s newest fine dining and live entertainment venue. Chef Ted was on air for two segments of the show, just enough time to whip up […]

ADDISON, TX. (July 18, 2014) Wednesday, July 23 Table 13’s Executive Chef Ted Reemtsma will appear on KTXD-TV‘s “The Broadcast”, channel 47, from 9-11 am. Chef Ted will be preparing specialty dishes from Table 13 as well as sharing with the audience about Table 13,Addison’s newest fine dining and live entertainment venue. The show will re-air […]

(ADDISON-February 8, 2013) Dads Day at Trinity Christian Academy in Addison is a time where fathers of fourth graders join their students for lunch, learning and fellowship in the classroom. Each student has the opportunity to show off to their dad and display their recent projects, accomplishments, works of art and more. The students also […]

(Addison) October 11, 2012 – Come visit the Trinity Christian Academy campus and meet face-to-face with teachers for grades kindergarten 12 during the Admissions Open House from 2 to 4 p.m. Sunday, October 21. The headmaster from each school will share more about TCA’s exciting Lower School, Middle School and Upper School programs that strive to […]

Revolutionary, all-natural products reverse aging process, increase vitality, in older dogs (Addison) September 16, 2012 –Lauriston Crockett’s best friend was Joe “Cocker.” They shared life together for more than 17 years. Then the inevitable happened. Joe died of disease due to old age, and Crockett was never the same. He decided to undertake a new […] 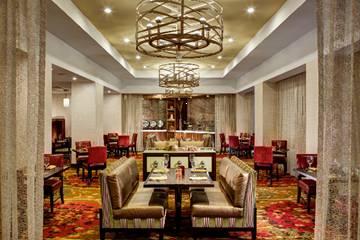 (Addison) March 26, 2012 – Civic and business leaders from the City of Addison joined members of the Dallas/Addison Marriott Quorum management team and Marriott corporate officials for a ribbon cutting Thursday evening, March 15, to celebrate renovation of the hotel located just minutes from the Dallas Galleria. The $3.5 million makeover includes the creation […]