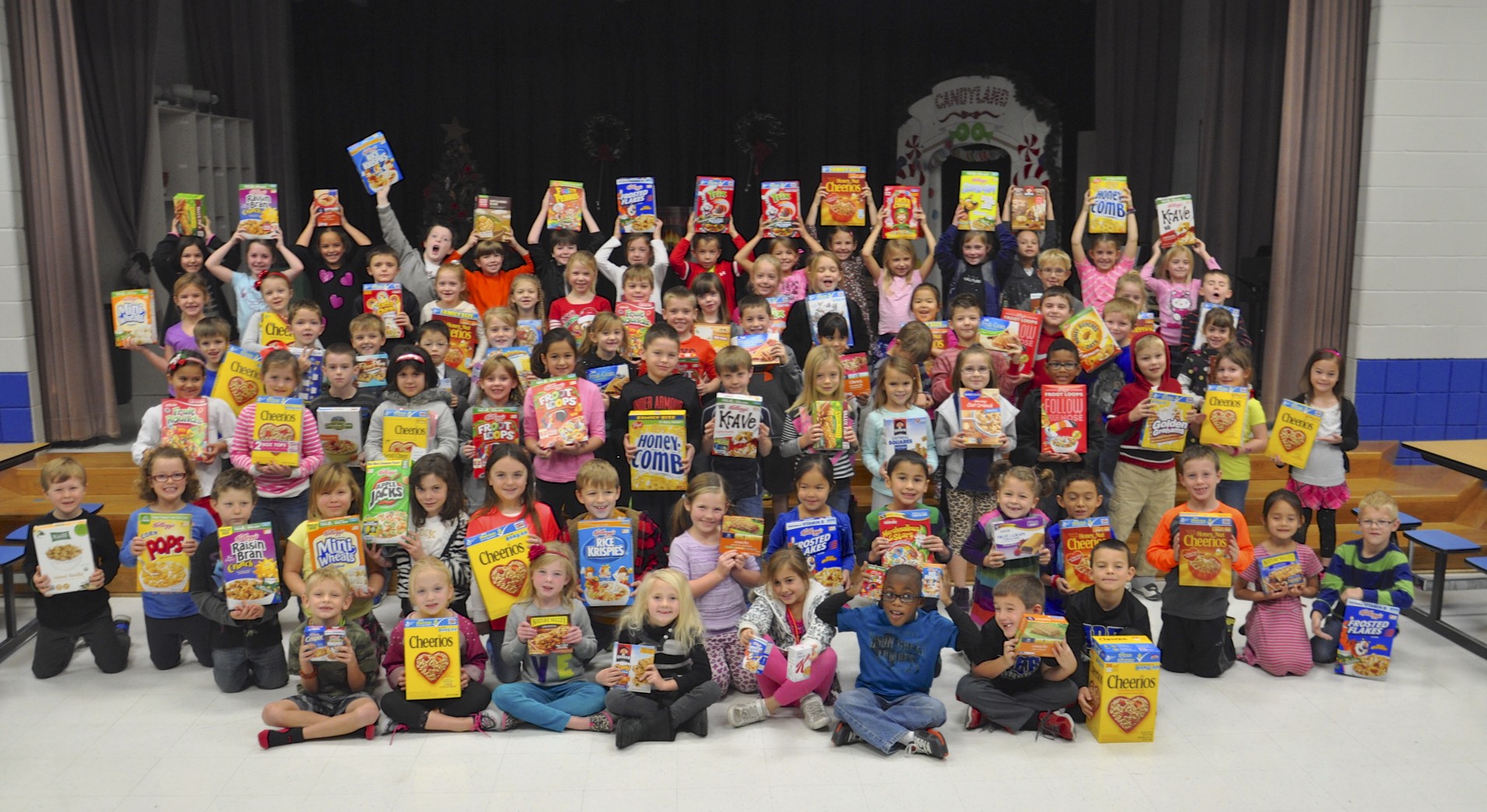 ROCKWALL – December 16, 2013 – Amy Parks Heath Elementary students would like to thank all those who donated to their APHE First Grade Big Hearts for Breakfast Food Drive. APHE first graders provided four shopping carts full of cereal and granola bars to the Rockwall County Helping Hands Food Pantry. “I had the privilege […]

ROCKWALL COUNTY (November 29, 2013) When our Rockwall County neighbors experience an unexpected crisis, where do they turn? If they’re like most in our community, they go to Rockwall County Helping Hands. Why? Because they know Helping Hands serves residents by relieving financial crisis and by providing a medical home. And they know that clients will be treated […]

(ROCKWALL-May 7, 2013) Anna Hibbs, a sixth grader in Christine Roach’s class at Grace Hartman Elementary School, recently collected and delivered more than 700 pounds of canned goods, flour, sugar, oil, peanut butter, jelly, canned meats and Hamburger Helper to Rockwall County Helping Hands.  “While researching on the internet, I learned that one out of every six […] 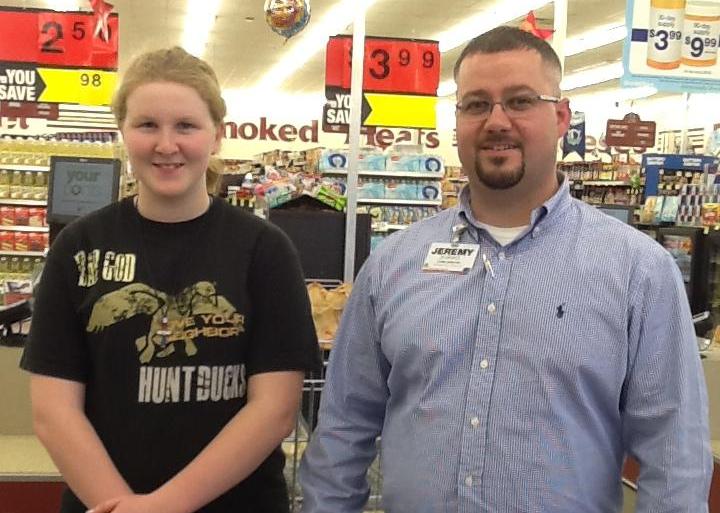 Caring neighbors (FATE – December 5, 2012) Kerry Wiemokly (left) and Brian Braun unload boxes of food collected for the Helping Hands Food Pantry by the Woodcreek Neighborhood in Fate. Their efforts brought in about 2,205 pounds of food for the pantry, according to Sherry Hamm, the non-profit agency’s Director of Assistance and Referral. If […]

(November 20, 2012)  Girl Scout Troop 2864 celebrates  Girl Scouts’ 100th birthday at the First Baptist Church of Royse City food pantry. The girls brought “presents” (food to donate) to the birthday party as well as  stocked the shelves themselves and learned all about what a food pantry provides.  They topped off the evening with cupcakes. Pictured […] 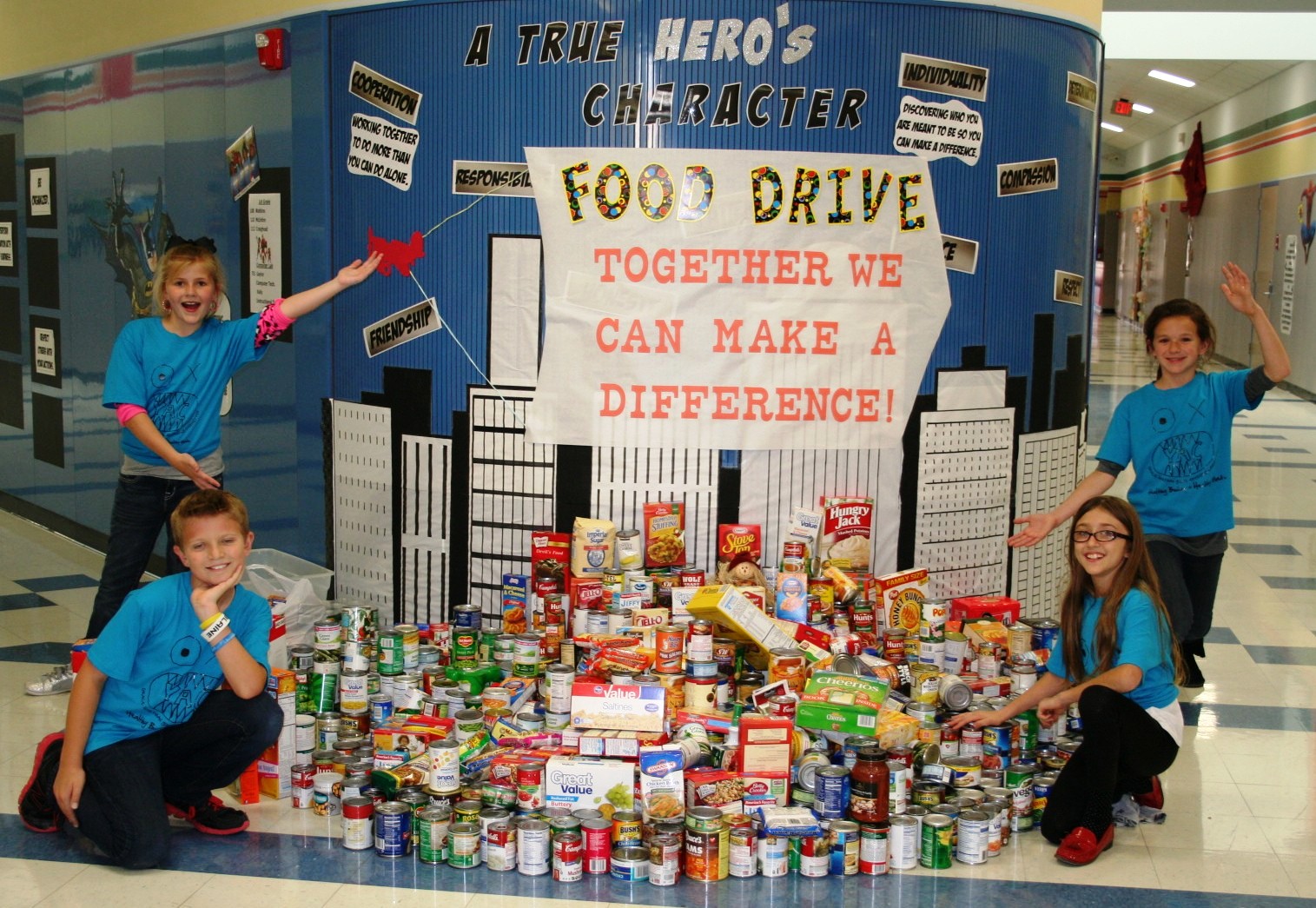 (Rockwall ISD – November 16, 2012) Grace Hartman’s Youth Advisory Council organized a food drive to benefit Helping Hands. YAC is made up of students from 5th and 6th grades and they participate by giving  input on nutrition for the Hartman campus. The students went on the school’s daily news program to inform students of […] 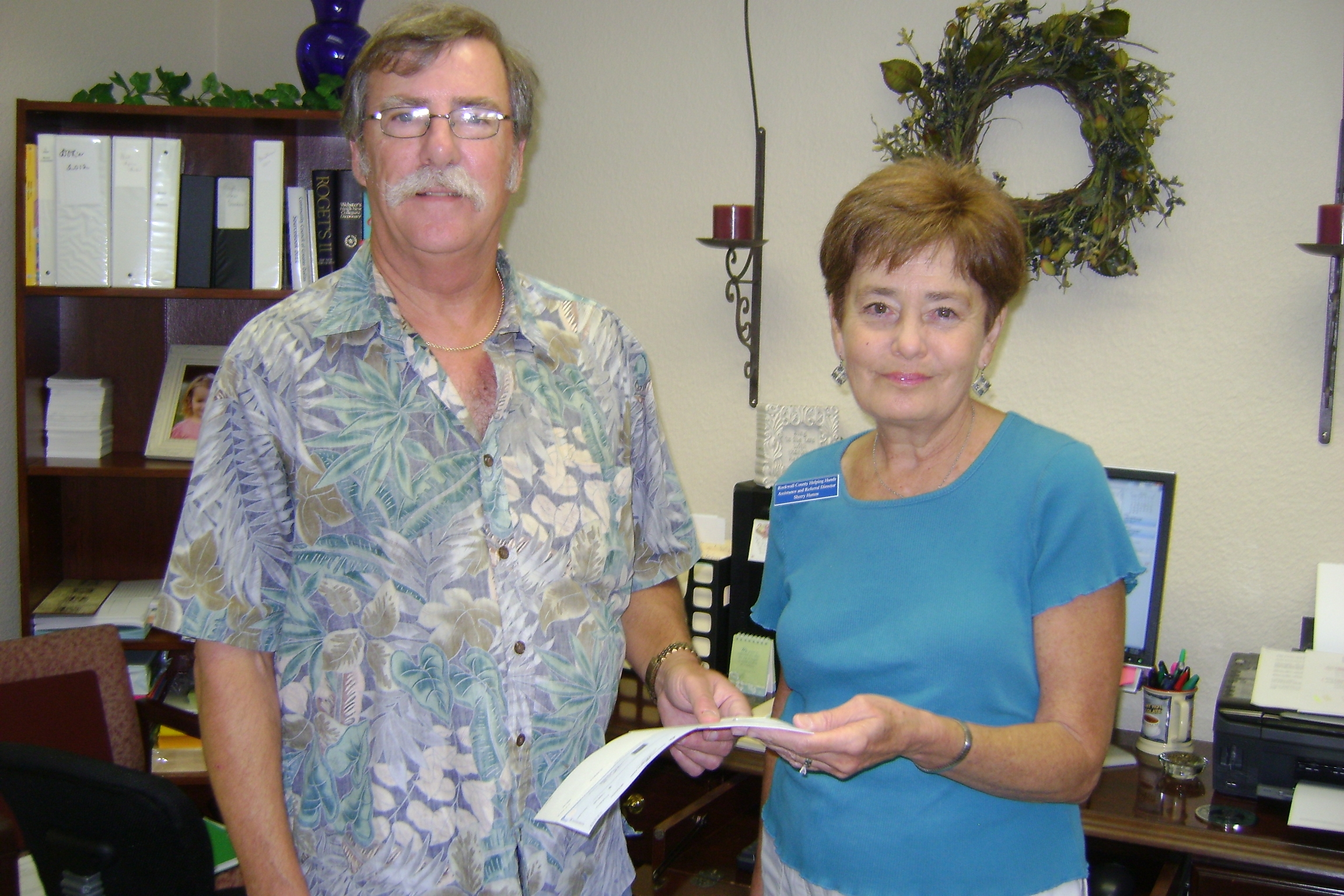 (Rockwall) July 31, 2012 – Greg Blair of First Presbyterian Church in Rockwall presents a $400 donation to Sherry Hamm for the Food Pantry at Helping Hands. Blair is chairman of the church Missionary Committee, and Hamm is Director of Assistance and Referral at the non-profit critical assistance agency that serves Rockwall County. “Helping Hands […] 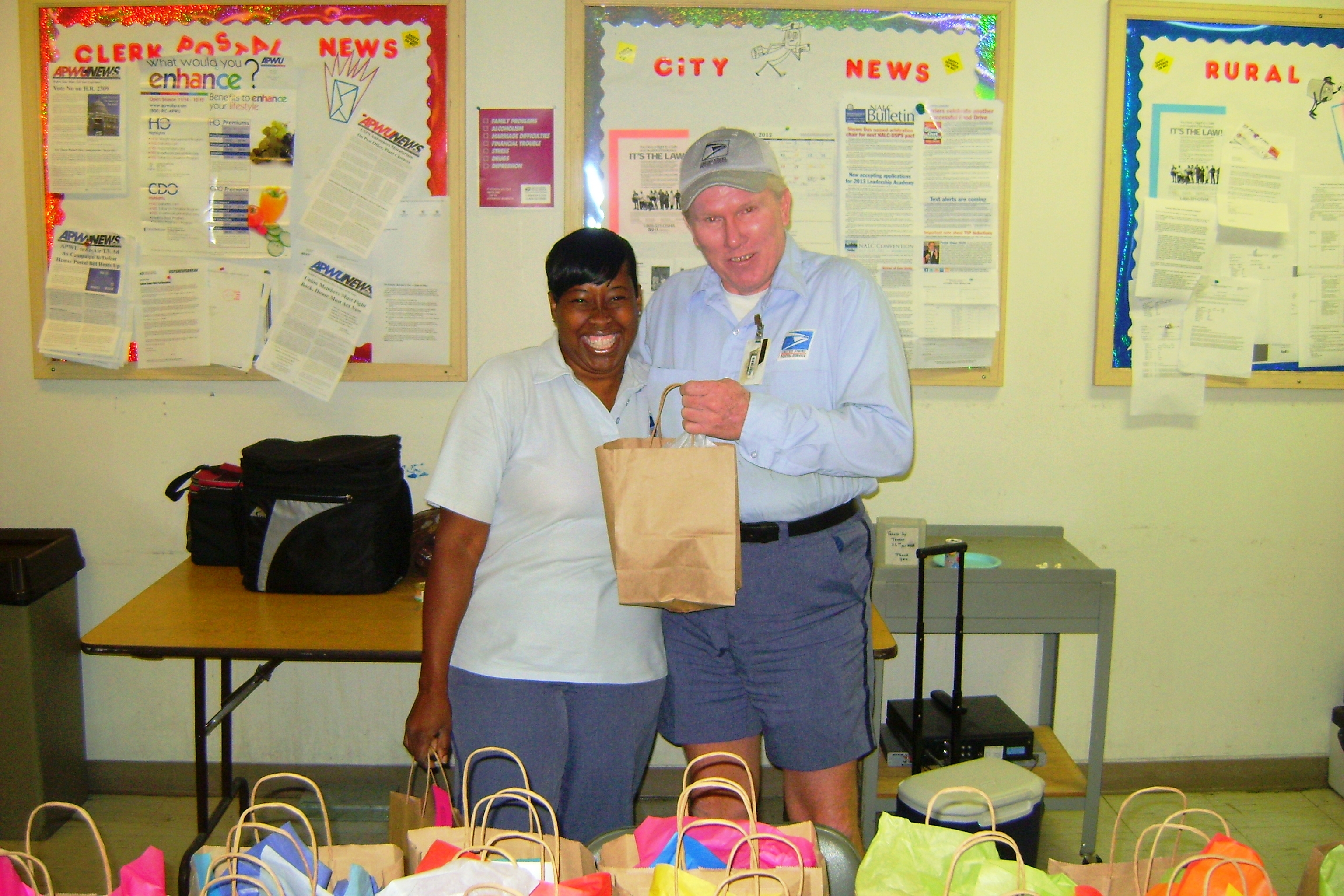 (Rockwall) July 31, 2012 – A big “Thank You” was delivered to the Rockwall Post Office by Helping Hands for postal workers’ efforts filling Food Pantry shelves. Post Office employees participated in the National Association of Letter Carriers Stamp out Hunger Food Drive in May. “It brought in an enormous amount of food, which postal […]