(Wylie East High School) Looking around at all the cars in the WEHS parking lot, students will often stop and do a double-take when they see math teacher Shannon Ainsworth’s low-speed battery operated vehicle which she calls, “Zippy.” The golf cart has flames on the side and also a skull with the East symbol on […]

(Wylie East High School) On Sept. 29, members of WEHS’s varsity volleyball team and several other close friends of Carey Strong watched as she signed her letter of intent to play college volleyball at Oklahoma Baptist University. “This is a pretty big deal for her,” Coach Kelly Lyons said. Her friends and family hosted a reception to congratulate […]

Wylie East shooting star: on the field, in the classroom

Varsity soccer captain Leslie Snider has played soccer since she was a little girl. “Every four year old plays soccer,” Snider said. Putting points on the board is her passion, with every goal scored, Snider feels rejuvenated. “I feel successful and encouraged to score another goal,” Snider said. The game strikes an adrenaline rush, keeping […]

Wylie East High School will celebrate Homecoming the week of Oct. 24-28. The Homecoming Parade is Monday, Oct. 24. Due to a scheduling conflict, the Homecoming Dance is not the Saturday after homecoming. Instead, it is Saturday, Nov. 5. Homecoming Spirit Days are as follows: Monday, Oct. 24 – Raider Spirit Shirt and Jeans Tuesday, […]

Glow in the dark pep rally at WEHS (video)

(Wylie East High School) The Wylie East Raiders hosted their first pep rally of the year on Friday, Sept. 9. During the pep rally they had the lights off and did alot of things with glow sticks and glow necklaces. The students really enjoyed the Rally to prep them for the Raiders first home game, […] 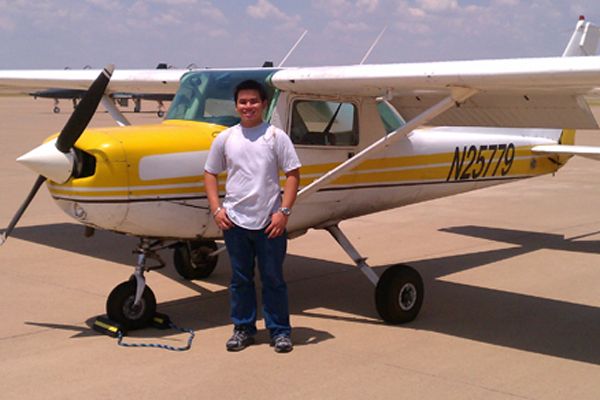 (Wylie) When JC Bernarte was younger he never realized his dream would come true, but on Aug. 12 he spread his wings and flew for the first time. Joining ROTC was more than an educational experience. ROTC is where Bernarte first found his love for planes.  At the end of last year, he received a scholarship, […]