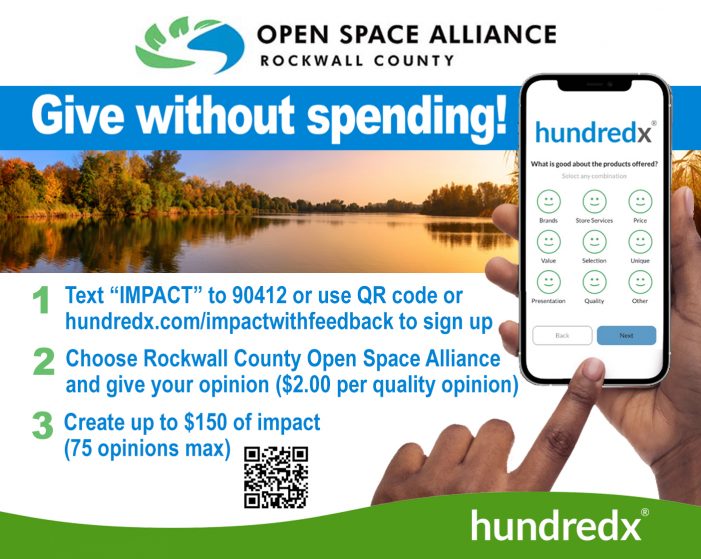 ROCKWALL, TX (Aug. 8, 2022) Want to support Open Space without spending a penny?  Here’s your chance!  Complete short consumer surveys right from your phone to generate donations.  To get started, go to: https://hundredx.com/impactwithfeedback The Rockwall County Open Space Alliance is a 501(c)(3) nonprofit formed to support its mission to Save Open Spaces in Rockwall […] 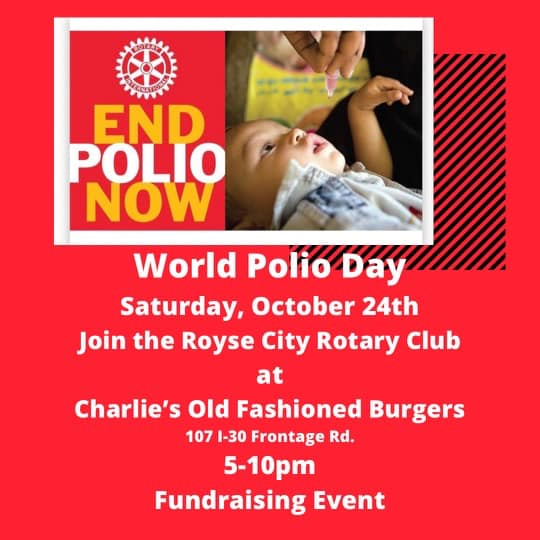 (HEATH, TX – Nov. 25, 2019) The City of Heath today launched Parks And Trails Of Heath, a new fundraising program that gives citizens and local businesses the opportunity to help accelerate the expansion and improvement of the City’s parks and trail system. Charter donors who have made the startup of this City of Heath Park […]

Neighbors helping Neighbors in Rockwall County UPDATE – After the story below was published in our latest print edition, we received the following update from G. David Smith:  (June 24, 2015) After another torrential downpour on Sunday, the efforts to recover from prior flooding in Lake Rockwall Estates were stalled.  Temporary housing is still being […]

ROCKWALL, TX. (July 1, 2014) First Christian Church is  inviting you to join the Community Picnic benefiting Helping Hands,  Saturday July 12 from 4-7 PM on the church lawn. There will be hot dogs and drinks as well as games and fun for all ages! Bring a blanket and some lawn chairs to sit on. […]

ROCKWALL, TX (March 10, 2014) Rockwall-based United Elite Cheerleading is one of 500 gyms invited to compete in May at Walt Disney World, and they are raising money to cover their athletes’ registration feeds that total nearly $20,000. The Summit National Championship is a prestigious competition created for the best cheer teams from across the […]

(DENTON-February 24, 2013) DoubleDave’s Pizzaworks in Denton will host a fund-raising event Wednesday, Feb. 27, to aid the community-service work of social work students at Texas Woman’s University. Ten percent of all money collected from sales between 5 p.m. and 9 p.m. will go toward the students’ community project, the annual Walk Against Child Abuse. […]

Fantastic fundraising campaigns are underway to help the Rockwall-Heath JV Star Steppers and the Maurine Cain Middle School Mustang Dancers build funds for uniforms and competitions. To support these local drill teams, look the schools up at FundHub. Campaigns end April 16. Submitted by Kristina Johnson. To submit your news and events, email .