(ROCKWALL, TX – Nov 4, 2015) Rain did not slow down the Nebbie nation at the school’s annual Walk-A-Thon last Friday, Oct 30. The kids had a blast following some of the Rockwall High School drum line, cheerleaders, drill team, and basketball players around the school to kick off the day and show their class spirit. Each grade […] 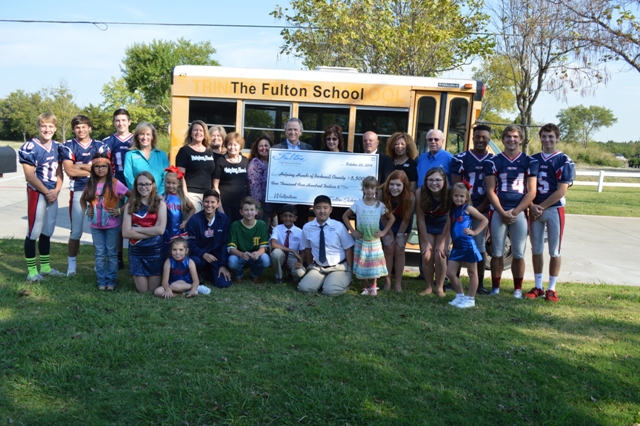 ROCKWALL/HEATH, TX (October 23, 2014) Helping Hands of Rockwall County partnered with Fulton School parents, students and staff and raised $22,000 during the walkathon event at the school campus on Sept. 15. With the partnership, Fulton donated 25 percent of the funds ($5,500) to Helping Hands. Around 130 Fulton students ages 3-18 walked anywhere from […] 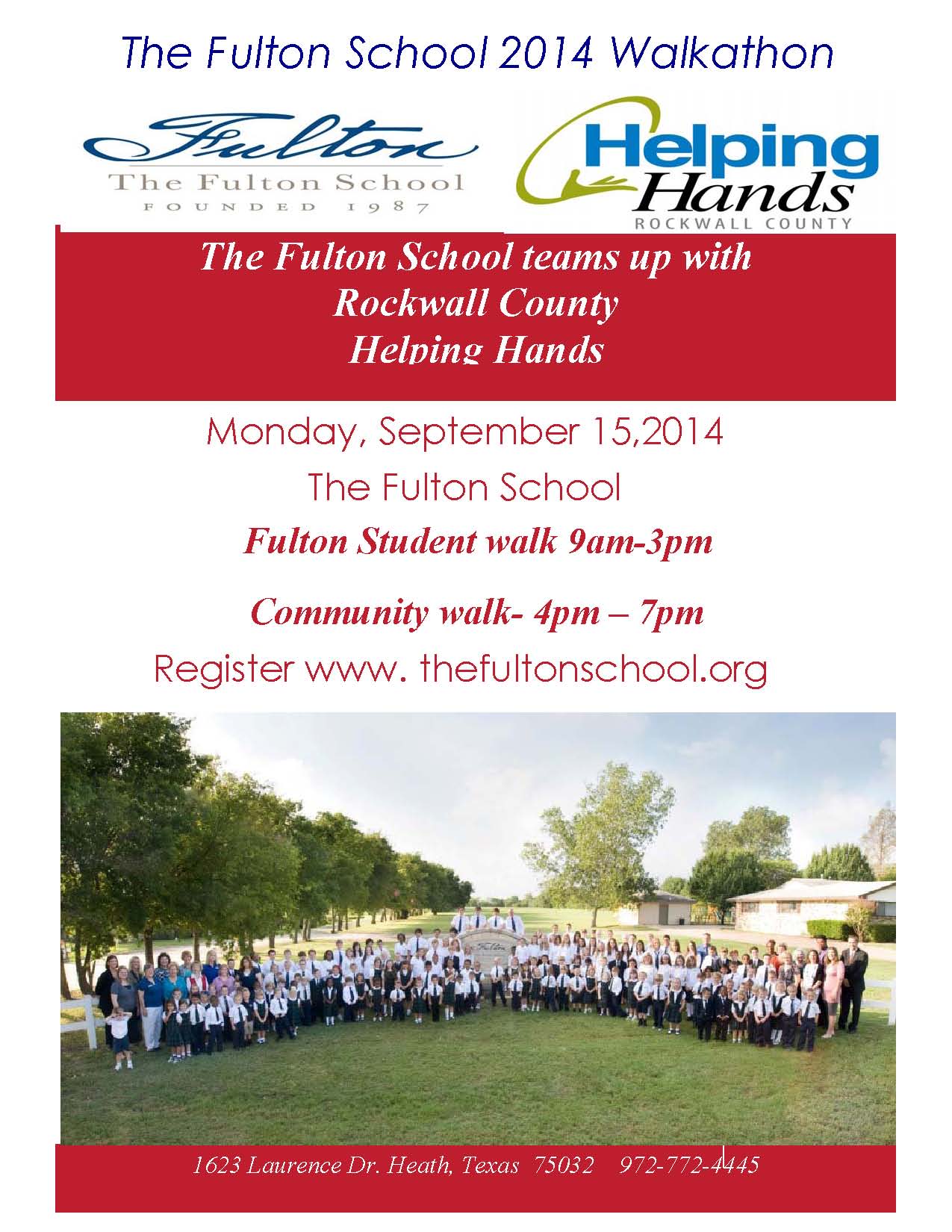 ROCKWALL/HEATH, TX (September 5, 2014) The Fulton School, located at 1623 Laurence Drive in Heath, and Rockwall County Helping Hands are teaming up for a Student and Community Walk-A-Thon Monday, September 15. The Walkathon is a fundraiser to help support the needs of Technology for The Fulton School. At the same time a portion of […]