(GARLAND ISD, TX – August 26, 2015) High-fives, hugs and smiles were buzzing across Garland ISD as 71 campuses welcomed students to the first day of school Aug. 24. “With innovative teacher trainings, exciting staff development activities and an inspiring Convocation, we were more than ready to greet students and kick off a new year,” […] 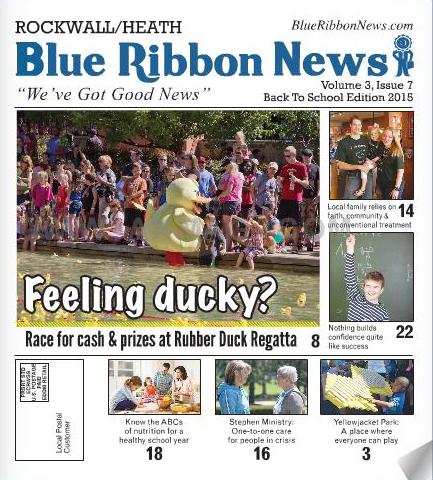 Annual Subscription Service Now Available for those living outside our Rockwall/Heath free delivery zone ROCKWALL/HEATH/FATE, TX (August 18, 2015) Here’s a digital look at our latest print edition which is on its way to more than 18,000 homes and businesses throughout Rockwall and Heath this week.  And we recently began delivering to the Woodcreek community […]

Save the Date: FUMC Rockwall ‘Tis the Season Bazaar Nov 7

(ROCKWALL, TX – August 15, 2015) First United Methodist Church Rockwall, located at 1200 Yellowjacket Lane, will host its annual ‘Tis the Season Bazaar from 9 a.m. to 3 p.m. Saturday, November 7. The community is encouraged to come get a jump on holiday shopping at this much-anticipated event, where shoppers will discover handmade crafts, […]

Save the date for Royse City FunFest, Oct 17

(ROYSE CITY, TX – August 11, 2015) The Royse City Chamber of Comerce’s  FunFest 26 is going to be filled with things to do for all ages. RunFest 5k will start the morning of October 17th off with a bang.  Proceeds from RunFest will go toward restoring the historic Calaboose in downtown Royse City. Come […]

(ROCKALL, TX – July 31, 2015) The Rockwall Area Chamber of Commerce will once again host the Rockwall ISD New Teacher and Employee Breakfast, an annual event which serves as an opportunity for the local business community and schools to connect. Presented by Rockwall Indoor Sports Expo (RISE), this year’s event will be at 7:30 […] 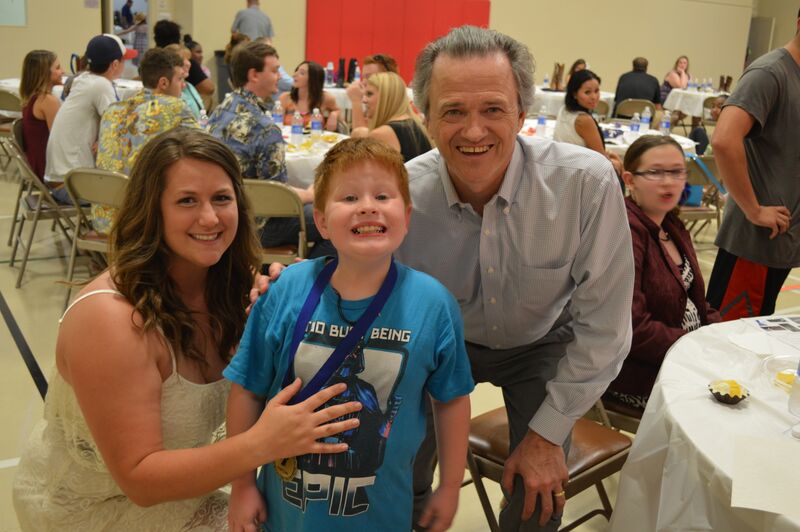 Save the date for the Rockwall Art League Fine Art Show

(ROCKWALL, TX – July 20, 2015) The Rockwall Art League will present “Inspired,” it 15th Annual Fine Art Show, October 2-4 at the Rockwall Rotary Building, 408 S. Goliad St. in Rockwall.  The show is free and open to the public. It will be judged by artist Carol B. Mitchell. An Artist Meet and Greet […]

DALLAS, TX (July 13, 2015) The official list of participating restaurants has been unveiled and reservations are now open for the summer’s hottest dining event, the 18th annual DFW Restaurant Week presented by Central Market. Dine out to enjoy delicious three-course prix fixe dinners ($35 or $45) and two course lunches ($20), discover more than 125 […]

ROCKWALL, TX (July 8, 2015) The second annual Rockwall Classic Golf  Tournament was held June 29th at the Rockwall Golf & Athletic Club (RGAC) benefiting Rockwall County Helping Hands. Competition began with lunch sponsored by Jersey Mike’s, shotgun at 1:00pm followed by dinner by RGAC and awards. Thanks to all of the participants, volunteers, and […]